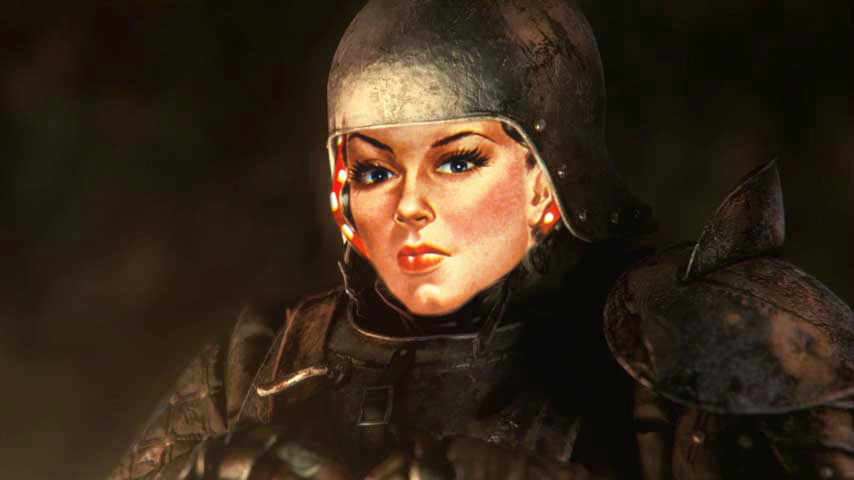 Before I begin, I want all of you to do me a quick favor: read the title of this article a second time. Now let your reaction linger a bit. Savor the flavor. How was it? Bitter? Spicy? Did you dismiss the potential aftertaste? Most importantly, did you attempt to guess the ingredients?

I indulge in such filler for a reason: Thus far, you’ve been given but a sample of what’s to come. The purpose of this is to simply help you decide whether or not to take the next step of purchasing the full product or, in this case, reading on.

Deep Down is an unfinished work, virtually unknown to everyone other than those directly influencing it. Its details are as scant as they come, though one bit of information (the fact that it is omitting playable females) has already driven people to spit it out before they’ve even put it in their mouths. And that’s perfectly fine; it’s everyone’s prerogative to withhold their patronage, even if the reasons are superficial.

But it didn’t stop there. Tragically, it almost never stops there. Despite only receiving a mere whiff of the dish to be served, critics and customers alike assumed they knew exactly what was coming.

With a blatant ignorance of the chef’s intentions, people have already labeled this particular meal as “disgusting.” 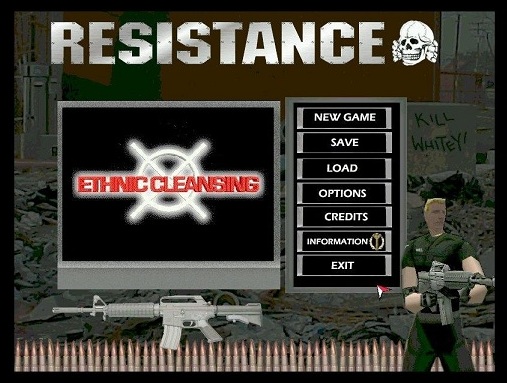 I knew for certain I would abhor this, so I didn’t play it. Simple. Done deal.

I’m struggling to move forward with this bit because, well, I honestly never thought I’d have to write it. I had enough faith in my peers to assume that the common sense “don’t judge a book by its cover” principle could go unsaid. Nonetheless, here I am.

I’ve written a lot of previews in my day, and one thing I’ve learned from it all is that neutrality amongst the entire process has remained relatively consistent. Sure, a writer will state a slight concern from time to time, but judgment is ultimately reserved for the final product. The most adequate word to describe the logic behind this would be “duh.” Deep Down is no more or less worthy of being critically crucified than any other unreleased game. Why? Because, and do listen carefully: NOBODY HAS PLAYED IT YET.

As expected, a common query has been “Well, what plot device could possibly justify leaving out playable female characters?” That’s actually a fantastic question. I wonder that very thing, to be honest. Let’s give the developers a chance to answer it when the game is released later this year, rather than answer it for them with our own morally charged accusations. Fairness goes both ways. 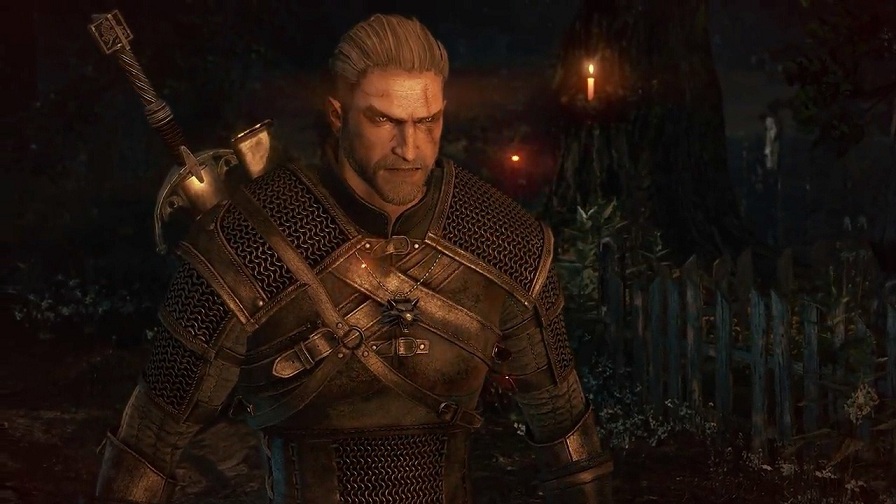 Intent? But I want ketchup!

Imagine I’m a game designer and I decide to craft an experience based on the consumption of fast food. Not only is it the sort of lighthearted frivolity that everyone can enjoy, but it also retains finely crafted technical qualities and can adequately appeal to a particular demographic. But then people approach me with an appeal to change the game’s theme to health food. They argue it will send a “positive message,” as well as balance the scales in favor of a theme that hasn’t seen much screen time. As a creator in the service of my creation, my instinctive reaction would be “And?”

In most cases, artists care about their work alone — its own personal qualities and merits. If Capcom wants to devise a narrative based around an all-male cast, it’s their centuries-old right as artists to do so. And unless you can provide a reasonable argument for why they should include females (based solely on the logic of the art), they have every reason to ignore your criticism. You do not owe them your money, and they do not owe you their focus, nor are they responsible for your social and political concerns.

This would apply equally if, in some other universe, Capcom decided to include an all-female cast. The vision is ultimately theirs — a composition that they feel is intriguing enough to draw an audience, yet retains its own self-serving excellence. This is how you respect video games as a freely expressive form of art without looking blatantly hypocritical. You can’t only admire and respect the artform when it does what you desire, even if that is rarely the case. I know, it’s incredibly inconvenient, but that’s what happens when you have no control over something that, ultimately, has no control over you. 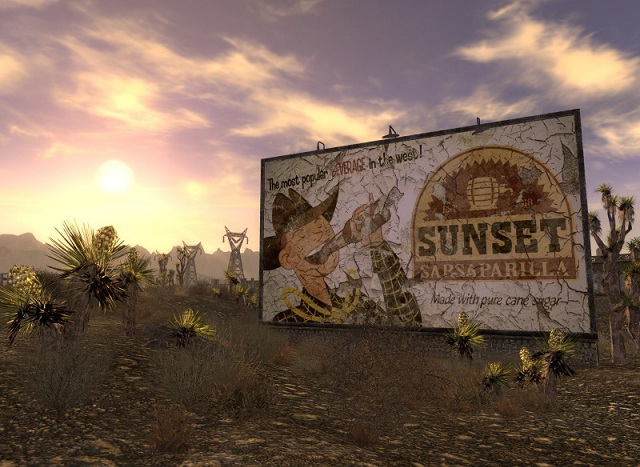 I know it’s the hopeless post-apocalypse, but…some color would have been nice. More blue. I love the color blue. Yeah.

No foreign food on the menu? Bigot…

I’ll admit, it’s difficult for me to write about this subject with a mild disposition. I have the utmost respect for artists, and so I grind my teeth whenever people (especially “professional” critics) vilify and maliciously label them based on certain qualities of their work.

Deep Down is deemed guilty of “sexism” by omission, which is to say the same individuals would consider the game “racist” for not providing a cast that resembles a Captain Planet episode. This short-sighted logic is driven by sheer accusation, plain and simple. It’s a weak attempt to paint a scarlet letter on people who want nothing more than to construct something admirable and entertaining. It’s slighting years of hard work in an instant by tossing it to the floor with a forced scoff of self-serving contempt.

I’ve stated on multiple occasions that most artists want their work to speak for itself, and this is a fine example of why. It has nothing to do with getting out of personal responsibility, but rather a desire to avoid the inevitable obdurate cries of those who want to correlate them and their art with the ills of society. Because Deep Down doesn’t feature female characters, those involved have now become a part of the many problems that women face in today’s cultures.

Though I am quite aware that this will be passionately denied: If you’re the type of person who perpetuates such blind, slanderous accusations, you’re no different than the obtuse politicians and soccer moms who have blamed video games and their designers for school shootings and random acts of adolescent violence. Let that linger a bit. Savor the flavor. 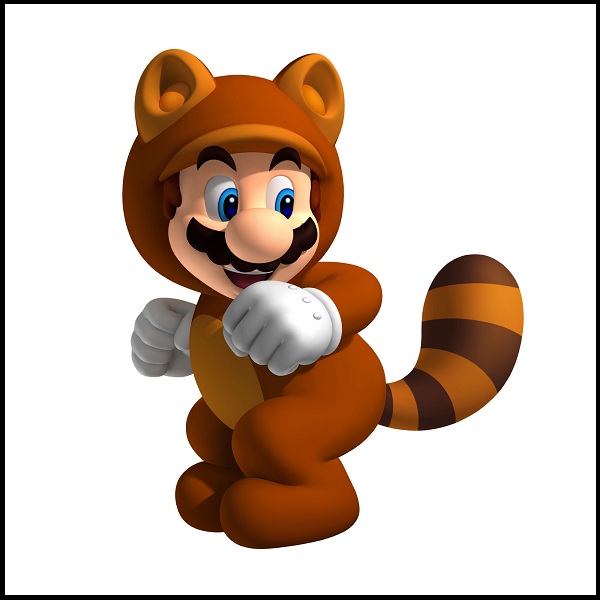 And neither does mine. Dragon Age doesn’t give a damn that I’m sick and tired of Scandinavian mythology. The Stanley Parable could give two shits in a paper hat about how I’m disappointed in its lack of mechanical design. I’ve always viewed Final Fantasy as an eclectic, messy mishmash of clashing and conflicting elements, yet, I’ll be damned, number XV is in development this very moment.

Artistic expression will always be chaotic in relation to our personal realities. If one thing is going to unfailingly deny us the comfort of consistency and complacency, it’s certainly going to be this anarchic gathering of varying perspectives. I know this will sound harsh, but those in the art world who care about your individual security will ALWAYS be in the minority. With over seven billion jittery, jabbering brains on the planet today, yours and any others like it are not any more worthy of consideration from a creator. And they will exercise this privilege until you’ve starved yourself in protest, as tragic and unfair as that may seem to you.

If you can’t enjoy Deep Down unless you superficially relate to its characters, don’t buy it. The developers weren’t required to have you in mind, nor are you obligated to pay them for such dismissal. If you’re disappointed that Capcom isn’t adhering to the type of character customization that’s common in RPGs, that’s nobody’s fault but your own. Nowhere is it written that their games must adhere to such qualities. And if you can’t hold off on defamatory, resolute conclusions until the game is finished and all relevant information is exposed, your voice undoubtedly deserves to be lost amongst the sea of white noise that is the common, bickering, narcissistic public.

The word “lazy” has been tossed around during this whole commotion, but the only lack of effort I’ve yet seen comes from those who can’t bring themselves to reserve their critique in the face of an uncooked entrée. With that, reason dictates that I stand in favor of the work that hasn’t been allowed to speak on its own behalf, as well as the right of its creators to disregard the palate of those whom have cut out their own tongues.

And if you think I’m at all wrong about any of this, do let me know. Give me a nice, juicy counter-argument. Trust me, I can handle it. I can defend my points without closing the comments.