Nintendo’s Year of Luigi is almost over, and with the recent news that a new Seiken Densetsu (Secret of Mana) game called Rise of Mana is coming to iOS and Android, it’s time for the Year of the Mana Tree. Below you’ll find my suggestions for what I would like to see Square Enix do to revitalize one of its most treasured Japanese role-playing game franchises and how not to screw it up again.

Do include good online play

I love having Secret of Mana on my iPad Mini, but it was incredibly disappointing that one of the coolest features — the multiplayer part, where you could play with two other people — was removed. Each subsequent Mana game has ignored this feature or lessened the quality by limiting you to one extra person instead of three. Rise of Mana has co-op already included, so that’s good, but again, it’s only for two players. 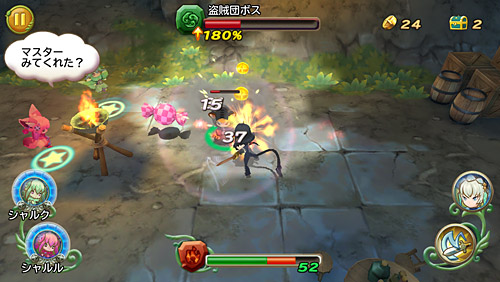 If the co-op has to be limited to just two people, try adding some extra game modes that support more players and find innovative ways to make the experience unique.

Don’t nickle and dime us

Although I wasn’t thrilled that Rise of Mana is only coming to tablets and smartphones, I’m just happy to get a new game. However, what concerns me is that it’s free to play, and I hope that Square Enix doesn’t lock story content or essential gameplay options behind a pay wall. It could really zap the fun out of the game if you have to pay for every weapon, magic spell, and piece of armor, and it could create an unfair advantage between players who purchase extra content and those who do not.

Do keep the gorgeous artwork, music, and quirky characters

The qualities of the Mana games are pretty consistent, so I generally don’t worry about Square Enix changing the series’ traditional style. What I’ve seen from the Rise of Mana trailer looks pretty good: It has catchy music and excellent new designs of classic enemies, and the gameplay looks promising.

A storyline I actually care about that’s similar to Secret of Mana is something I do want, though, but I guess that might be expecting too much from a mobile/tablet game. So how about multiple playthroughs with different character perspectives like in Seiken Densetsu 3?

Despite some over-spamming of magic spells that made boss battles too easy, I thought Secret of Mana had the best gameplay and menu systems out of all the series. However, with each new game, it seems to get worse and worse.

Why limit players to only one equipped magic spell at a time? Why make commands and story missions more complicated than they need to be? Why copy Kingdom Hearts and Half-Life 2 when your game helped define Japanese action-RPGs? Square Enix should stick to the basics and add slightly new innovations that don’t break the gameplay.

Do rerelease older games to get people excited again

To start off, why not release the first Mana game, Final Fantasy Adventure, on the 3DS Virtual Console? Or even better, release Seiken Densetsu 3 to a Western audience as a digital download for PlayStation Network, the Nintendo eShop, Xbox Live, or a mobile device since most Americans haven’t played it and only a fan translation exists online.

Also, the iOS port of Secret of Mana is good, but how about a remake on 3DS with a nice graphical upgrade like what we saw with The Legend of Zelda: A Link Between Worlds? Even a port of the DS’s Children of Mana or a remake of Legend of Mana aren’t bad ideas. Those games had potential and, if reworked, could actually be pretty good. 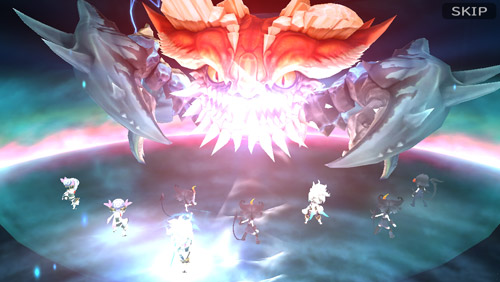 Don’t let us down again

The biggest reason why I want 2014 to be the Year of the Mana Tree and for Rise of Mana to succeed is that Secret of Mana was my favorite game growing up as kid in rural Wisconsin, and every time I’ve played a new Mana game, I’ve been disappointed. Seiken Densentsu 3 got cancelled for an U.S. release, and although I finally played it on PC many years later, I didn’t think the gameplay was as good as Secret of Mana. Years ago, I was ecstatic when I first heard of Legend of Mana because it looked gorgeous and had wonderful music, but the gameplay was boring, and the plot was nonexistent for the most part.

All the other Mana games have been disappointing as well, like Sword of Mana, a sub-par action game for Game Boy Advance. Children of Mana was a good dungeon-crawler but not much else. Dawn of Mana was a lame Kingdom Hearts clone, and Heroes of Mana was strategy game that played nothing like the previous Mana games. Get me excited about the Mana franchise again, Square Enix!

It’s certainly tough to be a Mana fan these days, but I’m optimistic about Rise of Mana, and I will support it as long as it’s a good game and not an excuse to overcharge people for a complete experience. If Rise of Mana turns out to be great, then maybe Square Enix will green-light another title for PlayStation 4 and Xbox One that’s a true successor to Secret of Mana. Isn’t that reason enough to be excited for 2014 to be the year that the Mana Tree comes back and restores the series to its former glory?