I was thinking back to the days of Mech Warrior on the PC, and among the nostalgic Oregon Trail memories, this game stuck out the most: 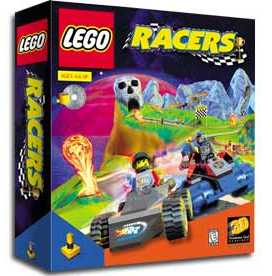 I played Lego Racers religiously. The level of difficulty was, in my opinion, perfectly designed. Actual game mechanics were basic, but I think the challenge of map memorization hooked me.

From traditional arcade racing games to sim racers and immersed virtual reality racing like Oculus Rift’s DriVR prototype, the genre has always interested me for one big reason: speed addiction.

Whether it’s Mario Kart, Need for Speed, Burnout, or Split Second, I feel like we all have some innate or natural desire to max out the dial and ram headlong into opponents. I think every genre has a type of boundary we try to find and then break. 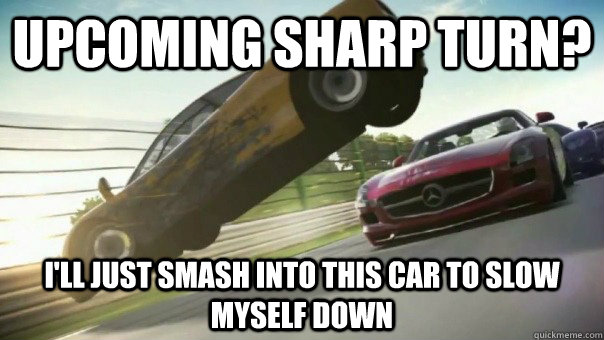 In fighting games, it’s mastering an unrelenting combo that renders your opponent’s chance to recover futile. In real-time strategy games, it’s being able to dominate as many lanes as you can while expanding the variety of champs/heroes you have mastered (at least for solo queue). In Grand Theft Auto-style open-world adventures, it’s seeing how much we can piss off law enforcement, or simply, how much anarchy we can cause.

In racing games, I feel like the boundary is super specific but also hyper addictive. If you have a daily commute like me, then we share a subconscious acknowledgement of speed limits.

Don’t you ever get those thoughts, as brief as they are, of just ramming through traffic or blasting up to 120mph on an open road? Or serving justice when a road rager cuts people off? Maybe I need to see someone about these thoughts … .

Anyway, racing games give us an environment to remove all of these limits and cause absolute havoc. Some are a bit more realistic, though, and force us to maintain some level of speed control, drifting, and gear shifting.

This is the DriVR game for the Oculus Rift. Holy guacamole, that looks sweet.

I’m worried about the price tag, though, for a complete VR racing experience. 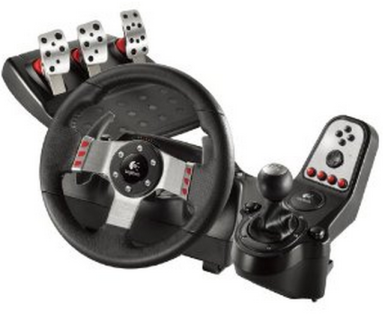 This is the Logitech G27 racing wheel, which sells for about $300. Coupled with a nice headset and the commercial version of Oculus Rift, we’re probably looking at a package close to $1,000. Sure, it’s not much for getting on the bleeding edge of gaming technology, which should be labeled as the 9th generation (if Xbox One and PlayStation 4 are considered the 8th generation, I’m assuming head-mounted displays are the 9th), but it’s definitely going to be a hyper-gaming niche. I don’t mean racing games as a genre since a keyboard or standard controller sync fine. I mean the dedicated racing developers that are building the best sim experiences they can. In that context, this is actually a relatively cheap option compared to: 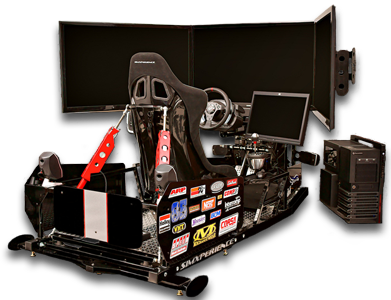 Massively multiplayer online racing, most notably the iRacing leagues, stress the idea of creating vehicle modeling and physics engines that allow for a “true” racing experience. This leads to two, maybe three type of racing gamers:

As the new VR model becomes commercialized, I’m curious how our current speed addiction will change. Maybe it will be therapeutic. We can really feel like we’re immersed, flying down a highway at 120mph or serving justice to those road ragers.

The potential of immersion and reality manifestations is pretty wild to consider. Imagine driving down re-creations of the world’s fastest roads, which would give us as close to a “visit” as possible without leaving our rooms. After seeing the Google Tango project, I started picturing some kind of drone like the one Amazon teased us with, which would model bits and pieces of our world for game developers to manipulate into a near-perfect render of reality. It’s not that far-fetched, right?

If the current model is a phone with beta dev kits already in the processing stage, it wouldn’t be unreasonable to assume a functional low-gliding drone could register maps in 2024 (or sooner).

What do you think the future of VR racing, or “reality-driving” games, will be like?