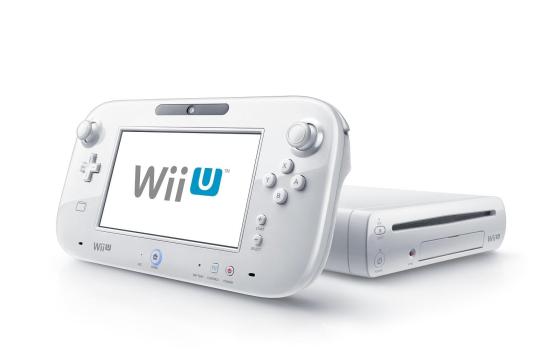 If you grew up in the 80’s Nintendo was the brand to watch. More gamers can look back to a classic Nintendo title as their introduction to video games than any other company in the industry. For good reason too, the list of games Nintendo released during the NES and Super NES era that are masterpieces is astronomical. The original Legend of Zelda, A Link to the Past, Metroid, Super Metroid, Mario Bros., Super Mario Brothers 3, just to name a few, are all games that are universally loved to this day.

Through the release of the N64 Nintendo was still revolutionizing the way we played games. Mario 64 invented the 3D platformer, Ocarina of Time brought us a fully realized 3D world that was ours to explore, even Starfox taught us that we wanted our controllers to shake with the inclusion of a “Rumble Pack”.  Nintendo was making games for gamers, they were doing things on their consoles that paved the way for what gaming has become today.

Then the Wii came out. Nintendo’s new console with a funny name promised gamers far too much and delivered on very little. The E3 that debuted the Wii had a  Red Steel Reveal Trailer that made it look like we would never play games the same again. The gameplay they showed had the player aiming his controller, making precision shots on enemies, twisting his hand to rotate the onscreen gun and intricate sword fighting sequences.

The Wii’s reveal had gamers drooling, imagining the possibilities of what would become possible with this new method of playing. Looking back now it’s hard to believe that there was ever a time when motion gaming was something to be excited about. Nintendo enjoyed massive success and went on to sell 100 million units of the Wii. Motion control was introducing gaming to a whole demographic that had never played games before.

Nintendo supported the platform with some spectacular first party games, Twilight Princess, Mario Galaxy, Metroid Prime Corruption and there wasn’t anyone that didn’t love Wii Sports. For the first time in a long time Nintendo was even gaining massive third party support. Developers wanted to cash in on the Wii’s huge install base, but they didn’t care about the quality of the games they were putting out. To make matters worse, first party support eventually dried out, Nintendo was content to let third parties make awful games for their console by the droves.

While they made obscene amounts of money with this strategy and made the Wii the best selling console in years, Nintendo had abandoned their core audience, a mistake that is costing them dearly today.  An article from Polygon  in January reports that the Wii U has only sold 5.86 million units worldwide since its release on November 18, 2012.  To put that in perspective, the Playstation 4 has sold 7 million units worldwide since its release 6 months ago.

The marketing behind the Wii U was a muddled mess at best. Even people that followed the industry closely weren’t sure if it was a peripheral for existing Wii consoles or if it was its own console entirely at first. If industry insiders and gaming fans are confused about what your new product is, how do you expect the casual market to react?

The reason the Wii U is underperforming so dramatically isn’t just because of its poor marketing, it’s because they put their faith in a fickle casual market and abandoned the core gaming audience. The Wii burned gamers that had loved and supported Nintendo for years and as a result they are cautious of jumping in on another home console made by the same company. The games that came out during the last generation, combined with Nintendo’s aggressive marketing slant towards the casual games market, made it abundantly clear that the Wii wasn’t the console for the hardcore gamer.

Can Nintendo recoup and gain back the trust of the people that helped make their company great? No. Not this generation, it’s already too late. Microsoft and Sony’s new consoles are already out and gamers are excited to see what the new generation is going to do. Many people don’t even consider the Wii U as a next gen console because of its limited graphical capabilities.

Nintendo’s gamble with the Wii paid out in the short term, but is hurting them in the long run. They still have a long way to go before they prove they’re worthy of trusting again. While the Wii U will undoubtedly be looked back on as a massive failure, perhaps Nintendo will learn from their mistakes in time for the release of their next home console.