Since I’m better at writing than I am at speaking, I think I’ll take this time to talk about something important. Now, as a disclaimer, I’m still continuing to do Let’s Plays (LPs) — aka recorded commentaries of game playthroughs — and I very much want to show off the games in my library and my experiences with everyone. What I want to talk about today are some of the issues that plague many upcoming Let’s Players out there and how you can become one if you really want to show off your gaming talent, especially in this fast-growing community.

As you know, there are a lot of LPers out there on YouTube and other sources such as Blip. They had the advantage of starting during YouTube’s infancy and have since developed large fan bases and followings. Prominent examples include slowbeef, diabetus, HCBailly, NintendoCapriSun, Chuggaaconroy, PewDiePie, The Runaway Guys, Maximilian (YoVideogames), and most recently Game Grumps. These guys have been a part of the community for a long time and are well respected. As for some of the newer LPers, they’re having a rough time getting to that point. I’m here to give a few pointers taken either directly or indirectly from vlogs that these people have made to help alleviate some of the concerns young LPers have regarding getting views, subscribers, a fan base, and so on.

Fame doesn’t come overnight. It took these people months and sometimes years to get where they are today. If you’re coming into the community expecting to get thousands of subscribers and views within a few weeks, chances are you’ll be out of luck for a while. You need to establish yourself first, and that is no easy feat. Don’t go into this looking to be the next PewDiePie. Just do it because you want to.

So how does one establish himself into a growing and often competitive community? That’s actually a tricky question to answer. The best advice given from most LPers is to be you, and I couldn’t agree more. Don’t try to come up with a gimmick on the spot, and don’t try to go ahead and create some catchphrase or something that’ll wear itself out too fast. Those are just things that other LPers do regularly because it helps define who they are. Just do what you normally do with video games, but let your thoughts come out into words. Remember, Let’s Plays aren’t just walkthroughs; they’re meant to entertain in some way.

Another way is to just be a consistent commenter and poster on YouTube. People get to know who you are just from the comments you leave on certain videos and from the frequency of your videos, so they’ll know you’re a good and reliable source. Granted, I’m still working on the latter (been busy with my real life), but it’s still something to consider even with the content of your videos. Try to form some sort of schedule for your uploads. You don’t have to plan out which games you want to play, but definitely try to be frequent about when you post. 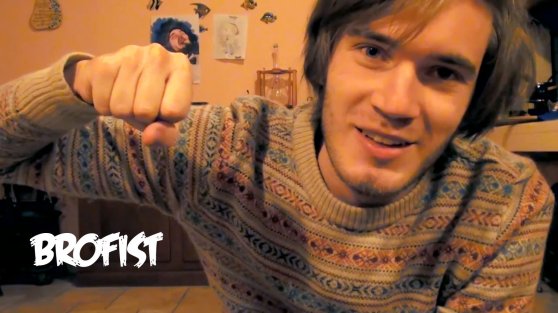 Which comes to my next bit of advice: Don’t be boring! I hear so many people speaking in some monotone robotic voice, thinking that because of the game they play — like Call of Duty, Halo, or even a fighting game — they’ll get views regardless. What it really does is get you nowhere, and it gets old really fast. Be expressive with your speech even if you sound like a dork doing it. What matters is that it becomes entertaining to some extent and gains people’s interest more than just regular talking. Just be yourself. People appreciate when others are genuine.

This factor also applies to the games you do Let’s Plays of. Now, game selection might seem difficult, but it’s really not. Play the games you love. Some people put up LPs of Call of Duty, Halo, or any other first-person shooter multiplayer match, and those games gets views. No disrespect for them as they enjoy the game they’re playing, but the real quality stuff comes from the games you personally enjoy. Games you played as a child are an excellent idea since you know a lot about the game and can often relate stories from your life to that game. It’s these videos that feel more entertaining and are all around easy to make.

Some LPers do something called a blind Let’s Play, where they pick up a game and record themselves playing it for the first time. This can either be a new game that’s been released or an older game that they’ve never gotten the chance to try out. Now, some people can get away with it because they know how to improvise and adapt to new information in a fun way. However, if you don’t know how to come up with good material on the spot, it’s best not to try a blind LP until you know how or else you won’t be as entertaining.

My final bit of advice: It’s OK to make mistakes. In fact, they might be your best work in the entire playlist. Failure videos often turn out to be the funniest, especially if they’re in contrast with how good you are during the rest of the game in general.

Now, I know I’m starting out on the whole Let’s Play deal, but I have seen enough videos to know what works and what doesn’t. I hope this post is a good resource for those who want to get started on making Let’s Plays — whether it’s for a small group of your friends or the larger YouTube community.