Players have thrown digital punches, tempest-size fireballs, and physics-breaking kicks at each other through the Street Fighter franchise since the 1990s, and thanks to the success of the Street Fighter IV series, that is not changing soon.

Capcom just released the latest update to the game, Ultra Street Fighter IV, and the publisher has spent the year building the presence of the competitive scene through the Capcom Pro Tour. But what’s kept SF4 alive for seven years has been its fanbase, those who put work into making each of the now 44 characters the best they can be or who create new videos, tutorials, and artwork that appear every day on dedicated sites like Shoryuken or Event Hubs.

And those who travel to tournaments every week that entertain viewers in person and on streaming sites around the world.

A few years ago on our old site, we recorded the history of the SF4’s updates through the World Warriors who appeared in the games. Now that Ultra Street Fighter IV is out, and with it a new “Edition Select” mode that gives players the opportunity to relive previous versions of each fighter, let’s revisit it and see where the franchise may be going.

The first Street Fighter 4 premiered in arcades in 2008. After almost a decade of ignoring the genre, Capcom and co-developer Dimps decided to keep the basics close to the franchise’s greatest success, Street Fighter II. They used that game’s cast along with four brand-new characters and demon warrior Akuma to create SF4’s roster. The game introduced two new mechanics to the franchise: the powerful Ultra Combo that the player gained by taking damage and the Focus Attack, which will absorb one hit of most moves.

It’s best to start with Ryu, as both beginners and experts favor him because of his fundamental tools that help him handle any situation. The lone traveler benefited from an easy-to-connect Ultra Combo and the ability to make his powerful Shoryuken safe using a Focus Cancel. If he uppercuts his enemy, he can stop the move with a Focus Attack, rush forward and keep attacking. Or he can dash back to safety if he doesn’t feel aggressive. You can never overlook a veteran Ryu player either: Japanese grandmaster Daigo Umehara has been arguably the most famous fighting game player in the world for over a decade, and he continued his dominance with the karate expert by taking the first two SF4 tournaments at Evolution, the world’s largest fighting-game event. 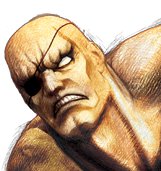 The Muay Thai king had many of the benefits Ryu had along with terrific fireballs, amazing damage, and high health. Sagat placed at the top of high-level players’ character rankings or “tier lists” and was dominant at Japanese arcades, where the nation’s best trained. Many players say, however, he wasn’t as overpowering as previous “top tiers” in the series.

Still, Sagat posed problems for other fighters. Chun-Li could handle him at close range with her superior normal attacks, but she couldn’t match the comeback potential his Tiger Destruction Ultra gave him. The First Lady of Fighting Games can dominate most of the round only to lose because of one mistake. 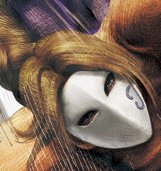 Other contestants like Vega had a rougher time. As one of the worst fighters in the game, the Spaniard relied on stabbing foes one strike at a time, had poor mixups, and didn’t have a reliable reversal move like the Shoryuken. A strong reversal can’t replace good blocking skills, but it makes people more wary of pressing their advantage. 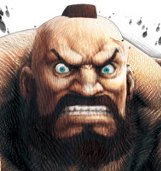 Vega also had another problem: Zangief. The Russian grappler terrorized weaker foes with his nasty Double Lariat and life-crushing Ultimate Atomic Buster. Zangief was a strong force, but lost badly to Sagat. But towards the end of Street Fighter 4’s lifetime, Sagat did have someone to fear.

As a “glass cannon,” Akuma has a ton of great moves but little health. His Demon Flip special move had several variations that allowed him to create a never-ending “vortex” of guessing games, and later people found an effective combo loop involving his long-reaching Heavy Kick. Some theorized that Akuma was the only one who had an even or advantage match-up over Sagat. 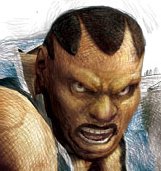 But Street Fighter IV wasn’t all about projectiles and uppercuts. Balrog plowed through the competition with his beastly jab, great normal attacks, and his ability to deal with fireballs using Turn Punch and EX moves that powered up a special at the cost of some super meter. 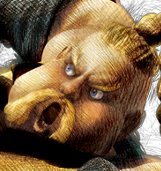 The pudgy Rufus was also a standout from the four new characters. He had trouble against fireballs, but his divekick let him quickly get in and pressure foes. His Space Opera Symphony Ultra could also combo off a variety of situations, and Americans Justin Wong and Ricky Ortiz became some of the first sponsored tournament players through their expertise with the heavyweight. Rufus, Ryu, and Balrog remained contenders throughout the series. 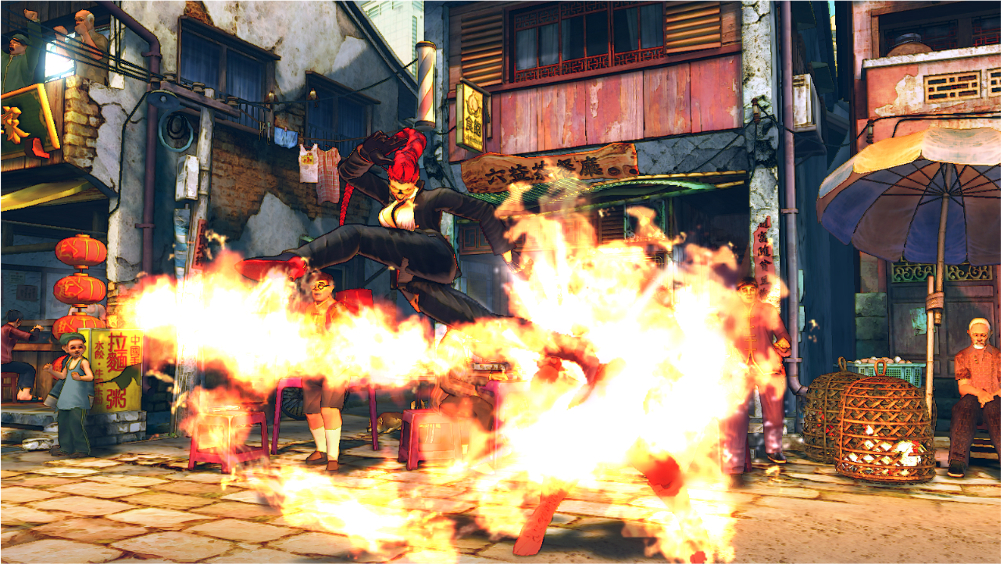 Above: C. Viper is a spy first and a fighter second, so her normal attacks are fairly weak. Her special moves, however, allow her to attack from anywhere on the screen and stun her target in no time.

Following behind him is C. Viper, an example of how tier lists change over time. She was originally thought as one of the weaker combatants, but as time went on, dedicated players learned her powerful mixups. The spy grew in prominence as more people attained the execution needed to master her unorthodox play style. 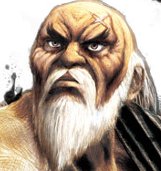 The original arcade version only had 17 characters, but the console release added a group of favorites from Super Street Fighter 2 and Street Fighter Alpha as well as made bosses Seth and Gouken playable. Fans enjoyed the return of their favorites, but they were rarely appeared in high-level play. They weren’t bad – Gouken dealt brutal damage and had an effective fireball game – but they lacked the little things that top warriors had.

Next Page: Street Fighter 4 gets a major upgrade that gives fans different Ultras and new challengers.