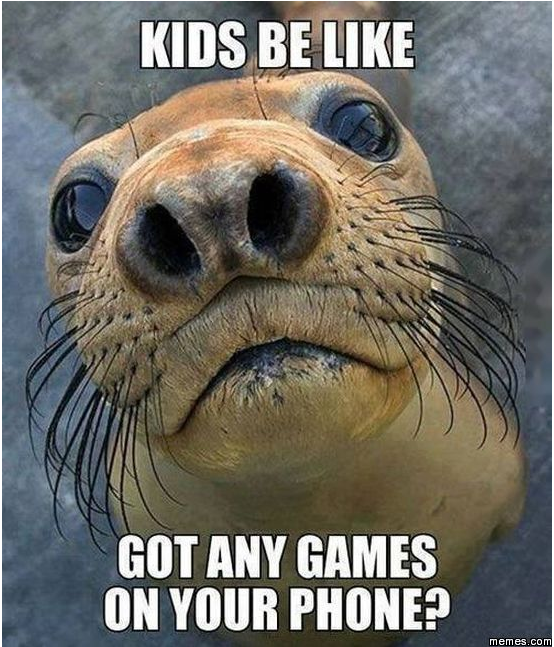 As someone who has finally gotten her first gaming app into both the iTunes App Store and the Google Play Store – but has yet to delve into how to monetize that sucker with ads and such – I am mucking my way through the whole app gaming development process.

I’m not a big player in the industry yet like Glu Mobile Inc., the San Francisco-based developers of the Kim Kardashian: Hollywood app. That company is laughing all the way to the bank with their top-five grossing iTunes app, and recently has even extended their agreement with the reality TV star until 2019.

Most burgeoning app game developers are no doubt like me: One-off companies who spend a bit of time hiring developers to code or re-skin simple apps and get them approved to sell (or give away) in various app stores. But once the games are there, how can you tell a large amount people about them without breaking the marketing bank?

One innovative marketing plan should include the use of memes –those funny photos with sayings that fill your Instagram, Facebook and Twitter feeds and give you chuckles throughout the day when you should be working instead.

Taking advantage of free promotional vehicles like memes may work wonders to bring your new game some notice, especially if your meme is hilarious enough to make readers want to share it with their friends.

App game marketers could use screengrab images of their own games then tie them to some kind of interesting comment on current events for a cutting edge meme that has potential to receive exponential views.

However, your meme needn’t be so heavy in topic, nor would you need to know Photoshop in order to carry out your marketing plan. After Beyonce’s performance of her hit song “Drunk in Love” during an awards ceremony, there soon appeared a meme going around the web that made a joke about Jay Z telling his wife her hair looked like their daughter’s mane as the superstar sported a damp-looking hairstyle to go along with the beach theme.

Similarly, capitalizing on a popular event with a meme that points people to your new gaming app is a bold step in the right direction towards gaining eyeballs for your game.

Let’s say your main gaming character is a girl named “Lolly” who likes to slay dragons with her “Sword of the Spirit.” Well, you can include lots of Lolly references atop funny and poignant meme photos, leading people to Google to find out more about your game.

When seeking ways to get gain web hits for your app game, make sure to remember the memes marketing option. You will rock!