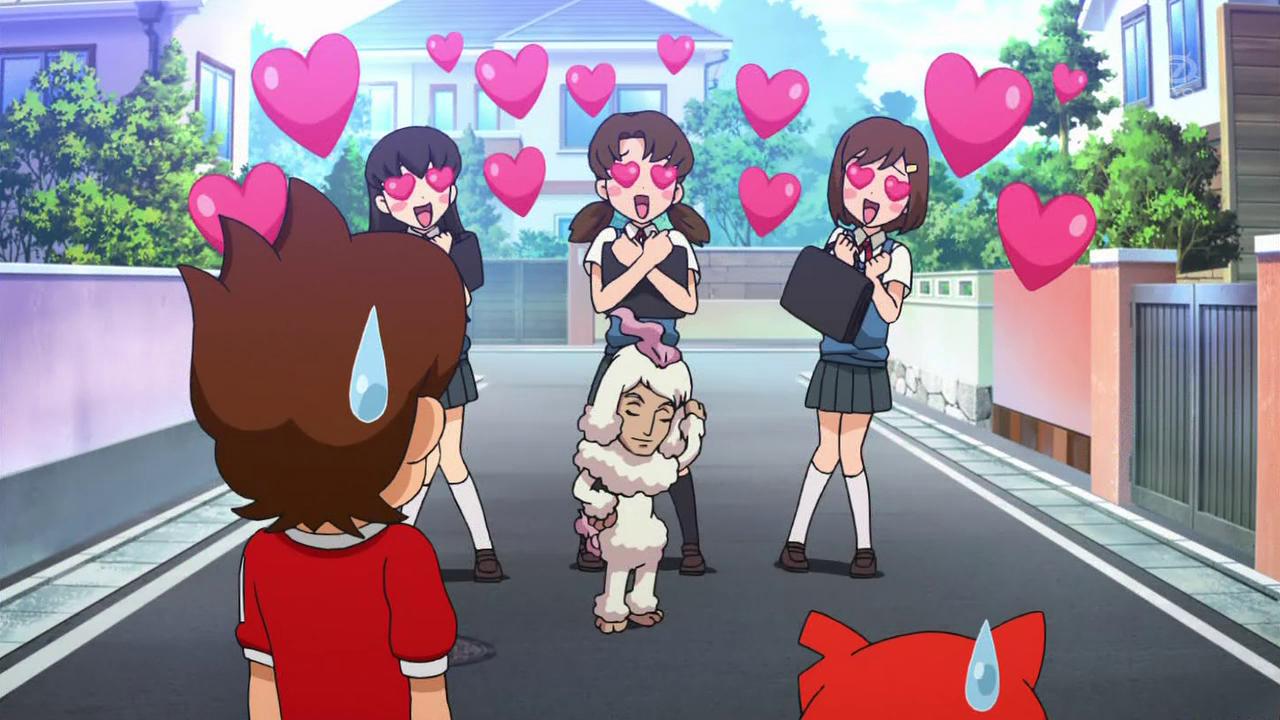 For decades, Pokémon monopolized the collectible monster scene. However, amid the Pokémon Centers of Japan emerges a brand new monster mania — Yo-kai Watch. Level-5 created a multimedia franchise that is now taking Japan by storm. Next is the world.

Japan may still love Pokémon, but with Yo-kai Watch’s booming success in Japan and inevitable release in the West, this is the largest rival to challenge Pokémon’s supremacy yet.

Imagine Pokémon mixed with Ni no Kuni, add a splash of Japanese folklore, sprinkle in some childhood reminiscence, and you got yourself the essence of Level-5’s Yo-kai Watch.

While Pokémon’s fantasy world is vaguely based on the real world, Yo-kai Watch definitely takes place in Japan. Of course, that means localization challenges are aplenty. Yo-kai Watch is so strongly rooted in Japanese culture, even its title requires a bit of a cultural lesson.

Above: One of many youkai, Gashadokuro (がしゃどくろ) are large skeletons formed by the bones of people who have died from starvation.

Above: Introducing Gashadokuro (ガシャどくろ) from Yo-kai Watch 2. Its name is actually a word pun. It combines the youkai’s name with Gashapon, the Japanese word for capsule toys.

Yo-kai Watch brings all of these mythical beings together in a universe where they can be befriended and summoned by the press of a button on a special wristwatch.

One day, you’re out trying to catch that one, amazing bug (think Animal Crossing) that will impress all your friends. You come across a large tree and at its base is a suspicious, and awfully old, capsule toy machine. A mysterious voice beckons you to insert a coin which releases the cutesy ghost, Whisper. He bestows upon you the Yo-kai Watch, a wrist strap which unveils the world of youkai that live all around you.

That is the prevailing theme behind Yo-kai Watch: “Everyday life with Youkai.” The game’s setting is an average, Japanese town called Sakura New Town. Even the main 11 year-old protagonists, Keita Amano (boy) or Fumika Kodama (girl), were purposefully designed to be flawed and relatable.

On the outside, Sakura New Town appears completely normal and its residents are going about their normal, daily lives. However, it is actually bustling with all sorts of youkai. Some of them are good and others are causing mischief and mayhem. Which, of course, means youkai battles!

Yo-kai Watch vs. the World

For a franchise with such strong Japanese roots, Level-5 is confident that it can take on the world. Prepping to take their successful monster franchise to the world stage, Level-5 is eyeing the West and have already begun testing the waters.

A trademark has been already filed for in the United States. Plus, Level-5 has clearly announced its plans to bring Yo-kai Watch overseas under the premise that it will be guaranteed to succeed. Japan may still love Pokémon, but with Yo-kai Watch’s booming success in Japan and inevitable release in the West, this is the largest rival to challenge Pokémon‘s supremacy yet.

Will Yo-Kai Watch make it big like Pokémon? Or is it just the latest monster fad? We will soon find out.