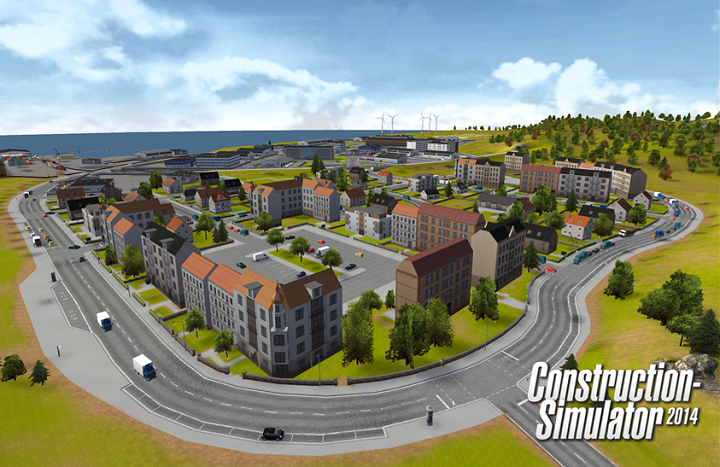 Welcome to the year of the simulator genre. They’ve been launching in droves, and they’re incredibly popular —for good reason too. They’re lots of fun. Before long you’ll be able to simulate all kinds of worldy things and mundane tasks. You can already spend your time as a goat, flying planes, building cities and much more. The latest simulator to drop for Android and iOS is Construction Simulator 2014 or (Bau Simulator 2014). It puts you in the shoes of — you guessed it — a construction engineer. However, you won’t be building, digging or destroying on foot. The game plops you behind the wheel of fourteen different vehicles, all of which have a specific purpose for each job or project.

As a German game development shop, Astragon Games has mixed their German name for the game in with the English version. So you might see “bau” instead of construction in the pics below. Astragon is also the creator of Farming Simulator which came out for XBox360 and PS3.

As with any game, the first question that comes to mind: Is it worth playing? Let’s take a closer look and find out. 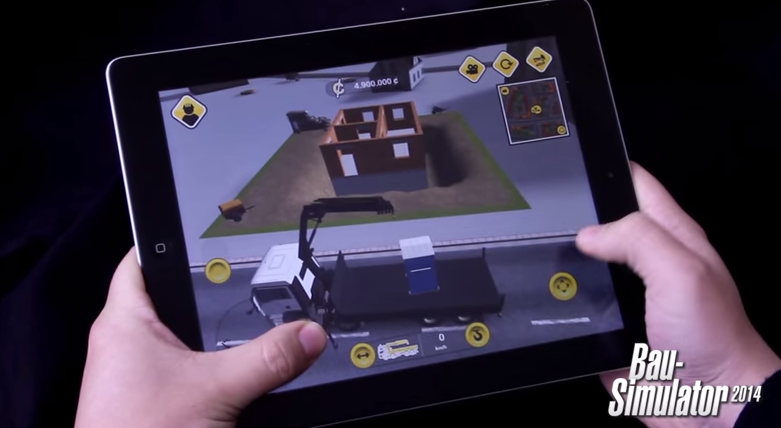 The game definitely has its quirks, but the most important thing is that it’s just plain fun. Not GTA-style fun, but more like Bejeweled-style fun, which can also make it addicting. For each mission you are given control of various real-world construction vehicles, and you must use them to complete a set of tasks. For example, in one mission you might be expected to transport lumber with a forklift, move the rest of your construction materials with a flat-bed, dig out an area for a foundation with an excavator and more. A real excavator looks like this: 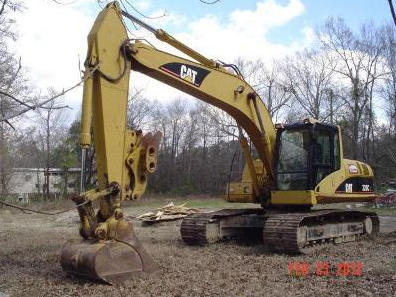 Once the game begins, after the first few tutorials, you can swap between vehicles as you see fit. In this regard, Construction Simulator’s world is semi-open. If you find it difficult to complete a task with a vehicle, you can switch to another on the fly. You’re also free to move around the confines of the mission area, regardless of the vehicle you’re driving.

Unfortunately, it wouldn’t be a mobile game without in-app purchases. Personally, I loathe IAPs, especially when you spend money on the base game. In Construction Simulator’s case, you pay $1.29 up front. The good news is that you don’t have to use real money to progress, and the game never throws IAP prompts in your face.

You start off with four basic vehicles. These can be used to complete most of the early missions in the game. The other vehicles available are much larger in scale and often have a few extra features and options. However, you need to purchase them with in-game money before they become available.

You can earn money by completing missions and tasks with the free vehicles, or you can spend some real cash to take the easy route. $1 of real cash will get you 200,000 game coins, which is enough to buy one of the larger vehicles. There are more expensive tiers, but you can decide whether you want to spend money on those if you play the game.

The Rest of the Game

As you can see, Construction Simulator 2014 is a pretty simple game. If you use the vehicles at your disposal wisely to complete the various tasks assigned, you’ll have no problems getting through each mission. Some of the mission instructions and goals are a bit vague, which can create some confusion at times on how to proceed. Once you figure out what the game is asking though, it’s a quick fix. Part of that is because of a remarkably poor English translation that certainly leaves a little something to be desired in terms of language.

In addition, the controls can be a bit of a problem on smaller screen devices like older iPhones and Android handsets. If you have the option, play the game on an Android tablet or iPad. The virtual joysticks take up a lot of the screen and can really get in the way — and they’re difficult to maneuver when they’re smaller in size.

My final gripe is with the in-game world itself. This is a mobile game so it’s excusable, especially since it’s still a lot of fun. You’ll notice pretty quickly that the world is stale. Bumping into signs, light posts or various objects will just get you stuck. There are no simulated physics pushing any of the objects to react. It can be a little distracting, especially when you know a large truck would easily plow over a fence, or sign in real life. Then again, this is a simulator we’re talking about. If you can look past that flaw — which might seem like a silly gripe to some folks — then you’ll love the game.

All in all, Construction Simulator 2014 is a really fun game despite its minor quirks. If you can get past the lack of physics, often frustrating touch controls — not an issue with the game itself — and IAP options you’ll really enjoy yourself. The best part is that you don’t have to know a thing about construction or building to play. If you’re looking for a simple and fun game to help you pass some time, you can’t go wrong with Construction Simulator. Did I mention it’s only $1.29?

If iPad gaming really isn’t your thing, stay on the lookout for Construction Simulator 2015 which is planned to release mid-November on Steam:

With a $30 price tag and support for Windows & Apple OS, Astragon is now vying for market share of the PC simulator space.