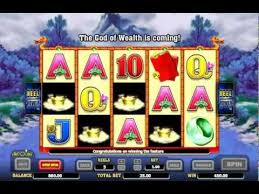 Slot machine video games are a huge thing in many countries. They are essential tools to attract lot of crowd, not just any crowd but the one that keeps returning frequently for more fun. Even since the dawn of electronic video games, slot machines have become all time popular. Even in the 21st century, when we have cool tablets and much sophisticated games to play, slot machine video games still give that vintage feel. Not only that but they are the reason to socialize and get out of the house.

Marvel Slots games and Star Wars slots are among the most popular slot machine video games. These games are so popular that there are various online websites that host online versions of these games. Many have preferred to stay home and play the online jackpot but for those who like to go outside, there is bad news for them.

The recent acquisition of LucasFilm by Disney has caused to shut down the gambling machines in Disney, which is located in Florida. Any brand that is owned by Disney is made sure that it keeps a huge distance with gambling. That means that Star Wars and Marvels slot machines will be permanently closed at Disney. The acquisition of LucasFilm has given Disney all rights to Star Wars Production Company and it already owns Marvel since 2009.

Not only are the slot lovers sad, but so are the game developers who make these slot games. The two major suppliers and producers are Cryptologic and Playtech who rely entirely on making jackpot games based on the above mentioned titles. The strict rule of Disney to not associate it’s brands with gambling will obviously take away the rights from Playtech and Cryptologic to brand their games as “Marvel Slots” and “Star Wars slots”. This rather unusual situation has left both the companies hunting for a new way to make their money. It is possible that they would gradually move on to micro gaming or online gambling niche to earn their living. There is also news that these two game development companies were engaged in making a newer version of their slot games, but that development seems to have stopped.

Branded slot machine gambling games make billions of dollars in revenue in the North America alone. Disney could have easily benefited from such massive turn over, but it is pretty clear that Disney is on the side of family friendly, ethical, and moral entertainment rather than going all wild with the materialism of the crowd.

In March 2013, JRR Tolkein, the author of “Lord of the Rings” announced to sue the Hollywood studios for them using Lord of the Rings title on their gambling slot machines thereby making millions of dollars. Warner Bros countersued in March 2013. The lawsuit of 80 million dollars was filed by the estate of fantasy totem JRR Tolkein for the irreparable damage caused to the late writer.