Middle-earth: Shadow of Mordor has a lot of ambition in what it’s trying to do. The action-adventure title stands out for a couple new features that help its open world feel alive.

One of those things is the unique Nemesis system, where the game populates a hierarchical system of hostile Uruks who all have unique names, features, and traits. Better yet, these AI-controlled enemies remember specific things about you and the world, such as whether or not you beat them in combat, wound them, run away, or do something else entirely. What’s fantastic here is that not only does the system make each player’s experience unique, it gives the title’s setting a personality that other open-world games struggle to create.

The Nemesis system seems like one of those things that sounds great on paper but way too complex to make fully functional. As it turns out, Shadow of Mordor developer Monolith nailed it. As such, I want to show off some examples of how this system influenced my gameplay recently.

Let me start by introducing a pain in my side: Skak the Unclean.

I had already taken down some low-level enforcers while playing, and the game informed me that I was near a higher-level character. Feeling invincible after a number of successes, I decided to mark this new target for death. As it turns out, things wouldn’t be as easy as I envisioned.

This threat — “Skak the Unclean” — proved to be a formidable foe, brandishing throwing spears with a poison effect on them. Dealing with these weapons wasn’t simple. In addition to trying to close the distance while dodging Skak’s projectiles, I had to deal with a new horde of orcs who had joined in on the fight. This complicated things significantly. I was eventually taken down by Skak and his gang, who all stood around laughing at my feeble attempt to bring them down.

Death does not mean game over in Shadow of Mordor. Instead, your demise represents a new opportunity. Upon your revival, time passes in the world, and the Nemesis system updates with Uruk promotions and shuffling of the enemy army’s structure. My “friend” Skak was promoted to captain, and his power rank rose, meaning he was even now more difficult to take out. When this happens, even some of his stats and weaknesses can change, making him harder to kill as his power increases. Determined to exact revenge upon him, I decided to switch up my tactics and attack with the help of a Caragor, a wild beast that one of the main heroes Talion can tame and use as a mount. Thankfully, I found Skak not too far from my current position, captured a Caragor, and began my glorious charge into battle once again. 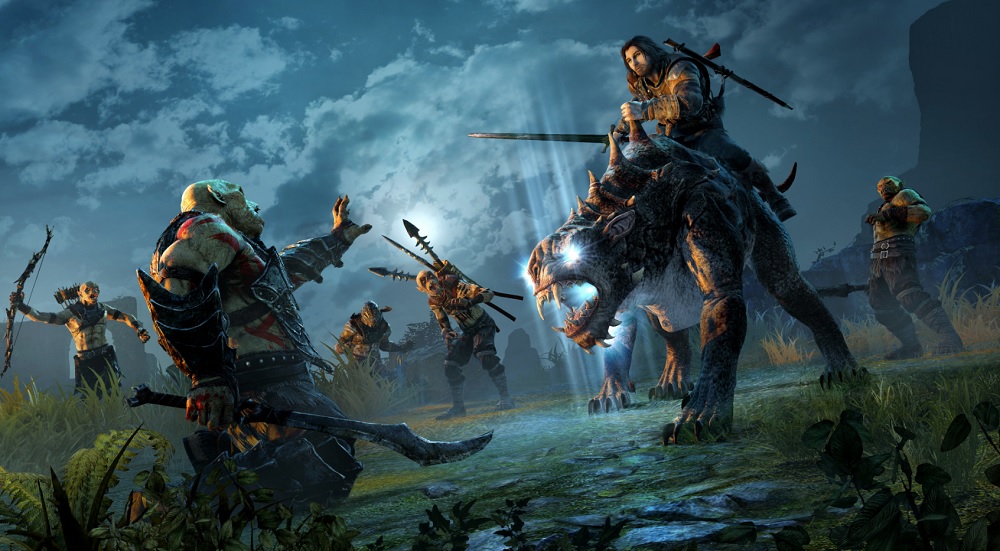 Above: Middle-earth: Shadow of Mordor.

Considering I didn’t actually know Skak’s strengths and weaknesses, I discovered this particular enemy was a beast-master type. Seeing the Caragor enraged Skak, giving him extra strength, and he also benefited from the ability to kill beasts with one shot. My advantage was quickly wiped out, and once again, it was just him and me. Before he could call for help, I unleashed a flurry of attacks, never letting him get the distance to use his spears. After the mighty battle, I finally took down my hated enemy. The feeling that came from this accomplishment was great.

That’s the point of this whole thing. Monolith completely delivered on a promise which seemed (I’ll admit) a bit far-fetched — or at least like something that wouldn’t quite live up to expectations. The Nemesis system makes each and every playthrough completely different while also making Shadow of Mordor’s world a living and breathing thing. This mechanic adds a new twist to typical open-world gameplay.

So you might be wondering, how does the story end? Hopefully, the nightmare is now over: