What’s $102 million among friends? That was the question last week as Element.ai raised this hefty sum in a Series A funding. Investors included Microsoft, Nvidia, and Intel Capital, all of whom have their own AI ambitions.

Element aims to make AI easy for businesses to use by connecting them with machine learning experts. And while Element may have brought together competitors Microsoft and Intel, the rivals have been fiercely staking their own claims with a flurry of investments and acquisitions.

While these moves point to AI one day becoming ubiquitous for business tasks, Google’s release of an academic paper called “One Model to Learn Them All” shows another route for machine learning to become commonplace. The paper describes a single machine learning template — dubbed the MultiModel — that can perform multiple tasks exceptionally well. As Blair Hanley Frank writes, “Google doesn’t claim to have a master algorithm that can learn everything at once,” but implicit in this statement is the ambition of eventually discovering one or more such algorithms, the AI equivalent of a theory of general relativity. 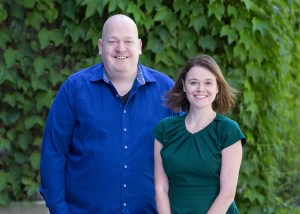 Textio gets $20 million to expand its AI-powered writing platform

Textio announced today that it has raised a $20 million series B round of funding to expand its AI-powered augmented writing platform into fields beyond improving job descriptions. The company’s product offers automated guidance so that people writing job descriptions are able to maximize their response from interested and qualified applicants. As people write in […] 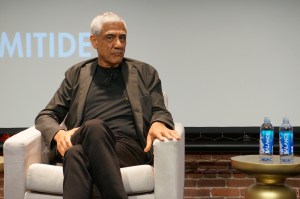 While much of the conversation around AI and jobs is focused on widespread job losses in sectors like trucking, venture capitalist and Sun Microsystems cofounder Vinod Khosla thinks that there’s a high-paying job on the chopping block: oncology. “I can’t imagine why a human oncologist would add value, given the amount of data in oncology,” […] 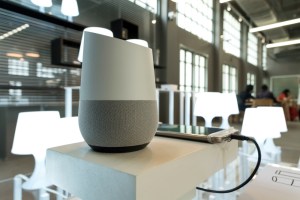 The tech elite love voicebots. Google Home is a game-changer, a way to search by voice for recipes when you’re in the kitchen. Amazon Echo and the Alexa voicebot help you order products and check the weather. I’m eager to see how Apple will make the HomePod a must-own product. And yet there is a […] 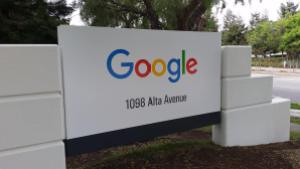 Google advances AI with ‘one model to learn them all’

Google quietly released an academic paper that could provide a blueprint for the future of machine learning. Called “One Model to Learn Them All,” it lays out a template for how to create a single machine learning model that can address multiple tasks well. The MultiModel, as the Google researchers call it, was trained on […] 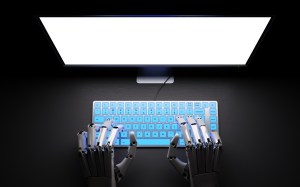 ANALYSIS: Intel and Microsoft have been on something of an artificial intelligence (AI) investment binge of late, with the chip and software giants announcing a slew of deals this week via their respective VC arms — Intel Capital and Microsoft Ventures. Perhaps the most notable of these was Element AI, which raised a gargantuan $102 million […] 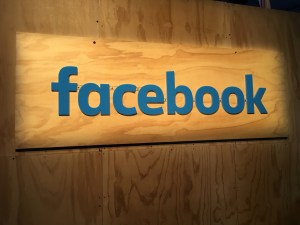 Facebook’s AI for targeting terrorists will go beyond Muslim extremists

Following sharp criticism from the leaders of European nations, as well as concerns from its own community, Facebook is training artificial intelligence to target terrorist messaging and propaganda on its platform. This AI will target Muslim extremists like ISIS but will also be aimed at any group with a violent mission or that has engaged […]

An Artificial Intelligence Developed Its Own Non-Human Language

A buried line in a new Facebook report about chatbots’ conversations with one another offers a remarkable glimpse at the future of language. In the report, researchers at the Facebook Artificial Intelligence Research lab describe using machine learning to train their “dialog agents” to negotiate. (And it turns out bots are actually quite good at dealmaking.) At one point, the researchers write, they had to tweak one of their models because otherwise the bot-to-bot conversation “led to divergence from human language as the agents developed their own language for negotiating.” They had to use what’s called a fixed supervised model instead. (via The Atlantic)

In the AI Age, “Being Smart” Will Mean Something Completely Different

Andrew Ng has likened artificial intelligence (AI) to electricity in that it will be as transformative for us as electricity was for our ancestors. I can only guess that electricity was mystifying, scary, and even shocking to them — just as AI will be to many of us. Credible scientists and research firms have predicted that the likely automation of service sectors and professional jobs in the United States will be more than 10 times as large as the number of manufacturing jobs automated to date. That possibility is mind-boggling. (via Harvard Business Review)

How artificial intelligence can deliver real value to companies

After decades of extravagant promises and frustrating disappointments, artificial intelligence (AI) is finally starting to deliver real-life benefits to early-adopting companies. Retailers on the digital frontier rely on AI-powered robots to run their warehouses—and even to automatically order stock when inventory runs low. Utilities use AI to forecast electricity demand. Automakers harness the technology in self-driving cars. (via McKinsey & Company)

Contrary to the bleak picture painted by critics, a new IDC study of more than 1,000 organisations worldwide shows that AI will be in the workplace “sooner than we think”, and will have a positive impact on productivity, revenues, and job creation. From 2017 to 2021, the Salesforce-sponsored study predicts that AI-powered CRM activities will boost business revenue by $1.1 trillion, and create more than 800,000 direct jobs and 2 million indirect jobs globally, surpassing those lost to AI-driven automation. (via ZDNet)