This week’s guest is David Wadhwani, the (relatively) new CEO of AppDynamics. My interview with him is in this week’s podcast. 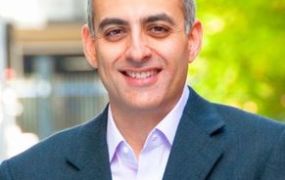 Wadhwani joined AppDynamics as its CEO and president in late 2015, after a storied career at Adobe. AppDynamics, which provides application monitoring services for developers and enterprises, recently raised $150 million in a round that reportedly valued the company at close to $2 billion. Note: Wadhwani wouldn’t confirm the valuation and didn’t want to talk about it too much, which is not surprising, given how much downward pressure unicorn valuations have come under lately. Still, he gets some points for foresight and prudence: I recorded the conversation with him in December, well before this month’s valuation and stock market downdraft.

I talk with Wadhwani about the investment climate, application performance monitoring in general, DevOps, and about how he helped Adobe manage its transition from packaged software to cloud services.

Plus, Jordan Novet and I tell you what to think about:

You can listen to this episode in the embedded player below:

Or, click here to get the MP3 of this episode of What to Think.

You can also listen to this episode of What to Think on SoundCloud.

And please subscribe to What to Think in iTunes, where you’ll get every episode delivered to the device of your choice as soon as it’s released!

The What to Think Innovation Engine podcast is brought to you by Pivotal Tracker, the Agile tool that’s been organizing software teams since 2006. Tracker’s simple drag-and-drop interface and structured workflow have allowed developers, product managers, and designers alike to build and manage better software, one story at a time. Is your team ready to get on track? Go to www.pivotaltracker.com to sign up for your 30-day free trial and start delivering better software now.