Over the past two years, macOS Mojave and Catalina gently evolved to aid developers in creating universal apps for Macs and iPads, including Apple internal and then third-party use of the cross-platform Catalyst framework. Today, Apple is taking another major step with the release of macOS Big Sur, which will be the first version to support Apple-developed ARM processors for Macs.

The latest update continues Apple’s use of California landmarks to brand macOS releases. Big Sur is a large stretch of intentionally undeveloped coastline in central California, notable for its access to forests, beaches, and numerous picturesque locales that haven’t been damaged by human development. During its presentation, Apple showed off an About screen indicating that this is macOS 11 — the first step beyond the numerous “Mac OS X” or macOS 10 releases that preceded it. Though Apple’s initial developer download for the release lists it as “macOS Beta 10.16,” and the first Big Sur beta reports itself to apps as macOS 10.16, the “About this Mac” screen and Apple have confirmed that the long-awaited version number 11 is correct. 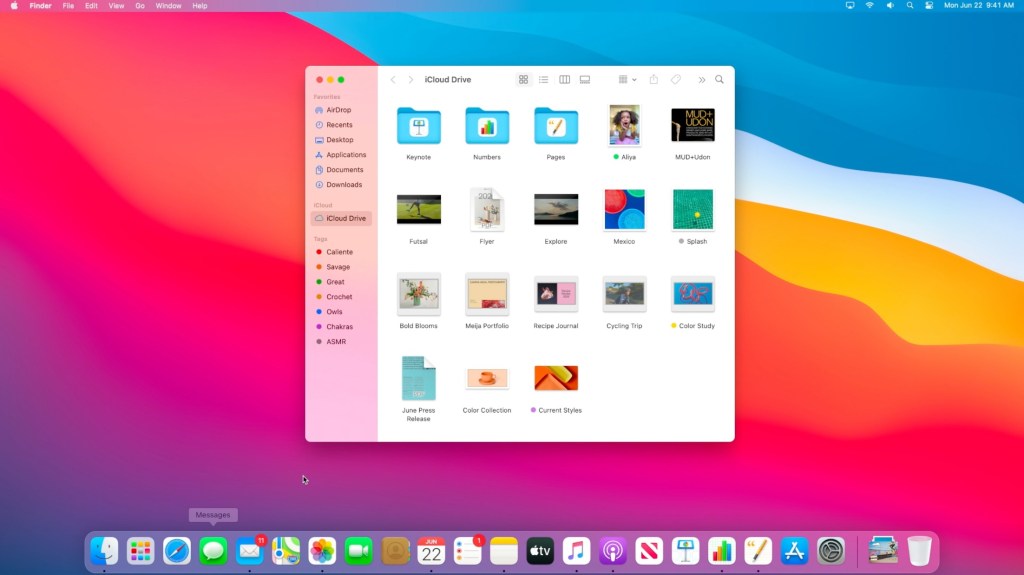 Apple has redesigned the macOS user interface significantly, borrowing many iOS and iPadOS design cues to create multi-pane and glyph consistency across platforms. While macOS icons have been updated to bring back some 3D shadowing and depth — removed from Apple products years ago in a post-Steve Jobs purge — most of the other elements, such as a revised Control Center with flat-shaded controls, now look substantially like similar features on the iPhone or iPad.

Widgets that were introduced for iOS 14 and iPadOS 14 earlier today are also coming to the Mac, enabling simple but highly useful features such as weather, package, and time tracking to be handled with persistent mini-apps rather than requiring the launch of individual full-fledged apps. At this point, it’s unclear whether the same widget code will work across platforms. On the Mac, widgets will be available from within Notifications Center, rather than sitting on the desktop.

Messages is being updated with Memoji stickers, effects, pinned conversations synced across devices, and groups enhancements — much more in line with the revised iOS and iPadOS apps. Maps is being wholly redesigned for the Mac, including access to city-specific Guides, Look Around browsing on a computer screen, and Cycling directions, among other features. 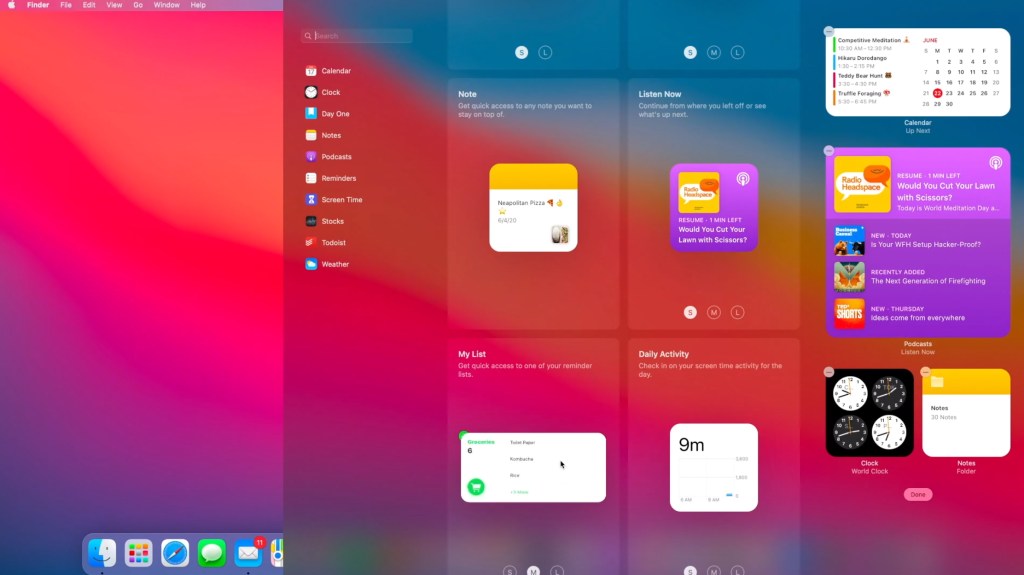 Catalyst, Apple’s cross-platform development initiative for iPadOS and macOS, will allow developers to optimize apps to take advantage of all the pixels of a Mac screen, as well as getting more access to HomeKit and ClassKit, improved popovers, and photo editing extensions.

Safari has been updated with speed improvements and privacy protections, as well as visual flourishes. For the first time, Safari users will be able to set a background within Safari itself, mimicking rival browsers, and get a hover-over view that lets you see the contents of each tab without clicking through to it.

Interestingly, Apple has added a Privacy Report button that shows how individual sites are tracking you, within a single button press, and the app now runs 50% faster than Chrome, according to the company. New extensions are being added, as well, with an extension store for developers — plus granular access controls so users can limit how the extensions work. Safari will also be able to do live webpage translations, similar to what was unveiled for iOS 14 earlier today. 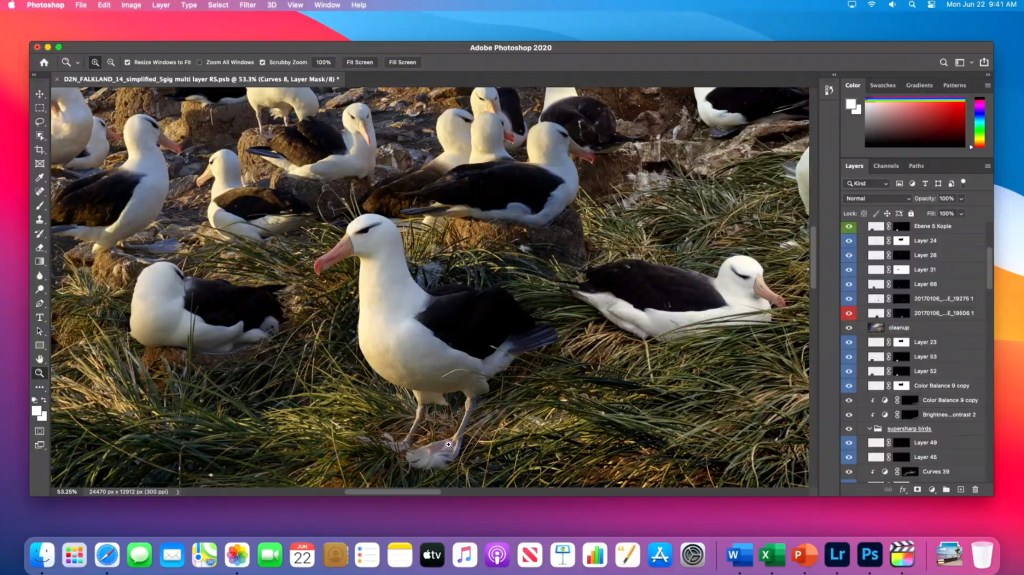 macOS Big Sur will also include support for ARM CPUs. Apple says that Microsoft and Adobe have already developed ARM-compatible versions of their Mac apps — including Word, Excel, and Photoshop — as has Apple, which already has all of its Mac integrated apps and Final Cut Pro running natively. Third-party developers will be able to use an Apple developer transition kit to create compatible code ahead of the release of ARM Macs, the first of which is expected by the end of this year.