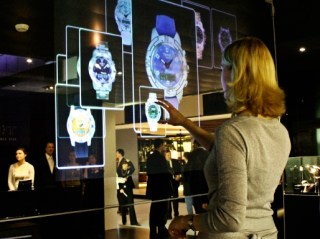 Whether you design software or physical products, the role of the designer is the same: to build a bridge between the user’s intent and the actual outcome of that intent.

The most successful designs are the ones that make the intermediary disappear, or be so unobtrusive or intuitive that we completely fail to notice it.

Think about the brilliance of the hammer as that “bridge” — when you want to hang a picture on the wall, there is no doubt in your mind which tool to use, which side to hold, and how to apply it. The hammer is so easy to use, not only because it is well designed, but because of our cumulative experience with hammers, which creates such a familiarity that the tool is almost universal.

But what about the new technology products that pop up daily, such as mobile devices and apps, for which we have no frame of reference?

When it comes to software creating an unobtrusive path for the user to realize her intent gets a little more complicated, even the simplest task tend to have many steps.

Imagine that you want to share a photograph with a friend through email. The main means available to user experience designers in order to create this intermediary are visual displays, buttons, and sound. The intent of sharing that photo needs to be translated in a series of button clicks with labels that hopefully align to what the user is currently thinking about.

From finding the picture to selecting it, choosing to share it via email, providing the email address, and sending it out, these steps are not straightforward; rather, they create a labyrinth of multiple paths with different outcomes. And if our goal as designers is to build an unobtrusive bridge between intent and outcome, we must really know every turn and dead end of the labyrinth.

There are many examples of technology products that delivered the same outcome, yet some failed while others were embraced by consumers because the experience was more intuitive. Examples are so numerous that no one questions any more the role of the user experience design to the success of the product.

Understanding intent based only on a succession of clicks is not easy. It works well in situations where it is very clear what you want to do.

For example, when you type and the text editor auto-corrects your typos, very often the right outcome is achieved. In other, more ambiguous scenarios, it is a complex process and science. Furthermore, as consumers raise their expectations about what a product experience should be, the science of intent becomes key to the success of UX designers. Luckily, we have more tools than ever before to study it.

The digitalization of our daily lives and the proliferation of mobile devices give us an unprecedented amount of insight into the context of many scenarios and situations. We are used to GPS devices that sense we are driving and provide us with the exact location, but this type of experience was impossible a few years back.

The second factor is that as we use more natural user interfaces, such as speech or gestures, where much of the tangible interface might not even be present, intent might be clearer because the user literally states it.

Finally, recent advances in neuroscience, behavioral economics, cognitive psychology, and anthropology allow us to understand how our brains work and how we make decisions.

As our understanding of intent deepens, UX designers will be able to do more things automatically on the user’s behalf. For UX designers that means that a major aspect of the design becomes the definition of the rules that get activated based on the current context and input, rather than the visual aspects of the user interface.

Apple’s Siri functionality is a good example of this. It derives intent from the user’s natural language and can string together a series of tasks that normally might have taken many steps from the user. Suddenly, creating a calendar appointment with someone at a certain time takes a single Siri command rather than a long sequence of taps.

Finally, as UX design becomes driven by intent and context, we have to come to terms with the fact that we as UX designers will inevitably lose some of the control of the overall experience.

The set of rules will not just be defined by the people creating the device or application, but also by the people providing the context. The same way that a designer at Starbucks aims to design the experience within the store, she will want some control over what happens on peoples devices when they enter the store. For example, will your presence there immediately order your regular drink? Will the payment UI on your phone automatically launch so you can easily confirm it?

On the practical level, design becomes a lot more integrated into the actual code, requiring the developer to understand human behavior better than ever and requiring the designer to understand the code that executes these rules. As a result the designer and developer need to work even closer together. We see this at Artefact all the time — our most successful team members are the ones that design with the developer’s perspective in mind or develop with the designer’s sensibility to the experience of the product.

The age of responsible UX design

Understanding context and behavior are factors for successful UX, but with that, as with any piece of knowledge, comes the responsibility of how to apply it. And the impact of UX design on product adoption, lifestyle, and behavior is so significant that in addition to striving to achieve a certain outcome, we also need to evaluate the impact of the outcome.

It is a sign of our profession’s significance that we need to be thinking ahead about the implications of our efforts. The time has come for us to think about an ethical framework to guide us as we shape the user experience in 2012 and beyond.

Martijn Van Tilburg is Senior Design Director at Artefact, the innovative technology product design firm, whose mission is to utilize the power of design to improve people’s lives.