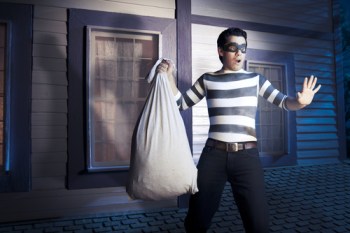 Curebit, the Y Combinator friend-referral startup that got busted over the weekend for stealing code and design work from web megashop 37signals, has been caught stealing again, this time from an independent musician.

The startup used music from Random Rab, a San Francisco-based electronic artist, in its demo video.

According to Random Rab, Curebit didn’t contact the artist before nabbing his music, nor are they responding to requests to remove his music from their promo video on YouTube. In now-deleted tweets, the musician said Curebit had gotten in touch with him and attempted to “buy him off.” However, that offer was apparently rejected, and no one from Curebit has responded to Random Rab’s simple request, as stated below.

“Mr. Grant, I recently saw the article about you stealing code,” writes Random Rab on Twitter to Curebit founder Allan Grant. “You also have stolen MY music for your video. Please remove!”

In an email to VentureBeat, Random Rab wrote, “They are using my song illegally in their video … I certainly gave them no permission. Seems like they have no ethical boundaries.”

Over the weekend, we regaled you with the thrilling tale of Curebit’s “borrowing” design and assets from 37signals, a move that was, shall we say, frowned upon by 37signals co-founder and Ruby on Rails creator DHH (David Heinemeier Hansson).

Grant excused Curebit’s behavior, saying the 37signals work was used because a) Curebit was just a small startup and b) the design was for an A/B test.

In a colorful Twitter stream, DHH retorted, “There is no valid way to rip off people’s designs and have it be ok. Not ‘We’re small;’ not ‘We’re A/B testing.’”

In an email exchange with VentureBeat, DHH and others later expressed concern that Curebit’s founders’ actions (and responses) indicated not a one-time slip-up over an intellectual property dispute, but a general disregard for the value of others’ work.

Curebit investor Dave McClure wrote in response to that debacle that he hoped the Internet (and DHH) would give Grant et al. the chance “to show they can learn from their mistakes and change.” We hope that Grant et al. will give the Internet a good reason to believe that, as well, but this latest revelation isn’t giving us much hope.

Thanks to our anonymous tipster for first pointing out this news over the weekend. Got a hot tip for VentureBeat’s staff to investigate? Reach out to us at tips@venturebeat.com.