SAN FRANCISCO — Facebook announced that its global developer program FbStart is growing rapidly, with the number of participating startups rising by 61 percent in the past five months. The company also revealed that today it’s rolling out a new sharing feature for developers.

Oh, and one more thing: Facebook announced the dates for next year’s F8 developer conference: April 12-13 at the Fort Mason Center in San Francisco, California.

Deborah Liu, the vice president of platform at the social networking company, spoke at a press conference today about how Facebook is reaching out to developers worldwide through FbStart. Seventy percent of Facebook’s developers come from outside the U.S. Beyond our borders, the next biggest markets include Great Britain, Germany, Brazil, and India.

As of now, the program has hand-selected more than 7,200 startups to participate, with over 30 partners supporting. These companies have received $250 million in benefits and resources from FbStart. In addition, 7 new partners have just been added: Animoto, Coursera, Dropbox, Reverie, Twilio, Twinprime, and Verbalizeit.

As a refresher, FbStart started last year as one of the main ways for the company to reach out to developers. It offers connections to company leaders/mentorship, a community that networks with each other, and a suite of products and services offered by partners and vendors.

This is the first update on FbStart’s performance since May, when there were 3,800 participating startups and 20 partners. Back then, $100 million in benefits were given out. 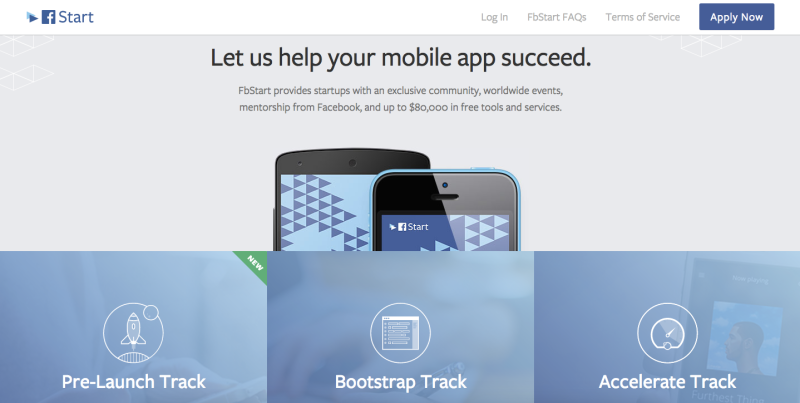 At the last F8 developer conference, Liu announced the launch of a new analytics tool. In the past seven months, more than 200,000 unique apps are using Facebook Analytics for Apps. One example is MomentCam, the winner of the company’s inaugural FbStart mobile app contest. Liu explained that by using this service, developers can build a better application by knowing what people are doing.

To better help developers, Facebook is rolling out a new sharing feature for apps built on iOS. In the past year, 50 billion pieces of content have been shared back to the social network, but based on feedback, Facebook opted to simplify things and make it more native. We’re told that some of the comments Facebook received include a desire by developers to have a more consistent experience, a clearer preview so users can know how their posts will look, an ability to share with any audience, and that it not require Facebook login to share. 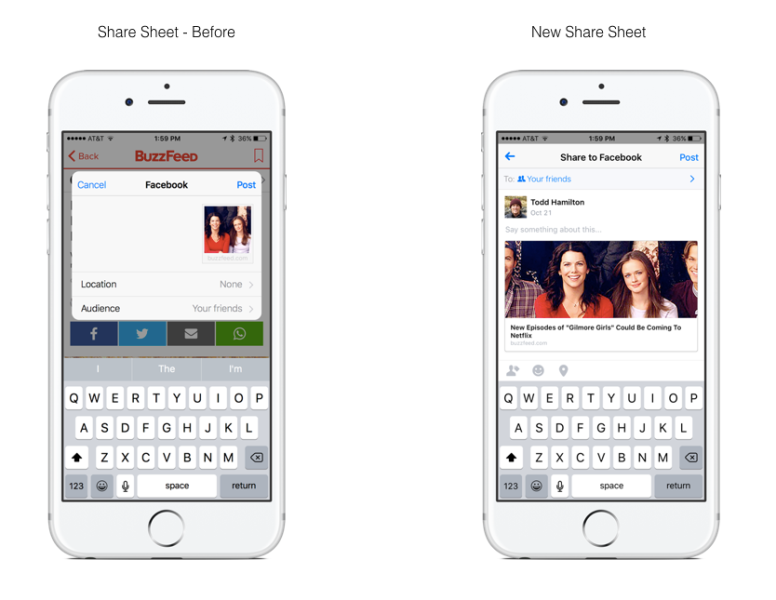 Facebook’s new native sharing feature is an extension for iOS 6 and above. The hope is that posts created by users will look more similar to those created on the social network. As long as you have the Facebook app on your phone and you’re logged in, the third-party developer will utilize the Facebook extension to authenticate with the user, but the app itself won’t know who you are. The goal is to create a unified experience across all apps when sharing — as long as they use this native iOS share sheet feature.