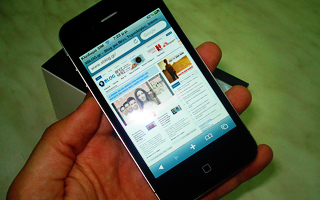 This news comes directly on the heels of Facebook’s iPad app launch, a long-anticipated event itself.

Noting that around 350 million people use Facebook every month on a mobile device, Facebook engineer Luke Shepard writes on the company’s developer blog that third-party app developers will now be able to access their users on iOS devices and via the social network’s mobile website.

“We are at the beginning of bringing Facebook Platform apps to mobile,” Shepard cautions. “The features we are launching today are still under development. They will evolve as we learn more about building richer social experiences on mobile devices. In addition, we will extend our native support for more mobile platforms such as Android in the near future.”

In the past, Facebook’s bookmarks, requests and news feed social channels were not available to mobile apps on the network’s platform. Starting today, if a user engages with a third-party app on a mobile device, he or she will get a bookmark to the mobile versions of the app. If a native version of that app is installed, it will launch anytime a user taps that app’s bookmark in Facebook on an iOS device. If the device is not installed, the user will be directed to the app’s iTunes App Store page.

Facebook’s new requests dialog allows users to receive requests anywhere the app is supported. “For example, if a user plays a move in a game on Facebook.com, their friend can respond from her iPhone,” writes Shepard. “As with bookmarks, users will tap the notification and land directly on the mobile version of your app, whether it is a native iOS app or a mobile website.”

In addition to these updates, Facebook is also launching a new feature, authenticated referrals. This feature means that a third-party app’s users who come to the app via Facebook stay connected to Facebook.

Perhaps most importantly from a business perspective, Facebook is bringing support for Credits, its virtual currency,
to mobile web apps. All mobile web games on Facebook Platform are required to use Facebook Credits exclusively for payments. Native iOS apps are not required to do this.

Shepard cites Flixster, Gilt Groupe, Huffington Post, EA and Zynga as companies that are already using the new features. “Most of these apps are built using HTML5, providing an experience that seamlessly works across iOS, Android, and other mobile devices,” he notes.

On October 8, Facebook will be holding a mobile hacker event in Silicon Valley; Facebookers will be on hand to answer questions and train mobile developers on these new tools.