One of the best things about Twitter is that it gives everyone a platform to connect with the world — including behind-the-scenes people like developers. While some developers use the social network to talk about industry stuff, others use it to talk about their lives, observations, and dinner plans. Here are five developers who are doing Twitter right.

While Carmack is smart on a lot of things, he’s particularly good at giving his followers an inside look at some of the design decisions behind the Oculus Rift, the virtual reality headset his company is building. Some of his most recent tweets talk about jobs at Oculus VR, photon emission, and “which parts of the design of a modern Mario game could be implemented on original NES hardware.” 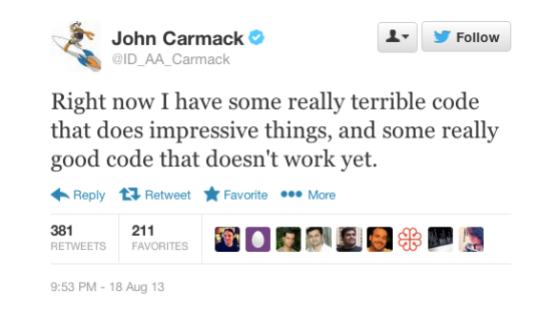 Known for: Making a whole bunch of stuff

As the founder of Lifehacker, ThinkUp, and Todo.txt, Trapani’s resume probably speaks for itself.  In addition to the things she’s created, Trapani also takes the time to tweet about life as a coder, a woman, and a mom. 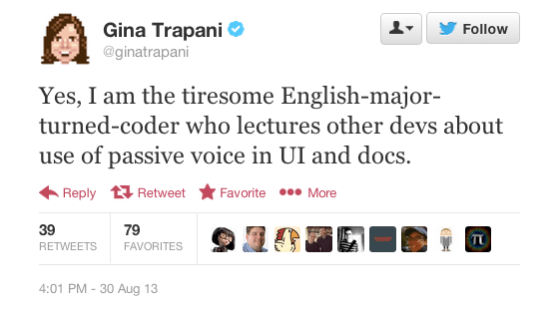 Known for: Being very, very prolific

Coding since at least 1970, Robert (Uncle Bob) Martin is a self-described “software craftsman” and an expert in C++, object-oriented programming and, generally, laying down wisdom for the young ones. 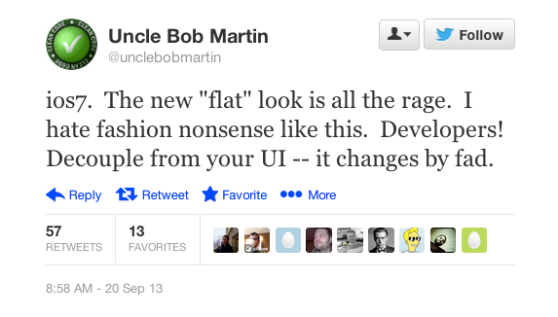 Known for: Her mohawk, sarcasm

Probably the first thing you’ll notice about Alison Gianotto — besides her mohawk, anyway — is just how much she engages with her followers (of which she has roughly 22,000). An avid tweeter, Gianotto uses her account to talk about web development, PHP, and a whole lot more. 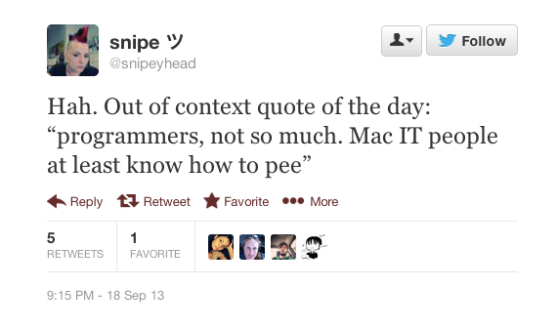 Web designer and developer Ethan Marcotte wrote the book — literally — on responsive web design, which is all about creating sites that work and look the same across various devices. While he also runs a Twitter account focused on that (@RWD), Marcotte’s personal Twitter account is often just as informative (and, yes, entertaining). 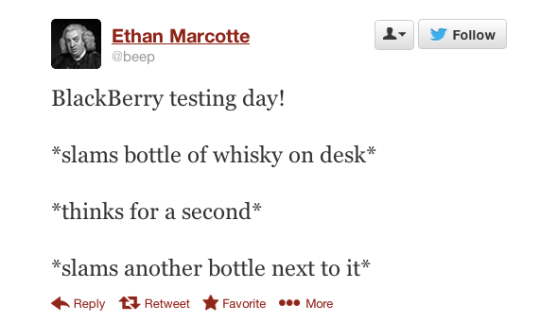