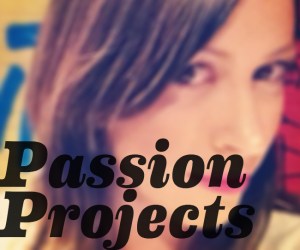 International Women’s Day brought with it a big ol’ dose of lady-tokenism on the Internet. But it also gave us a handful of efforts to increase our long-term focus on moving toward gender equality in hugely imbalanced industries like technology.

In the latter camp, we have GitHub’s Passion Projects, a series of talks to be held at GitHub’s San Francisco headquarters. The talks will feature prominent, smart, and interesting women in the technology/startup/developer world.

Why GitHub, why women, why now? you ask. We asked, too, and GitHubber Julie Ann Horvath answered.

“I think Passion Projects was born mostly out of frustration,” she said. “I hear men talk about ‘getting more women into tech’ almost constantly. Even here at GitHub, my male coworkers genuinely want to work with more women, but they don’t know how to approach the problem. It’s sensitive. And attempts by men to address it can seem really insincere. I think I just got fed up with all the talk and wanted to start taking action.”

Horvath, pictured blurrily above, is one of GitHub’s designers. In an email to VentureBeat, she said that while she sees more women working at tech companies these days, not enough of them are in leadership positions or in board seats, where decisions are made.

“Fortunately, I think we’re going to see this change. A lot of women I know in tech are what people would refer to as ‘green’ or new to programming. … It’s hard to find women who 1) are the best at what they do and 2) Want to work at a company with so few women on its technical teams. We’re trying to work on the balance here. We know that we’re in a unique position. We know that other companies are watching us and what we do. We want to set a good example. And Passion Projects is a part of that.”

First up in the Passion Project series is Rachel Myers, resident Rubyist at ModCloth, who will speak later this week. Future talks will be led by such fierce figures as Sara Chipps (developer, Levo Lead/Girl Develop It), Jen Myers (developer/designer, Dev Bootcamp/Girl Develop It Columbus, Ohio chapter), and Timoni West (designer, Foursquare).

“The speakers for Passion Projects were handpicked by me and the other ladies of GitHub,” said Horvath. “They’re all women who have inspired us personally. I shared an early list with my coworkers, created a repo on GitHub, and asked for people to create issues in this repo for women they’d like to hear speak.”

Sexism exists in tech, but it’s usually more subtle than the overt “girls don’t know no math” bullcrap you might expect, especially at startups with an overall young, progressive staff. Instead, Horvath said, you’re more likely to encounter “a lack of understanding and a strong cultural bias created by the lack of female leadership in our industry.

“However, it is sad that we hear more about the negative experiences women in technology have than we do about the positive ones. This is also partly my motivation for starting Passion Projects. I think women should get to hear about the positive aspects of working in tech, too.”

All the talks will be live-streamed and recorded for posterity. Horvath said she’d love to see Passion Projects expand beyond San Francisco’s borders to a larger, even international audience — perhaps even as a standalone conference.