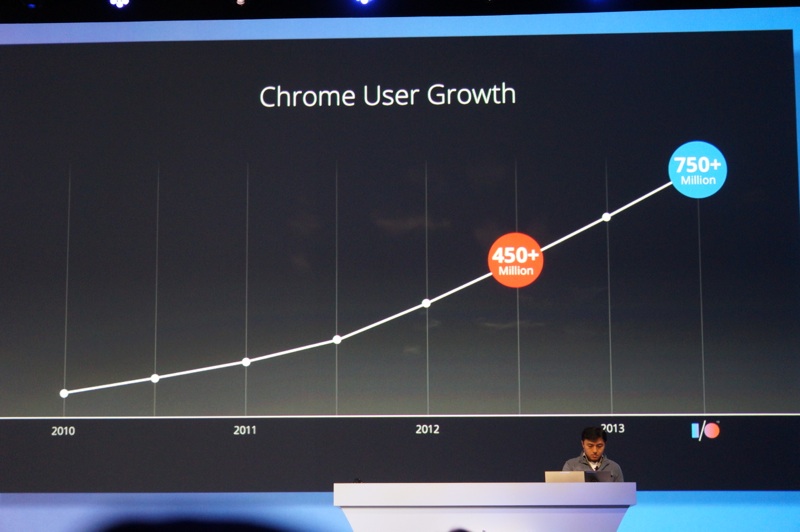 Google Chrome has grown nearly as much in the last year as it has in its lifetime up to 2012. Google announced today at its I/O conference in San Francisco that it has over 750 million monthly active users for its Chrome platform today.

“Chrome increasingly is being used on mobile. What excites us is that a lot of this new growth is coming on phones and tablets,” said Sundar Pichai, senior vice president of Chrome, at Google I/O. “It is in its early days, but we think we can do to the mobile web what we did for the desktop web.”

Pichai believes that Chrome web browser is the most popular one today.

There seems to be growth for Google’s Chrome operating system as well, which runs on its series of Chromebooks. Chromebooks are web-only personal computers, and currently Lenovo, HP, and Asus are the only companies building hardware for it. Pichai says that Google will continue to expand its partners carrying the computers.