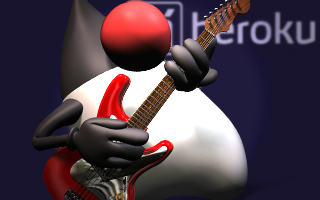 Cloud application platform Heroku has announced support for Java, one of the most popular programming languages in existence.

While Ruby in particular is popular in the world of web startups and Node.js is wildly buzzy at the moment, Java is without doubt the most widely used programming language now supported by Heroku and may do a lot to increase Heroku’s adoption within the greater developer community.

As Heroku co-founder Adam Wiggins writes on the company blog, “Java boasts an estimated population of six million developers, with a vast ecosystem of tools, libraries, frameworks and literature. It is the most mature and established programming language for building server-side applications in existence today.”

Wiggins also enthuses about the Java Virtual Machine, which he calls “one of the best runtime VMs in the world.”

Other JVM-based languages, such as JRuby, Scala and Jython, will also be bootstrappable on the Heroku platform with pom.xml.

In the post, Wiggins explains why the Cedar stack supports the Jetty webserver with Java rather than J2EE application containers, which he said are a relic of older software distribution methods.

“Heroku is built for the new era of software-as-a-service,” he writes. “Java teams are often still stuck with the classic process because it’s built into the toolchain. Heroku for Java is optimized for compact applications that require robust yet agile deployment and rapid iterations. You can deploy any Java application to Heroku, including J2EE applications, but you aren’t constrained by the J2EE deployment process.”

Check out the Heroku blog for a sample hello world app to get you started.

Image of Duke the Java mascot courtesy of Wikipedia.