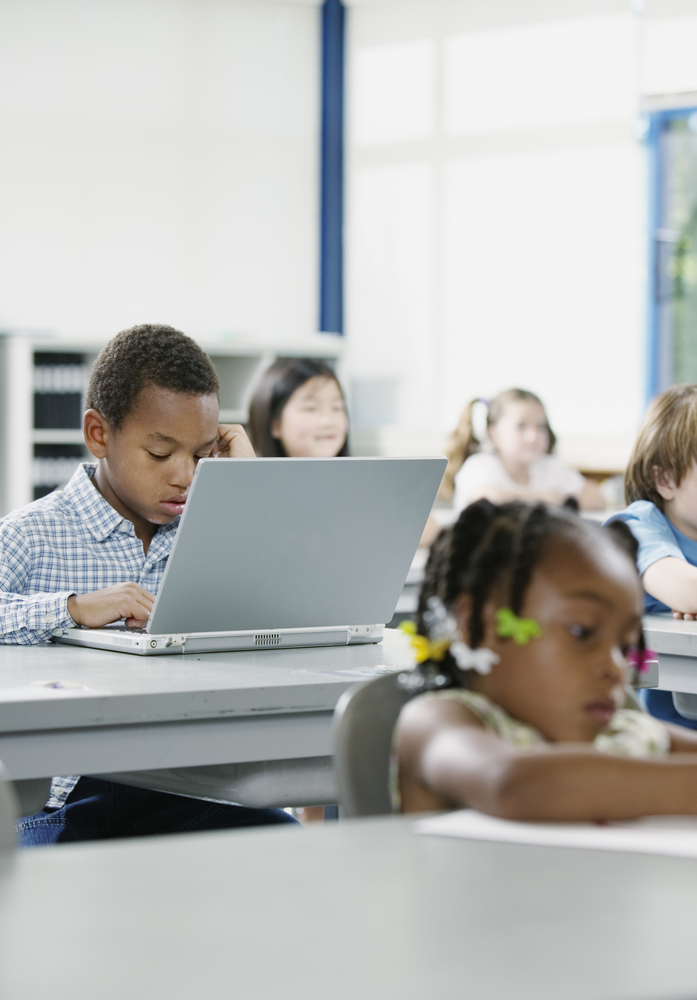 Code.org has taken the web by storm with its message of computer science for all — and according to its founder, Hadi Partovi, racial and gender balance in the tech world is a major underlying principle of that message.

“Ninety percent of schools don’t even offer computer science, and those aren’t the schools with lots of white kids in great neighborhoods,” Partovi said in a phone call with VentureBeat today.

“Coding is the American Dream. If you want to be the next Mark Zuckerberg or even want a high paying job, those jobs are for programmers. … And yet the opportunity to be exposed to that is going to the top 10 percent, and that is just morally wrong.”

Code.org is an advocacy campaign focused at getting more kids interested in computer science. It’s also working to get more states, schools, and teachers on board with the program.

The most visible aspect of its work so far has been a series of short films featuring the superstars of the digital age — Zuckerberg, Bill Gates, Jack Dorsey — talking about programming and how learning to write code can change lives for the better.

In those clips, Partovi told us, the Code.org team specifically attempted to get more women and people of underrepresented races front and center.

Here’s a short film that hasn’t been released elsewhere, given to VentureBeat by Code.org reps:

“For gender inequality, we care a lot about it, and we spent a lot of time in making these short films in paying attention to the right messages, making sure we had a balance of women and different races represented,” he said.

Various studies have shown that by the time they’re in high school, girls steer clear of computer science because of preconceived — and largely inaccurate — ideas about what computer scientists do.

“With the montage we did of different workplaces, we wanted to get across that these are really great jobs, but also show that these people are working together in the sunlight rather than the typical media impression of what an engineer is — a geeky guy working alone in a basement,” said Partovi.

And as for the idea that girls are bad at math and therefore can’t code, a message that’s passed down in popular culture if not in tech culture, Partovi said, “Girls don’t get the idea they’re not good at math in third grade. At that point, building things on a computer is still like playing. … If you can start counting at zero, that’s all the math you need.”

Aside from getting kids away from intimidating media messages and encouraging them toward computer science careers, Code.org is also girding its loins for a battle royal with state governments and school boards. Getting more states to recognize computer science as a valid course and getting more schools to offer courses and clubs for computer science, Partovi said, “is the most important aspect of increasing diversity” in technology industries.

“Forty-one states don’t count computer science as part of STEM [science, technology, engineering, and math curriculum],” he said. “That means the money that goes into STEM, none of it goes into getting more computer programming. The other issue is that for students in those states, studying computer science in high school does not count toward graduation. It’s just an elective.”

The end result: The only students who go into college with a decent understanding of code are those who can afford the time and money to study programming independently. Speaking generally, these kids aren’t at-risk economically, they’re not from a wide range of ethnic backgrounds, and they’re not girls.

“I have a 3-year-old daughter and a 5-year-old son, and I’m basically using iPad games to teach them basic computer programming,” Partovi said as we wrapped up our interview.

“I think everybody should get basic exposure so they can make an informed choice. Most people never even know about the choices they’re rejecting because computer science isn’t on the menu.”