Earlier today, I posted a hands-on look at Apple’s macOS Catalina and iPadOS 13, the unexpected stars of this year’s Worldwide Developers Conference in San Jose. But there were three other major operating system releases during the same (long) keynote, and though they frankly weren’t as exciting as the Mac and iPad announcements, they’re worth digging into as well.

iOS has been split into two versions: iOS 13 for iPhones, and iPadOS 13 for iPads. This isn’t the first time iOS has been forked — it’s the basis of tvOS for Apple TVs, and was stripped down to become watchOS for Apple Watches — but this time, the move feels like a demotion. Apple says that iPadOS 13 gets all the same new features of iOS 13, plus some, which means that the iPhone might not be the only star of Apple’s fall show this year. It’s about time.

But realistically, Apple is probably going to sell a lot more iPhones and Apple Watches than iPads this year — even though Apple is not going to have 5G phone or watch hardware to offer customers. That makes new iOS 13 and watchOS 6 software features quite important to keeping demand going. So let’s take a look at the five biggest changes on each platform.

1. Speed. Apple says that Face ID is 30% faster on both devices, and apps will launch up to twice as fast as before. But while both differences were pretty obvious on my 11-inch iPad Pro, only the app speed increase was apparent on the iPhone XS. So your mileage may vary depending on the devices you’re using. 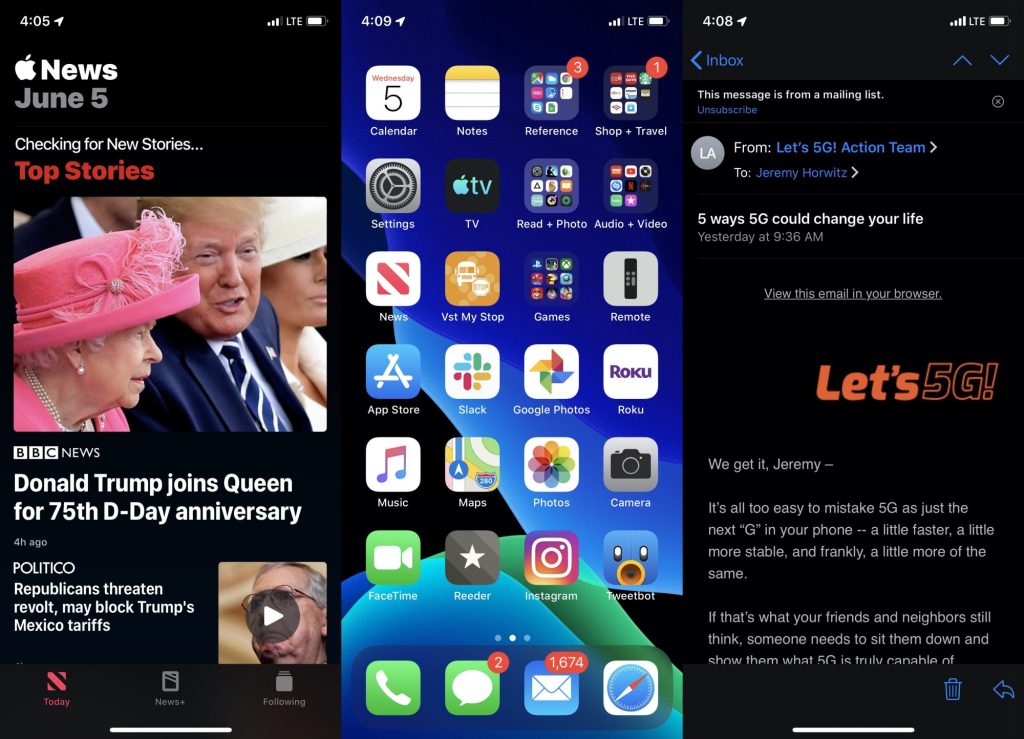 2. Dark Mode. Without downplaying the relevance of this feature, which enables the entire iPhone UI to go from white and light gray to black and dark gray, there’s not much more to say about it than “it works,” though presently only in first-party apps — something that will change during the beta period as developers add support. Apple has introduced four new wallpapers that shift in tone based on whether you’re in Light or Dark mode, as well as the ability to make the phone automatically transition between them on a schedule of your choice. I’m looking forward to seeing battery test results for how OLED-equipped iPhone X, XS, and XS Max models perform in both modes. 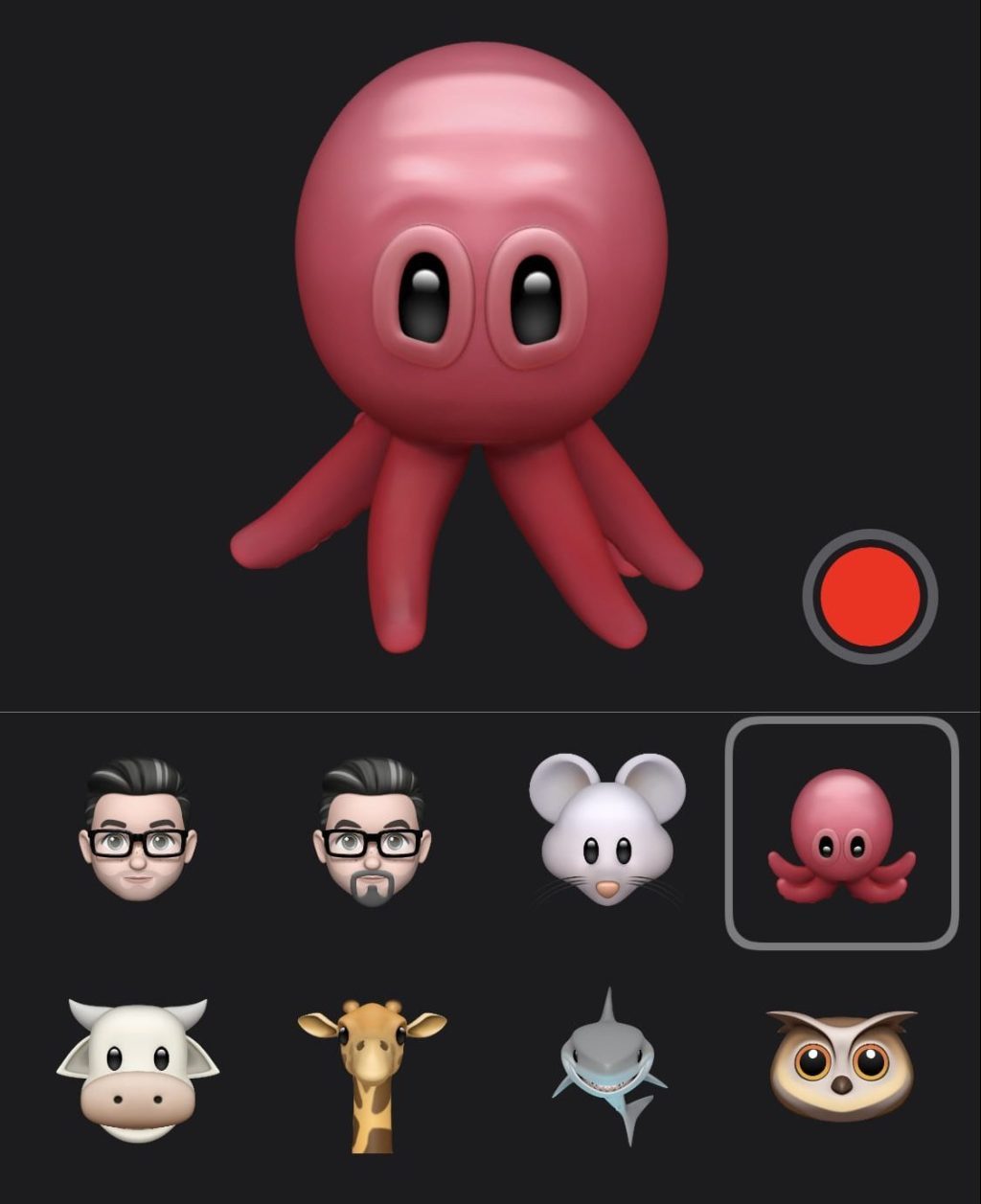 For the first time, Messages lets you store a name and photo that can be shared (or not) with selected contacts, rather than relying on your personal phone number or email address, as has been done in the past. It’s a welcome feature that I’d hope to see expand into proper profiles in the future. Android switchers may also prefer typing on a newly swipe-friendly version of the iOS keyboard, which isn’t exclusive to Messages. 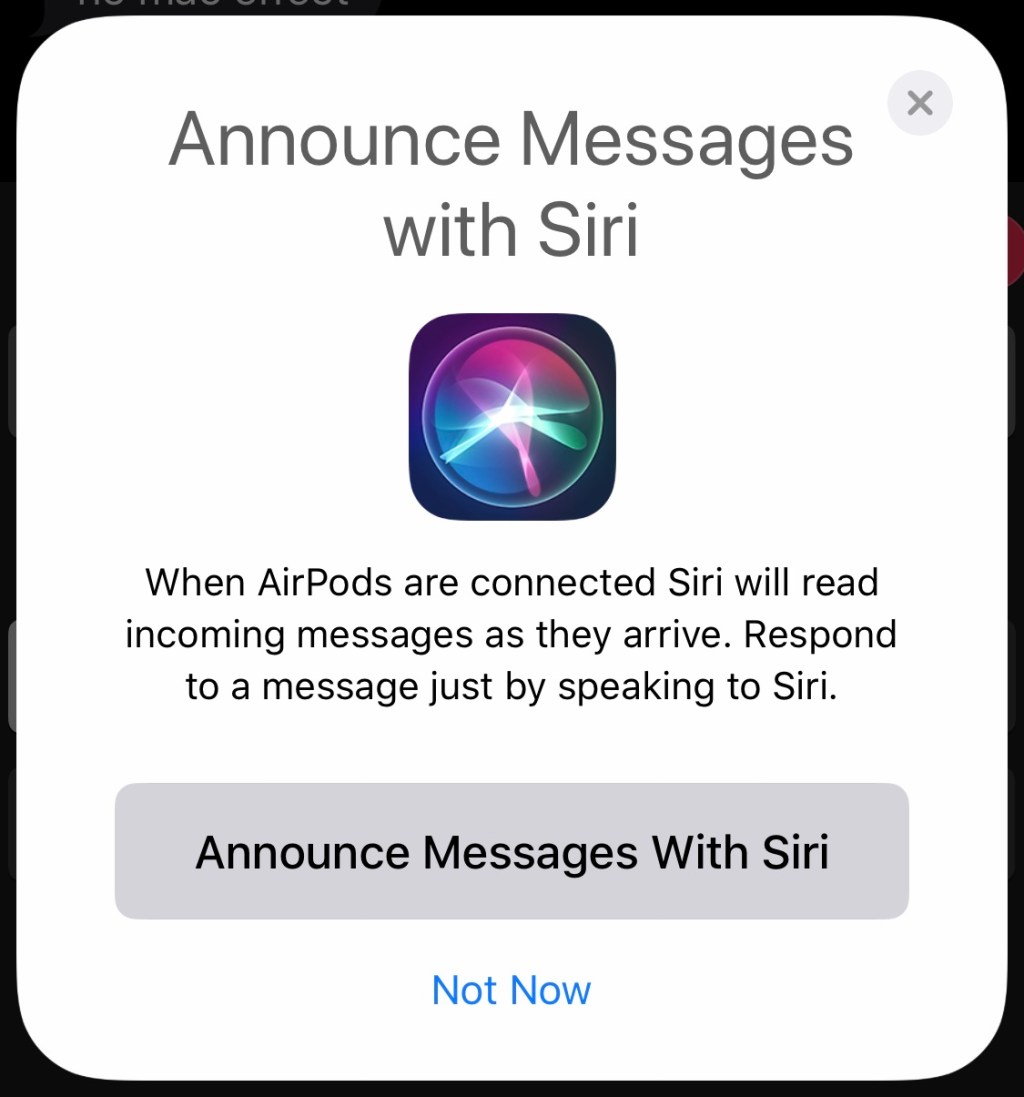 One addition that will be huge for some people leverages AirPods to let you instantly hear and verbally respond to incoming text messages. Imagine walking and being able to carry on a responsive text conversation with someone without ever looking at your screen; hopefully this feature will come to CarPlay, as well.

4. Health. In addition to adding menstrual cycle tracking — a feature that will especially benefit women seeking to maximize or minimize fertility — the Health app has received a visual overhaul and streamlining. Virtually everything now links out from a Summary screen, which begins with records, favorite data types, and highlights; continues with a snapshot of activity data; and adds health-related promotions: a “Register as an Organ Donor” ad, an “Update Your Medical ID” reminder, and explanations about hearing health and hearing loss. This ties into the Apple Watch’s new Noise app, which samples ambient noise and flags you if the level goes above 90 decibels, a dangerous level.

5. Maps. As mildly interesting as Apple’s updates to Maps sounded on stage, you’ll need to see one of them — “Look Around” — to believe it. What seemed like a knockoff of Google Street Maps turns out to actually contain some 3D data, such that when you find an area (hint: try San Francisco) with Look Around support, you will not just see a flat 2D image wrapped around a sphere, but rather actual parallaxing objects and people in scenes. It’s not complete 3D — imagine how much data that would take at this photographic level of detail — but it’s undeniably cool.

Maps also lets you easily create and access folder-style Collections of favorite places, so you can keep all the locations for an entire trip (or daily collection of activities) in one or more folders for easy future reference.

There are tons of other improvements, such as a mildly improved portrait mode in the Camera app, and very welcome new image layouts in Photos, plus a load of parameter editing tools brought over from the macOS version of the app. Again, most of these types of changes won’t feel like a huge deal unless you’ve been waiting for years to see them appear, in which case you’ll be pleased if not thrilled by how Apple has integrated them into iOS.

Just like iOS 13, watchOS 6 isn’t so much a breakthrough release as another step down the road to making the Apple Watch a handy device for more types of users.

1. Faces. If you love analog watches, you may be happy to know that Apple has added five — California, Gradient, Modular Compact, Numerals Mono, and Solar Dial — to watchOS 6, each as a mild spin on something that’s come before. Solar Dial is the most unique, spotlighting the current sun or lunar position, with an analog/digital inset.

The digital Numerals Duo adds Western Arabic, Eastern Arabic, and Devanagari options for its futuristic extra-large numbers, with color and outline customizations to change up the look. As with most prior watchOS face upgrades, the new designs largely aren’t fantastic, but some people will like them, and they’re better than nothing. 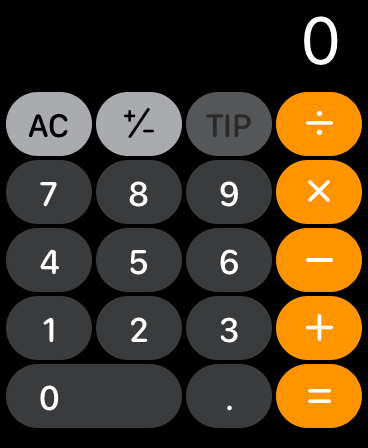 2. Apple Calculator and tips. Rather than just porting the iOS app Calculator directly to the Watch, Apple has added a simple tip calculation button to the familiar UI, enabling you to use the Digital Crown to dial in the percentage for your bill amount, then divide it by the number of people splitting a check. While this tip calculation feature isn’t new — people having been making apps like this for years — having it built into the Watch will enable more people to take advantage of it and lead the Watch (rather than the more popular smartphone tip calculator) to become visible in public settings. 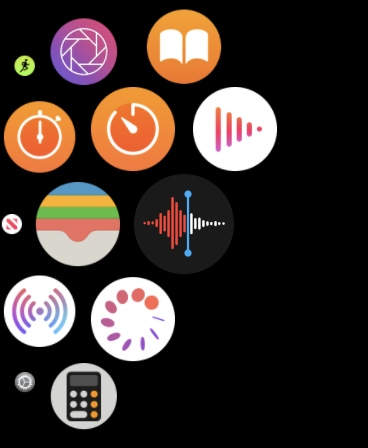 3. Other new pre-installed apps. Apple has added the Audiobooks player app, the menstrual tracking app Cycles, the ambient noise sampling app Noise, the conversation recorder Voice Memos, and a Now Playing icon for easier access to music stored on the device itself. You can easily understand why any of them might be useful in specific situations, though we’re rapidly reaching the point where users should be able to turn off individual first-party apps they don’t want to see on the Watch’s increasingly cluttered Home screen. 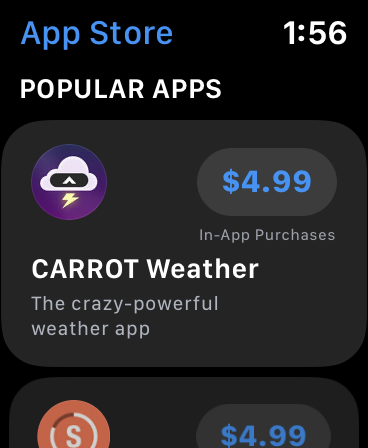 4. App Store. watchOS apps have generally been a bust for a lot of different reasons, but Apple’s taking another swing at the concept by building the Watch its own on-device app store, giving developers the opportunity to craft (and sell) apps with no dependence on the iPhone for processing or data. Apps can now be downloaded directly from the Watch through an interface that’s as easy to use and navigate as the iOS App Store, which means this could be absolutely huge for Watch development … or another disappointment, like the Apple TV and Mac App Stores. Time will tell.

5. Freedom. There’s a sense that the Apple Watch won’t need to depend on the iPhone as much going forward; in addition to the App Store and apps, which will be able to update over the air without assistance, you may be able to update watchOS itself without using the iPhone’s Watch app — one of the most tedious and annoying elements of using the Watch today. This isn’t possible in the first developer beta, and there won’t be any public beta, so this mightn’t be fully apparent until watchOS 6.0.1 or 6.1 releases later this year, but if it happens, hallelujah.

As a daily iPhone and Apple Watch user, I’m pleased rather than excited by the changes that are coming to the two devices I have on hand at all times. Once again, Apple is refining what’s good rather than really making any huge changes, and I’m not wholly thrilled with that — I’d honestly like some bona fide excitement from at least one of these platforms this year.

Perhaps there will be some new hardware changes that will see the iPhone 11 and Apple Watch Series 5 really stand out in the fall. Or Apple might hold off on the big tweaks until next year’s iPhones, which are expected to add 5G support, a feature I wouldn’t hold my breath on for the Apple Watch.

That said, if you’re capable of being content with something that’s being polished to a piano-like gloss, you’ll enjoy iOS 13 and watchOS 6. So far, they’re shaping up to be solid updates, and like iPadOS 13 and macOS Catalina, it will quickly become hard to imagine going back to their predecessors once you’ve become familiar with all the new features.