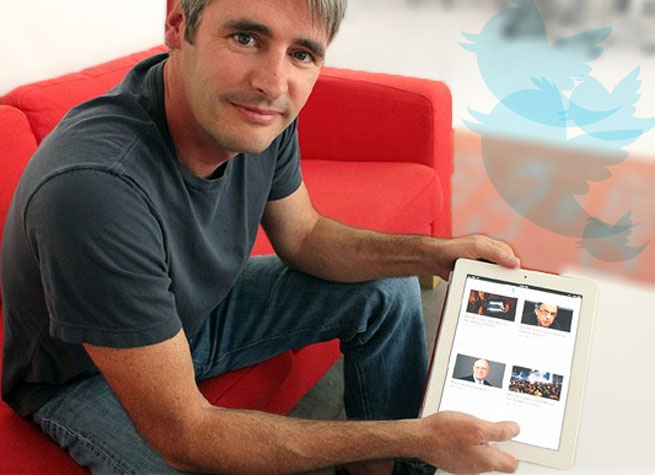 Flipboard co-founder and CEO Mike McCue has announced his departure from Twitter’s board of directors.

In a tweet on the change, the serial entrepreneur sounded no false notes, graciously saying, “To the @Twitter team: it was amazing to be part of the board. You’re truly changing the world. Thanks @ev @jack @dick for the opportunity.”

Twitter CEO Dick Costolo (actually @dickc, not @dick), responded in a similarly warm fashion, saying, “Thanks for the time, enthusiasm, and passion you’ve brought to everything happening here. Remember the slide you showed me in 2009?!”

McCue had been part of the Twitter board since December 2010, when the startup took a hefty round of funding from Kleiner Perkins and made room at the boardroom table for a couple new faces.

As Twitter’s board ecosystem of third-party developers is still struggling to get its head around upcoming API changes from the microblogging service, a few folks are speculating that the Flipboard exec’s decision is a signal that he and other major Twitter API users aren’t happy with the directions Twitter is taking.

That theory makes some sense. Twitter is, in fact, cracking down on API misuse, where “misuse” is defined as making apps that “mimic or reproduce the mainstream Twitter consumer client experience.”

And Flipboard most definitely reproduces the Twitter consumer experience, and does so in an entirely elegant way that is fundamentally different from Twitter’s UI. Plus, Flipboard puts a kink in Twitter’s revenue stream of sponsored tweets, profiles, and trends — the biggest no-no of them all, according to in-depth chats we’ve had with Twitter’s developer outreach team members.

Still, we’re reluctant to call this a “war” between McCue and Twitter. We’ve reached out to Flipboard and Twitter; a Flipboard rep said, “We are still big fans of what Twitter does and we continue to support Twitter across Flipboard.”