MessageBird, a cloud communications platform that creates APIs for developers and AI-powered contact center tools, is shelling out $600 million to acquire SparkPost, an email delivery, optimization, and analytics platform.

Alongside the acquisition, Netherlands-based MessageBird announced that it has significantly extended its series C round of funding from the $200 million it announced in October to $1 billion.

Founded in 2011, MessageBird serves up a Twilio-like platform that enables app makers to add WhatsApp messaging, voice, SMS, and email functionality to their software through APIs — saving them from having to develop the infrastructure internally. Last year, MessageBird launched Inbox, an omnichannel contact center platform that centralizes in-bound communications.

MessageBird, which has accrued an impressive roster of customers, including Uber, Facebook, and SAP, has been on something of an acquisition spree of late. In December, it snapped up Pusher to help developers integrate real-time communication features into their own software. And last month, MessageBird bought two companies — video meeting platform 24Sessions and customer data platform Hull.

With SparkPost under its wing, MessageBird gains access to “predictive email intelligence,” as well as a host of high-profile clients, including JP Morgan, PayPal, Disney, Zillow, Adobe, LinkedIn, and Pinterest.

Founded in 2008, Columbia, Maryland-based SparkPost serves businesses with insights and analytics spanning all of their email campaigns, including delivery rate and engagement, bounce rates, spam traps, and ISP responses. With transactional emails, it’s particularly important to know if any are going astray, as this can lead to customer churn and revenue loss. 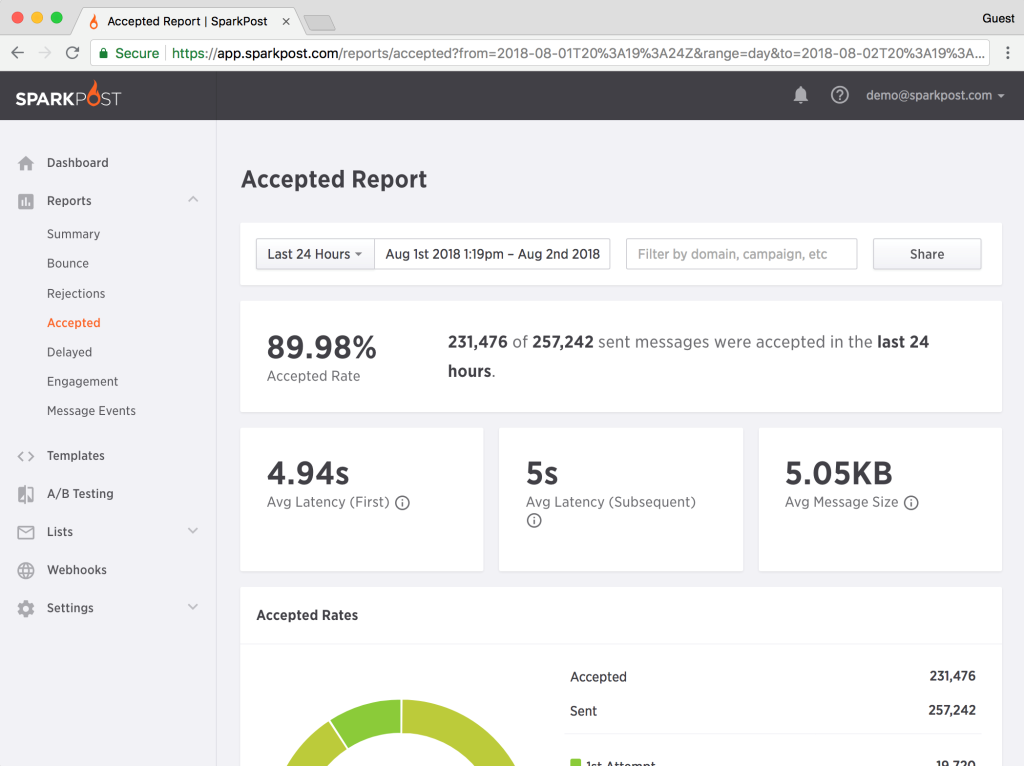 It’s worth noting that the two companies first partnered back in 2019, an integration that enabled MessageBird customers to send emails through the API they were already using.

“We made this acquisition to double down on our partnership,” MessageBird CEO Robert Vis told VentureBeat. “In terms of functionality, the SparkPost platform will give our enterprise customers more control over delivery and inbox placement by providing them with the world’s best email analytics platform and optimization tooling.”

Despite the hype around communication tools such as Microsoft Teams and Slack, estimates suggest roughly 80% of businesses still use email as their primary communication tool. And email-related technology remains big business, with Exclaimer recently raising $133 million to help companies manage their email signatures, while SparkPost itself locked down $180 million in funding just a few months ago.

SparkPost’s acquisition comes in the wake of a handful of similar deals in the email management and analytics space from companies including Twilio, which bought SendGrid for $2 billion, and private equity firm Thoma Bravo, which bought a majority stake in Mailgun.

“Ninety-nine percent of interactions are on email — and globally, it remains the largest customer communication channel by volume,” Vis said. “So, whilst it may feel like an older technology to folks like me who live and breathe technology and communications, it’s still as crucial to customers in 2021 as it always has been.”

With its huge series C extension, MessageBird is now valued at $3.8 billion post-money equity valuation, including debt. As a result of the acquisition, Sparkpost will continue to be offered as a standalone product.