Microsoft today released a new Windows 10 preview with input, accessibility, and search improvements. This build is from the 19H1 branch, which will arrive in the first half of next year.

Speaking of the touch keyboard, it now has more symbols. After changing to the number and symbols view (&123), tap the new Ω key to see multiple tabs with lists of symbols.

As for accessibility improvements, the Narrator now works better with Chrome (up and down arrows in scan mode, navigate with tab key, continuous reading commands, and navigating by headings and links). The UI Automation framework now supports translating IAccessible2 information from Chrome, which supports IAccessible2 rather than UI Automation. Speaking of Narrator, Braille users will be happy to know of a few updates: BRLTTY version 5.6 adds USB support for Inceptor and Orbit 20 displays, BrailleNote Touch is recognized when using USB, Baum displays can now use B9 and B10 interchangeably, and Liblouis binaries and tables have been updated to version 3.7.0. 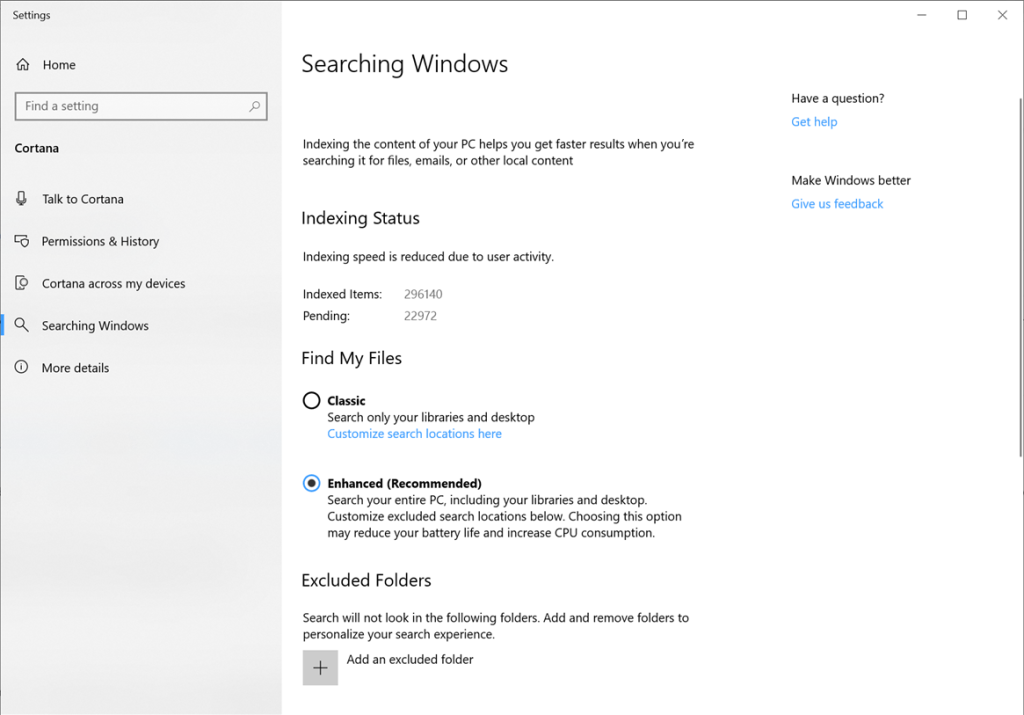 This build also introduces a new indexing feature that lets Windows search all your folders and drives, instead of just your documents, pictures, videos, and desktop, by default. You’ll have to turn it on (Windows search settings => Find My Files => Enhanced, which will start a one-time indexing process — make sure your device is plugged in). After indexing, which will take about 15 minutes (longer if you have many files), you’ll be able to find all your files “almost instantly” with Windows Search, Microsoft promises.