In the ecommerce world, there’s a flurry of activity around startups eager to increase adoption of their services. If Stripe, PayPal, and Shopify have taught us anything, it’s that the best way to get into a company is to show developers ways to integrate technology into their existing infrastructure. One of the latest such services to emerge is Moltin, which just raised $2 million in seed funding to help developers build customizable ecommerce solutions using its API.

Backed by Frontline Ventures, venture capitalist Gil Dibner’s AngelList Syndicate, Y Combinator, and Funders Club, Moltin will be using the investment to establish partnerships with global brands and to further develop its technology. The company already counts over 5,400 developers and agencies using its platform. 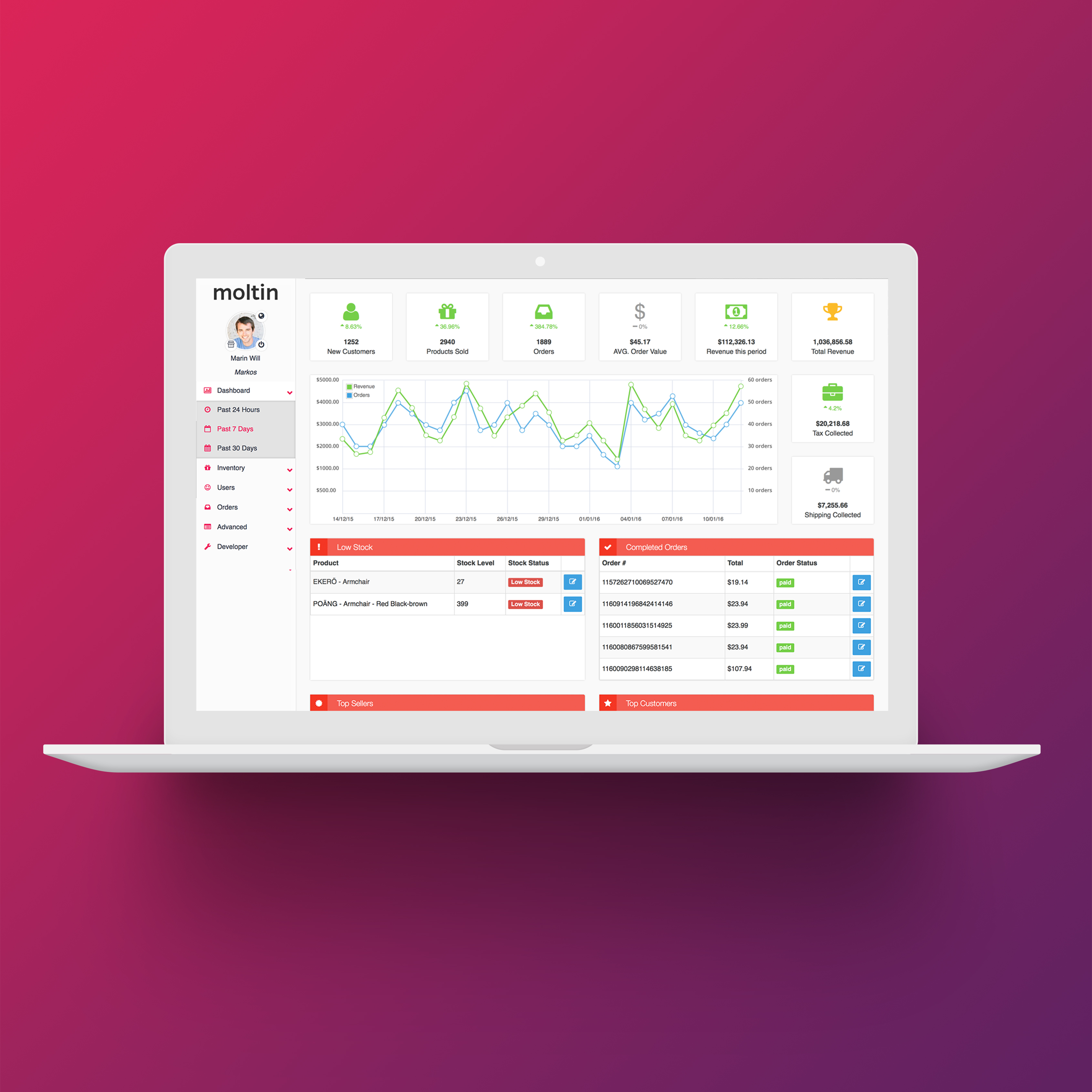 Moltin has stated that it’s challenging efforts by payment providers Shopify and Magento within the ecommerce space. But what’s the appeal of this startup? Company cofounder Adam Sturrock told VentureBeat: “The ecommerce technology space is still plagued with huge problems despite the number of players – which is indicative of a market that hasn’t had it’s issues truly solved yet.”

“We’ve solved that problem in a really simple way, and it means building for websites, apps, even virtual or augmented reality is simple, and practically identical, no matter which technology you choose,” he continued. 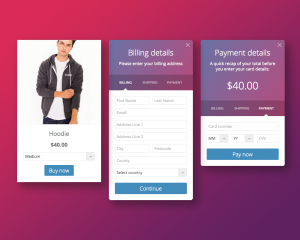 Sturrock and his cofounders, Jamie Holdroyd and Chris Roach, say Moltin was built to meet a need they observed when working in an agency. They saw the problems brands were having dealing with legacy ecommerce solutions, how often integration efforts went over budget and time. After noticing that these solutions didn’t scale enough to enable brands to build distributed or native apps at a reasonable cost, the founders decided to create Moltin, which offers an API that provides features like a shopping cart, checkout, payment aggregation, inventory management, a customer service module, order management, and more.

In addition to an API, Moltin provides an administration dashboard that gives developers and store owners the ability to manage their outlets through a single interface. Eventually, Sturrock said that the company will focus on third-party integrations, create a recommendation engine, and offer more personalization to help brands better connect with their customers.

Moltin believes that its offering is better than the that of Magento or Shopify because it’s pain-free. “Developers and designers often find these platforms frustrating, time-consuming, limiting to work with, and have no creative freedom or flexibility,” Sturrock explained. “Moltin takes a hybrid approach: to provide a powerful, flexible, responsive solution that can scale with any business.”

Moltin is not the only one with an API — Shopify, Storefront, Magento, Bigcommerce, and others provide similar capability. But Sturrock believes that what sets Moltin apart in terms of its appeal to developers is the level of personalization it offers: “We’ve traditionally stuck to more passive means for onboarding new users: This meant working hard with content and message to get a good search engine ranking, and being really hands on with our users when it comes to support, which in turn has led to some really good ‘word of mouth’ evangelism.” 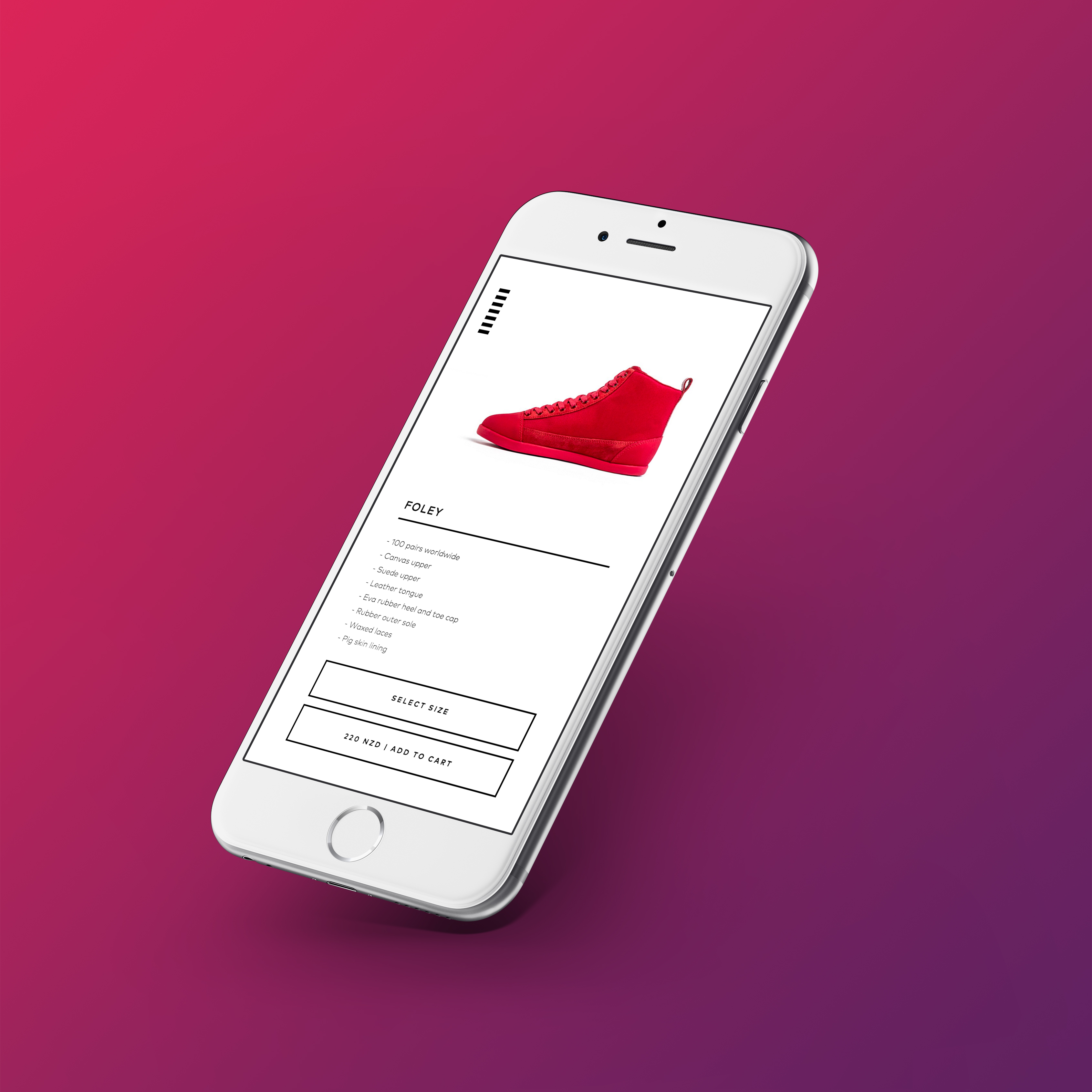 “We are developers ourselves, and we set out to build the tools we wish we had. I think that’s why we’ve seen the incredible developer adoption so far,” he explained.

To put the company’s 5,400 developers into perspective, Shopify has 200,000 merchants using its platform, while Bigcommerce counts 95,000 active online stores.