Firefox 70 for desktop is available for download now on Firefox.com, and all existing users should be able to upgrade to it automatically. The Android version is trickling out slowly on Google Play and the iOS version is on Apple’s App Store. According to Mozilla, Firefox has about 250 million active users, making it a major platform for web developers to consider.

Firefox 69 arrived in September with Enhanced Tracking Protection turned on by default. Third-party tracking cookies from over 2,500 tracking domains are blocked without users having to change anything. 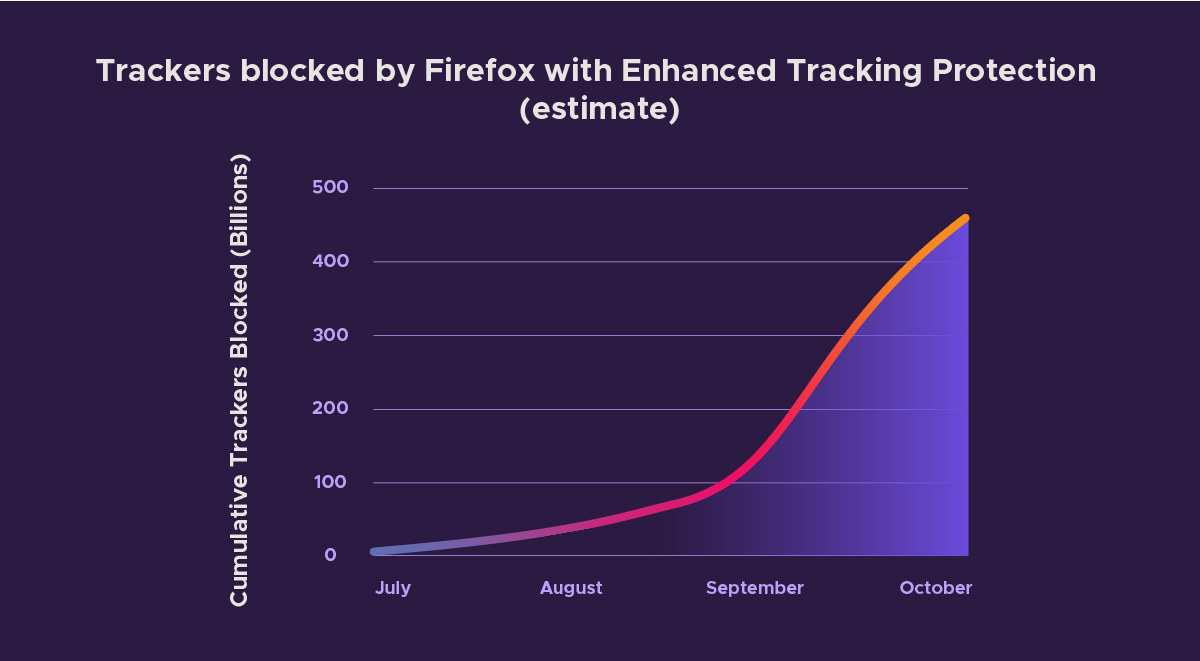 Mozilla today estimated that Firefox has blocked more than 450 billion tracking requests since July 2 (some 10 billion every day). While this mainly happens in the background, Mozilla wants to give Firefox users more visibility into how they’re being tracked online.

The free Privacy Protections report shows the number of third-party trackers, social media trackers, fingerprinters, and cryptominers that Firefox has blocked for you. To access your report, click the shield icon in Firefox’s address bar and then Show Report or click here. “The industry uses dark patterns to push people to ‘consent’ to an unimaginable amount of data collection. These interfaces are designed to push you to allow tracking your behavior as you browse the web,” Selena Deckelmann, Mozilla senior director, said in a statement. “Firefox’s Data Privacy Principles are concise and clear. We respect your privacy, time, and attention. You deserve better. For Firefox, this is business as usual. And we extend this philosophy to how we protect you from others online.” 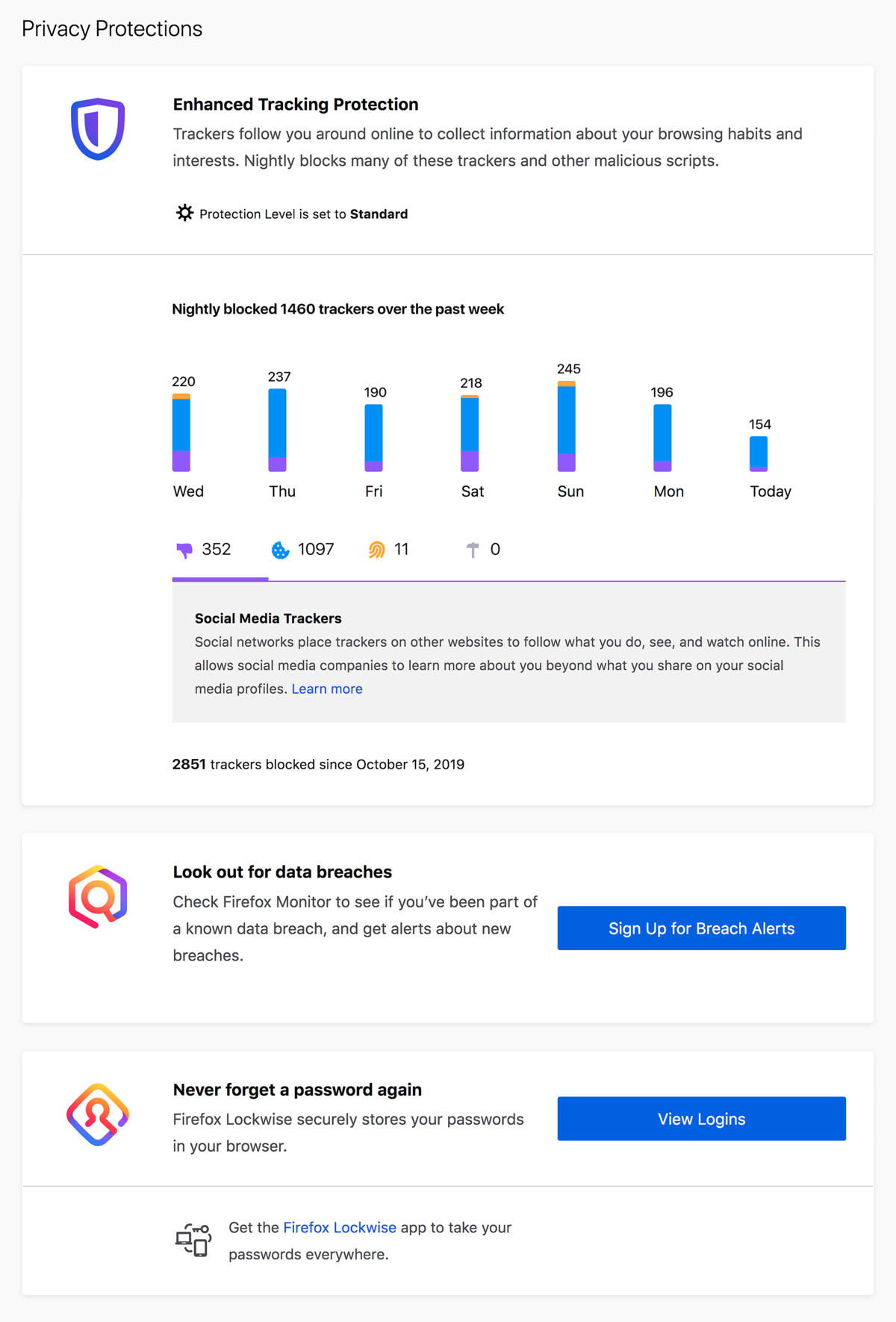 Additionally, the report includes Firefox Monitor, which lists data breaches and the number of unsafe passwords that may have been used in a hack. You’ll also get a brief look at the number of passwords stored with Firefox Lockwise.

When you create a Lockwise account, you’ll be prompted to generate a safe password. All generated passwords are automatically saved to your Firefox Lockwise account. Lockwise has also received an improved dashboard to manage your passwords. Click on the main menu button, hit “Logins and Passwords” and you’ll be able to search, sort, create, update, delete, and manage your passwords to all your accounts. Firefox Monitor will send you a notification if an account may have been involved in a data breach.

Firefox 70 also shows a crossed-out lock icon for sites delivered via the insecure protocols HTTP and FTP. Additionally, the formerly green lock icon is now gray, “with the intention of de-emphasizing the default (secure) connection state and instead putting more emphasis on broken or insecure connections.”

Furthermore, Firefox 70 will strip path information from the HTTP referrer sent to third-party trackers. HTTP referrers can be leveraged to track you from site to site — companies collect and sell this data to third parties to build user profiles.

On macOS, the performance gains should be even bigger. Compositor improvements are expected to reduce power consumption, speed up page load, and reduce resource use for video.

If you’re a web developer, you’ll want to get more details here: Firefox 70 for developers.

Firefox 70 for Android is a minor release. That’s because the Android team is mainly focused on Firefox Preview. The changelog is just two bullet points:

Firefox for iOS also received an update today. If you’re like most iOS users, you’re on iOS 13 and you’ll want this Firefox update to match. The full changelog: