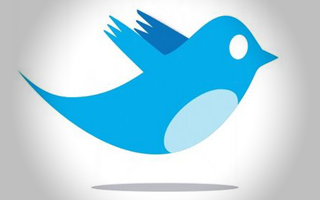 Twitter has rolled out some new user experience tweaks that change how we’ll be seeing activity on the site.

A similarly diverse stream is the entirely new Activity tab, which shows all the non-tweet activity from people you follow. You can see new follows from your friends, friends’ retweets and their favorites.

“Just because we follow a thousand people doesn’t mean that we want to read all their tweets,” said Chuck Longanecker, founder of user experience shop Digital Telepathy. “Over time, we will be able to answer the question: Will people prefer the timeline or activity? Is there room for both or will it cause clutter?”

A Twitter staffer told VentureBeat that the initial rollout will be to “a small percentage of users. We’ll expand to more users later but don’t have specific timing to share. And, we’re also working to bring these features to our mobile applications, and we’ll introduce them in a way that works well and smoothly on mobile devices.”

Twitter hopes the new features will do two things: Show you which of your tweets are the most popular or inspiring to your followers, and make it easier to learn about things, events and people through the service. The @[your username] tab is intended to accomplish the former, and the Activity tab is aimed at the latter.

All in all, the changes may remind some users of similar items in Facebook feeds, which also feature who-friended-whom snippets and a wealth of other data outside of updates from just your friends.

However, as Longanecker pointed out, “It’s tough to directly credit Facebook for further innovation of activity stream. They certainly brought it to the mainstream, but many apps from news aggregators to project management tools have been contributing to the design and functionality of this social timeline of activity to give more depth to what’s going on in your social graph relative to time.”

Typically, users get a bit upset over any design or experience changes. When the “New Twitter” overhauled inteface rolled out last year, many users rebelled, but many more seemed to enjoy the better/faster/richer bent of the app.

“Of course we anticipate a variety of reactions, as is the case with any product changes,” said the Twitter rep.

“The majority of people on this planet are adverse to change,” said Longanecker. “So there will be some confusion and chatter about it. In general, I think Twitter did a good job bringing in powerful features with subtle design changes. That’s the secret — simple on the outside, complex on the inside.”

We’ll see how folks react to these rather significant tweaks in the Twitter.com user experience. In the meantime, here’s a sneak peek at what’s to come: 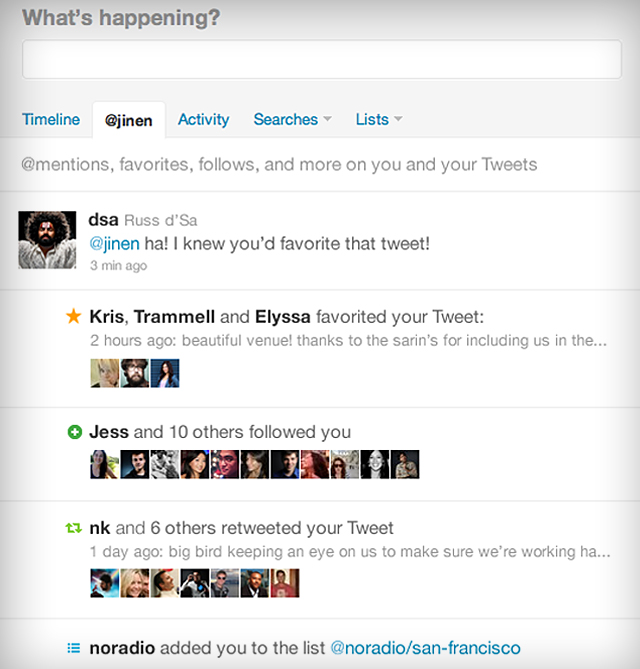 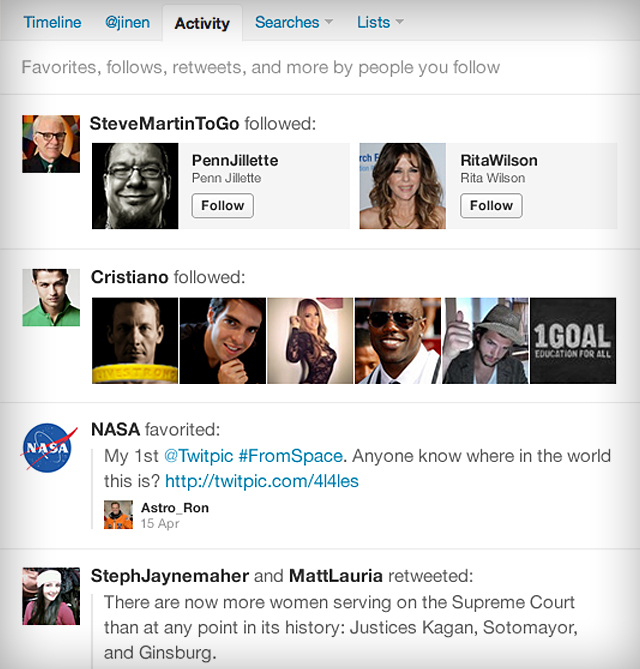