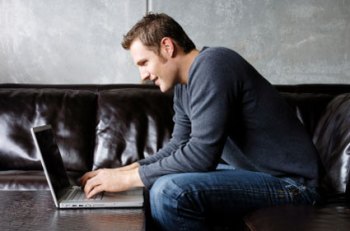 Developers plan to invest most of their time, talent and energy in mobile and API projects over the coming year — and will continue to code in a variety of languages, according to a new report.

Zend released its Developer Pulse global survey report this morning. The survey itself was conducted in late November 2011; around 3,335 respondents were polled.

The company itself is known for its comprehensive focus on PHP, the programming language that powers about a third of the Internet, including Facebook, Wikipedia, WordPress, Zynga and many other household-name-type websites and services.

“2012 brings with it escalating requirements for cloud, mobile and social apps,” Zend CEO Andi Gutmans said in a statement, echoing the most dominant trends of the past couple years — the ones that are capturing companies’ imaginations and paying developers’ bills, so to speak.

Here are the findings of the survey: 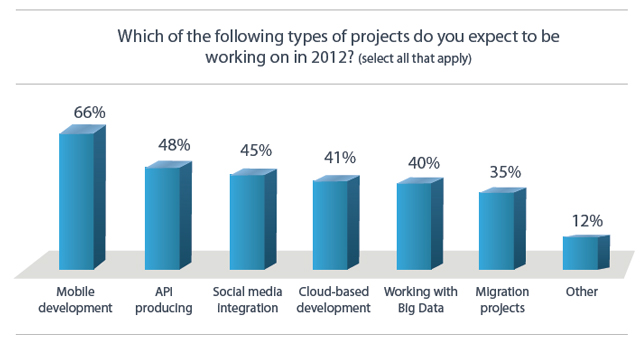 Around half of the developers in this survey said they would be working on projects in four key areas: cloud technologies, social media integration, analytics and big data processing, and creating APIs. About 46 percent of the devs (52 percent for large enterprise developers) said they wanted to learn more about cloud application development, and 44 percent said they wanted to learn more about building big data apps.

More than 60 percent of the developers said they will use a public cloud service for their apps this year. Amazon was the most popular option, claiming 30 percent of the audience. 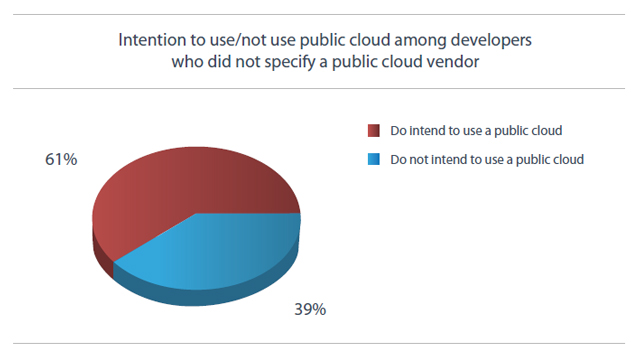 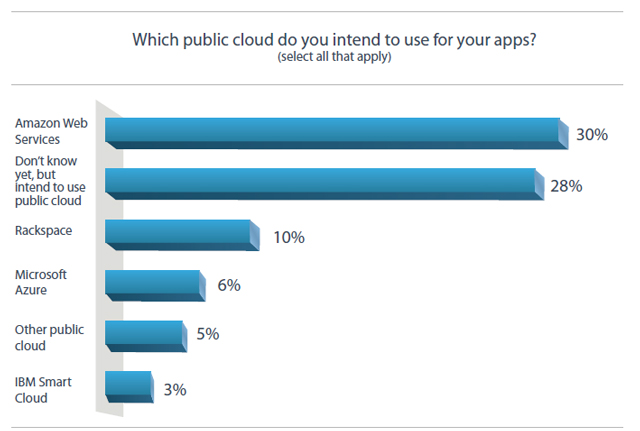 The languages devs are using in 2012

However, the four most commonly used languages are those old standbys: PHP, C, Java and JavaScript. According to the report, around 67 percent of devs spent more than 50 percent of their time with PHP (keep in mind, the survey was conducted by Zend, the PHP factory). Zend also says the survey showed an “uptake of PHP in the enterprise.”

In addition to PHP, Zend’s developer respondents said they use one or two other languages on a regular basis, with as many as 33 percent of large-enterprise developers using both Java and PHP. 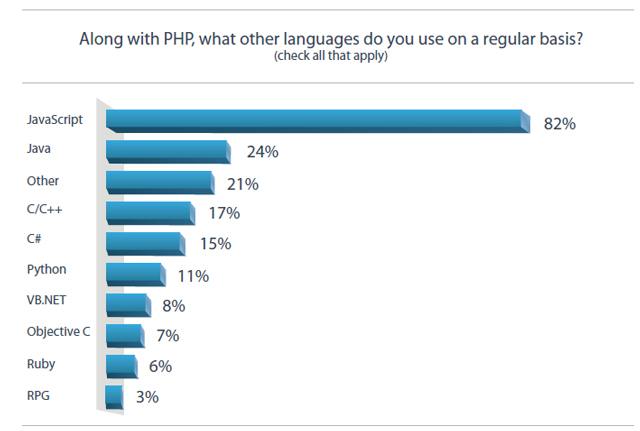 Music to code by

Whether you’re rockin’ those ubiquitous white earbuds in your cubicle or rocking Turntable.fm throughout the office, if you’re a developer, you’re probably listening to music while you write code. I’m an Iron Maiden girl, myself. 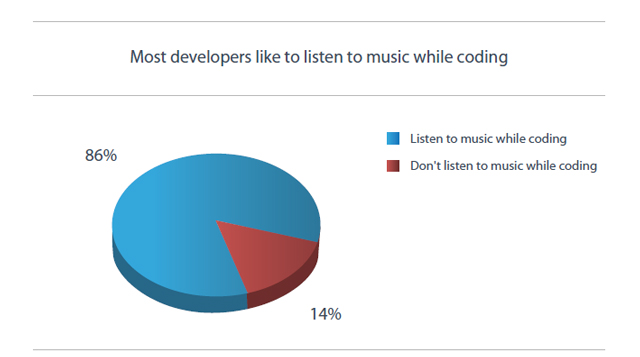 More than anything else, this survey’s respondents agreed that music is the thing for a developer’s ears. What they listened to while working, however, was split along fairly diverse lines of taste and preference.

The survey also shows that while you secretly love Lady Gaga, you will likely take that secret to your grave and only listen to Mother Monster in the privacy of your own headphones. 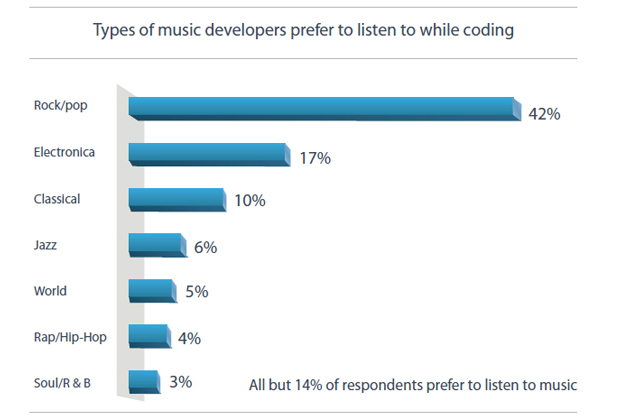 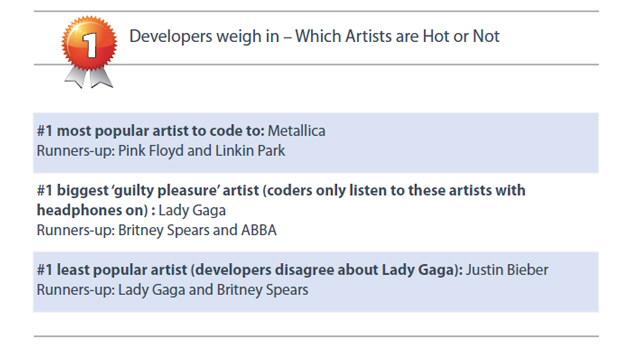