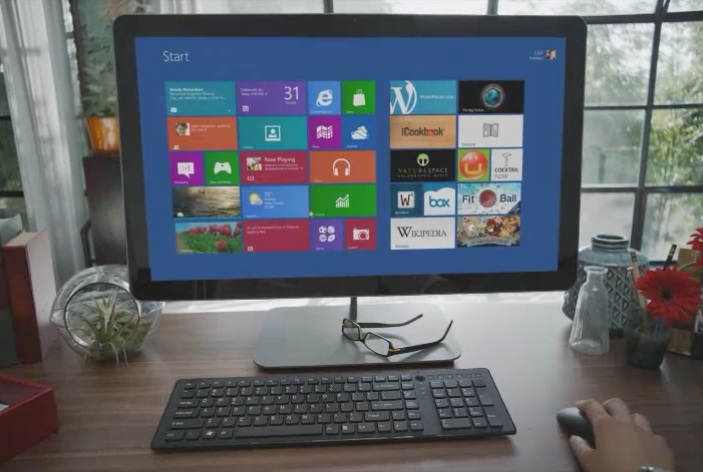 Microsoft is cleverly promoting Windows 8 with the tagline “no compromises.” The idea is that you get both a desktop/laptop operating system (OS) and a tablet OS in one package and a “best of both worlds” experience on any device.

In reality, the decision to meld the traditional mouse-and-keyboard Windows with a new, radically different kind of interface designed for touch devices is itself a compromise – a choice with understandable business and engineering rationales, but one that is likely to introduce significant challenges for the Windows user experience (UX) in the months ahead.

Related: Why Windows 8 could be the next Vista

The unique dual-personality design of Windows 8 has been covered extensively elsewhere, and you can currently download and try a preview version for yourself. Basically, a touch-oriented user environment called Metro is now the front-and-center startup experience, and the familiar desktop environment (with various enhancements) has been moved to a separate mode that is summoned on demand. Applications are built to run in one mode or the other.

So what is the big issue with having both a touch environment and a mouse environment coexist? Well, there are at least three:

1) It introduces two distinct top-level modes into the operating system, based more on software compatibility considerations than any logical separation of user tasks. Although modes do have a place in user interface (UI) design, they can cause problems if they aren’t well matched to the tasks the user is performing, and they tend to increase the mental effort required to use an interface. If affordances for changing modes aren’t clearly provided, users can also become trapped in one mode, as this video a few months ago amply demonstrated.

2) It is incredibly difficult to build a UI that is simultaneously optimal for mouse and touch, because of the major differences between these two interaction paradigms. For example, mouse interfaces have an onscreen pointer and a concept of rollover or hover; these are not available in most touch-oriented interfaces. On the other hand, modern touch hardware allows for multi-finger input, while a mouse has just one cursor. If a key selling point of Windows 8 is to have both worlds at your command at all times, all apps must be usable with both types of input. This includes third-party software over which Microsoft has little control and which could predate Windows 8 by a decade. If you spend any real time with Windows 8, it’s almost certain you will end up using a third-party app that was designed for the “opposite” interaction mode, and it will be a bumpy experience.

3) Merging a traditional PC desktop and a streamlined, touch-oriented environment into a single product glosses over the divergent contexts in which people use these kinds of devices. There’s a reason Steve Jobs gave the first public iPad demo from an armchair: The iPad is designed to be used primarily in casual contexts, like those where a person would be reading a magazine, talking on the phone, or working out ideas in a notebook. This can be both consumption and creation, but it has a different emphasis than sitting at an office desk using a traditional PC. As a result, the iPad offers a very different kind of interaction, one where content and focused tasks take priority over file organization and availability of multiple tools at the same time. Windows 8, on the other hand, attempts to address both contexts at the same time, potentially muddying the waters of what users really need at any given moment.

Despite these challenges, Microsoft clearly has good reasons for its strategic positioning of Windows 8. It needs to migrate its existing customer base to a future that looks increasingly filled with tablets and other lightweight touch devices. Windows 8 has the honor, or misfortune, depending on how you look at it, of serving as the bridge between the present and this future. And in fact, the recently-announced “Windows RT” variant of the product, which will jettison support for all legacy desktop apps except Microsoft Office in order to provide a more optimized experience on ARM-based tablets, suggests that Microsoft understands the compromises in play and is willing to rebalance them as needed.

Nevertheless, the actual Windows 8 experience is a far cry from “no compromises.” I don’t claim to know whether it will be a commercial success for Microsoft. It may even turn out that a majority of Windows 8 users settle into a comfortable routine with the product.

Ultimately, I’m nitpicking Microsoft’s marketing message to make a point – UX design is a challenging activity that’s often idealized, but in fact can almost never be done in a vacuum. It must take into account business and technology realities. Compromise and tradeoffs are part of the game. If you’re building a product, it’s crucial to think about which tradeoffs you’re willing to make and which ones you aren’t, and make intentional decisions rather than letting certain constraints (often the “loudest” ones) decide for you.

Ryan Bell is a user interface software team lead at EffectiveUI, a user experience agency based in Denver, Colo.