Last year, WWDC sold out in a few hours. This year, with a modicum of advance warning, developers snatched up every single one of the $1,599 tickets within a few seconds. 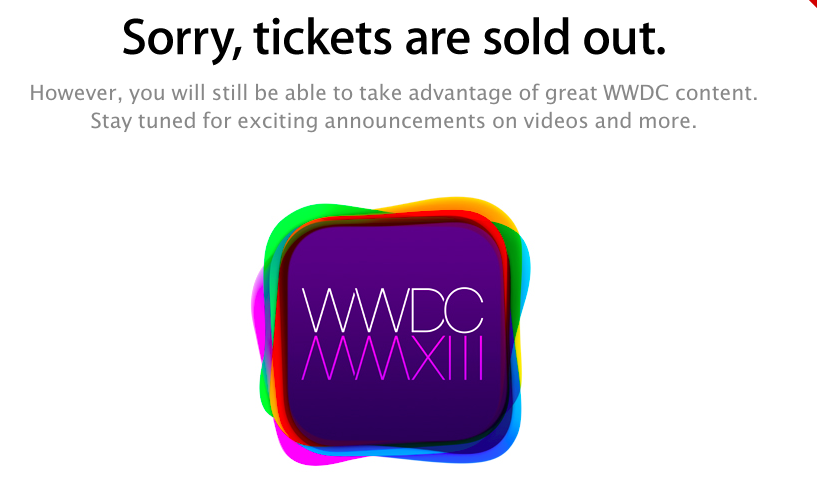 But if you’re waiting anxiously for some exciting, new — or any new — hardware to emerge from the bowels of the Cupertino behemoth (like that colorful imagery?), you can settle in for a spell. CEO Tim Cook, has already announced that Apple will have no product announcements until fall 2013.

“Our teams are hard at work on some amazing new hardware, software and services we can’t wait to introduce this fall and throughout 2014,” Cook said in the company’s quarterly earnings call Tuesday.

“We look forward to gathering at WWDC 2013 with the incredible community of iOS and OS X developers,” said Apple SVP Phil Schiller in a statement yesterday announcing the ticket sale.

“Our developers have had the most prolific and profitable year ever, and we’re excited to show them the latest advances in software technologies and developer tools to help them create innovative new apps. We can’t wait to get new versions of iOS and OS X into their hands at WWDC.”