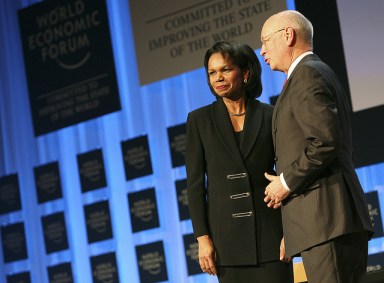 Former Secretary of State Condoleezza Rice announced on Wednesday that she will join the board of directors of biofuels producer KiOR beginning July 2011.

Rice has some experience dealing with petroleum companies and biofuel companies, having served on the board of directors of Chevron. That is probably good enough for KiOR, which focuses on transportation fuel for cars, jets and the like.

KiOR seems to have brought on Rice more for her business expertise than her experience with biofuels. She has served on the board of directors of Charles Schwab and Transamerica and also served on the International Advisory Council of J.P. Morgan. KiOR said Rice would provide “expertise in global business as we pursue our international strategy” in a filing with the Securities and Exchange Commission today.

The company wants to produce gasoline that costs around $1.80 per gallon when produced from renewable petroleum. KiOR’s technology converts wood chips into a substance that behaves similarly to typical petroleum. That price will come with a plant capable of processing 1,500 tons of feedstock every day. The KiOR demonstration plant currently in operation can only process 10 tons per day today.

Futures for light, sweet crude oil cost more than $90 as of this morning — which will inevitably send up the price of just about everything that uses petroleum as a production component. Algae-produced oil from companies like Solazyme, however, might become more popular in the chemical space, since they have set a target of between $60 to $80 per barrel.

KiOR filed to go public in April and is looking to close out a $1 billion loan from the U.S. Department of Energy. The company, like many other high-profile companies filing for initial public offerings this year, has not been profitable in the past 3 years and lost $46 million last year.

Clean technology market research firm Lux Research said biomaterials production will grow faster than biofuels, with 17.7 percent growth each year. That growth would be driven by major deals like this one, according to the firm. The biochemical industry was also worth $11.7 billion last year, up 7 percent from 2009. That’s because about 95 percent of plastics use some petroleum in some way — and most companies are looking for a cheaper alternative.