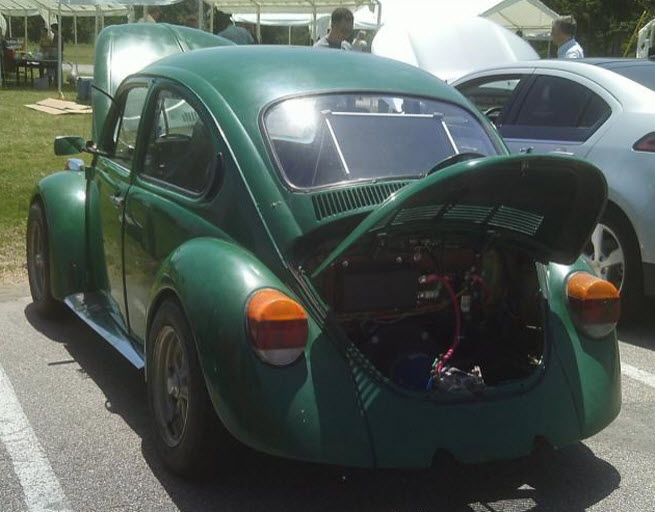 By day, David Brown is a security consultant at Booz Allen Hamilton. But in his spare time, he’s one of a growing number of do-it-yourself electric vehicle creators. In the past couple of years, Brown retrofitted a 1974 Volkswagen Beetle into an electric car, and he talked about his “Voltswagon” project at the Defcon hacker conference on Saturday in Las Vegas.

Electric cars can save you a lot of money when it comes to skipping gas purchases, and they’ve been getting more popular since Tesla launched its first electric car in 2008. But the sticker price of new electric vehicles is a big barrier to adoption still, so hobbyist mechanics like Brown of Friendswood, Texas, are retrofitting their own cars for a relatively small price tag. Brown (pictured below) did it for about $6,000, not counting the cost of his car, tools, and about 100 hours of labor.

The whole point of designing an electric vehicle is to save energy. So it pays to keep that in mind when you’re adding a bunch of new things to an older car. When you are retrofitting a car, you need to install electric vehicle components such as a motor, controller, batteries, a charger, and accessories.

“If you are doing this to save the environment, you probably don’t want to convert a high-performance race car,” he said. “You want to maximize the utility, and figure out how far you need to go and how fast you need to go.”

You have to figure out your budget for the project and your own skills for doing the work. The good thing about building an electric vehicle is that a lot of hobbyists have done it before. Open ReVolt is a community dedicated to openly sharing learnings about electric cars including chargers and motor controllers.

“This is the part that I wished I had known about before I built my electric car,” Brown said. 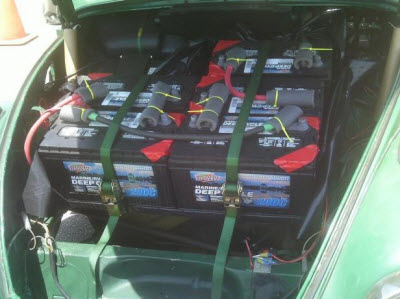 A lot of the work is pulling out the old internal combustion engine and other parts that you no longer need in an existing car. You can pull the radiator out of the car since you don’t need it any more, making it lighter. If you convert a car from power brakes to manual, you can save on power consumption.

Brown said that the open-source EV Dashboard puts the makers of electric vehicles to shame with visual gauges that measure the state of your electric car in terms of speed and battery power. The dashboard electronics can be displayed on an iPad or Android tablet.

Brown’s car can get a top speed of 70 miles per hour and it goes from zero to 40 miles per hour in two to four seconds. It has 10 12-volt batteries and it gets 250 watt-hours per mile. It has a Curtiss 1221C controller and a D&D Motor Systems electric engine. The range is 16 to 26 miles. That short range is a drawback, for sure, but it is improving over time. And Brown noted that 80 percent of U.S. commutes are under 40 mile, and there is no energy wasted while sitting in traffic. The typical cost is about 2 cents per mile. 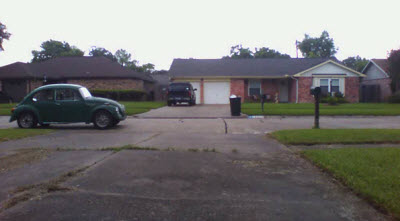 Brown said some technologies that just aren’t ready for prime time, especially for hobbyists, are: solar, hydrogen, supercapacitors,
hub motors, and DIY hybrids. Modders have to be aware that the laws for each state are different. It’s sometimes tough to get an electric vehicle certified in a smog test because the regulators don’t believe that the emissions for any car are “zero.”

Brown said that the project cost him a fair amount of money. He paid $1,200 for a motor, $1,000 for a controller $800 for batteries, $600 for a charger, $500 for an adapter/charger, and $800 for miscellaneous.On top of that, you need a lot of tools. (Make sure you put electrical tape around the tools, as you don’t want to accidentally hit the battery and short it out).

If you’re doing it yourself, you want to buy your batteries last. That’s because the technology is changing fast and it may change several times  in a six-month to two-year project.

But he added the cost for no longer being the “bitch” of OPEC and Exxon: priceless. 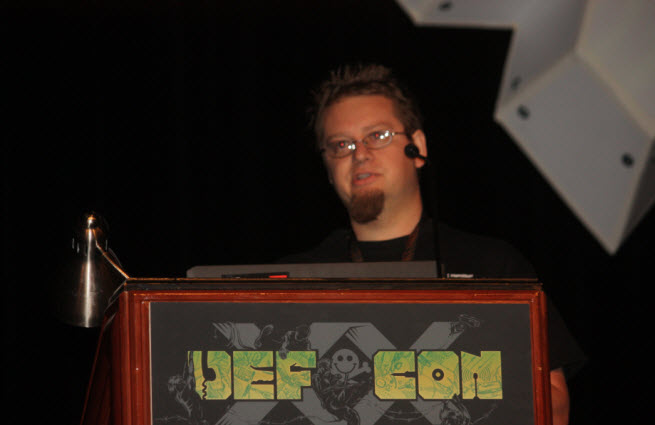