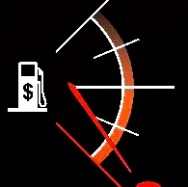 News moves quickly these days. Within hours of a rumor circulating that Tesla Motors is running low on cash, company CEO Elon Musk announced via Reuters that the company will close over $20 million in new funding by next week.

The rumor appears to have come from a company insider, present at an all-hands meeting called at Tesla’s headquarters. Both Left Lane and Valleywag reported, apparently independently, that the company had only $9 million left in its coffers — a relatively tiny amount for an auto maker.

Tesla has delivered 60 of its high-end Roadster sports cars to date, but has orders for over a thousand more, with deposits taken on all those orders. Musk told Reuters that he has “the means and wherewithal” (read: a private fortune) to see the orders fulfilled.

That should make some auto aficionados breathe a sigh of relief. However, Tesla’s future over the long term looks murky. Musk pushed out CEO Ze’ev Drori earlier this month and initiated layoffs, apparently because the company failed to find $100 million in funding to continue operations.

Even that amount was likely far less than Tesla was hoping for. As recently as this February, Musk was talking about a $250 million IPO. At the time, that looked like it might be a year out. But in current conditions, no cautious investor would bet on having an IPO anytime soon.

And that’s exactly Tesla’s problem. The company has a bevy of investors besides Musk, including several top-flight venture capital and private equity firms that almost certainly consider themselves “cautious”.

Those investors obviously declined to provide the full amount Tesla wants by themselves, and may just be buying some extra time with the $20 million funding while they look for a way out (a buyout by Ford seems like a good target to shoot for). They do know at least one thing — most of the money they invested is already gone, as evidenced by the reports, so they can’t simply pull back their money and walk away.