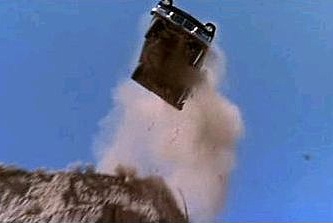 Tesla Motors, the maker of the high-performance Roadster, has become something of a symbol for the budding electric car industry. The many other startups in the space, then, should sit up and take notice of its latest move: A takeover of the CEO position by its chairman and chief investor, Elon Musk, the closure of an office near Detroit, and the layoff of dozens of employees.

Musk’s defensiveness is no real surprise. In a down economy, there’s bound to be less demand for luxury goods — and the $100,000 Roadster definitely qualifies. The company was counting on sales of the Roadster to transition it into a somewhat lower-priced car, the Model S, and an initial public offering on the stock markets.

With the markets in turmoil, Tesla’s options will be severely curtailed. In the company blog, Musk writes that the company will “reduce activity on detailed production engineering, tooling and commitments to suppliers” for the Model S, until a loan funding from the Department of Energy is received.”

The Roadster, of course, likely won’t sell enough units to fund the Model S. Luckily for Tesla, it will probably have plenty of support in continuing operations. The city of San Jose, Calif., where Tesla’s new manufacturing facility is located, has bet on Tesla in hopes of adding to its job pool and reputation. Chances seem good that San Jose will throw its efforts into finalizing the plant so that Tesla can receive its DOE loan.

But there’s another lingering worry, which is that oil prices will be depressed for several years while the global economy regains its footing. There was no better press for electric cars than gas topping $4 per gallon in the United States. With a serious depression, Tesla could be in for a long haul.