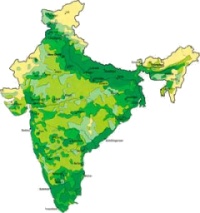 Ritzy hotels are filled with business people and investors betting on the economic future of India. And nearly three months after the terrorists’ attack that led to 188 deaths here, locals and tourists still flock to the imposing Gateway of India monument and the Taj Mahal Palace and Tower, which is open but surrounded by heavy, armed security who eye every visitor –- especially a foreign journalist shouldering a heavy black laptop bag.

I’ve jetted to India for a glimpse at how the country’s high-tech sector and other industries are doing during the economic meltdown -– and to see how India’s rising number of cross-border corporations and startups will keep the nation growing as an economic force.  Economists predict slower growth this year for India –- there’s no such creature as a recession-proof nation. But the global downturn hasn’t hurt the world’s second fastest-growing economy as badly as other countries. And if the optimistic investors and entrepreneurs at glitzy financial and media conferences here are right, India could dodge a recession and see a new era of innovation, entrepreneurship and economic growth in the coming decade. 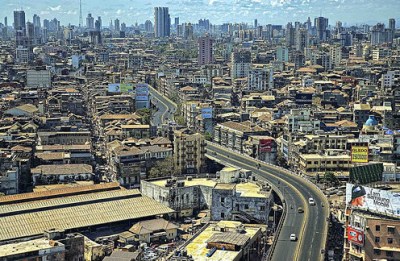 India has sped from a largely agrarian society to a business-services economy in only 30 or 40 years –- leaping past the long manufacturing stage experienced by other economies, such as the U.S. and China.

Many predict that a growing wave of hundreds of millions of middle-class consumers, college-educated students and business people will turn India into an economic superpower and an entrepreneurial heaven over the next 10 to 20 years.

Romi Malhotra, chairman of the Dominion executive-training firm in Bangalore, says that India’s young entrepreneurs –- “call them the Gen Y of India” –- have the raw talent, education and hunger to create a new wave of companies in the coming years. (See video below of Malhotra discussing entrepreneurship in India.) India may not yet boast its own Amazon.com, EBay or Etrade, says Mohanjit Jolly, head of venture firm Draper Fisher Jurvetson’s India office in Bangalore.

“But if you look at the demographics, the aspiration, the sheer entrepreneurial [spirit] here, the potential here is just remarkable,” Jolly says.

Consider Sahil Parikh and Sitanshi Talati-Parikh, a sharp couple in their late 20s who illustrate the budding startup culture in this country. Born in India, the two studied and met at the University of North Carolina before returning to their homeland a few years ago. Millions in their generation took the safer route, staying in India and landing jobs with large companies.  But the Parikhs –- inspired by their parents, who run their own India-based businesses and also have worked in the U.S. –- launched an online services firm called Synage in 2005 with their personal savings. Their leap of faith seems to be paying off.  One of the first movers in the Web 2.0 arena in India, Synage is riding the global software-as-a-service trend, as more companies seek to trim costs and streamline their operations by using more online business services. Thousands of corporate clients and small-business owners in the U.S. the United Kingdom and India are signing up for Synage’s DeskAway project-management software by subscription, according to Parikh. Parikh says the startup is within a quarter of turning a profit, and he may seek angel and venture funding if the tiny firm continues to grow at a fast clip. Synage also was recently named one of the hottest startups in India in an online competition by the Tata conglomerate and the non-profit National Entrepreneurship Network. 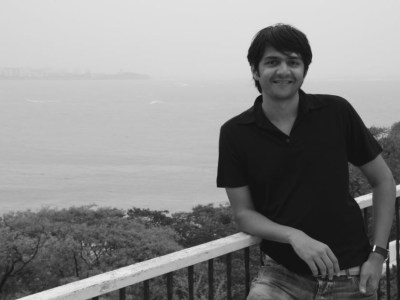 “It’s cool to create a company, cool to develop products, cool to work for yourself,” says Sahil Parikh, (right) over chaat snacks at the Willingdon Club here, where middle-class families and the elderly gather for cool drinks, card games and a round of golf.  “Now software-as-a-service is taking off. I think we’re at the right place at the right time.” (Read more about the Parikhs personal story at www.CoolGlobalBiz.com.)

Beyond the largest Indian corporations, entrepreneurs and small-to-midsized companies will find the going rougher this year. At a big Asian Venture Capital Journal private equity and venture capital conference this week at the Grand Hyatt Hotel, investors and analysts gathered to survey the financial carnage. Their outlook was bleak and uplifting at the same time.

Private equity and venture capital to major countries has slowed or fallen in recent quarters, although the long term still looks promising. Ajay Shah, a senior fellow at the National Institute of Public Finance and Policy, calls India a “pre-modern market economy” that lacks a well-integrated bond market and other financial infrastructure to move money quickly into the system.  Large conglomerates such as Tata and other Top 100 firms in India “will tap into all types of cash you’ve never heard of,” he says. But other companies –- especially family-run firms that lack diverse products –- cannot find debt capital and are being pounded by “unprecedented negative shocks to cash flow.”

Look for bankruptcies in the coming year, Shah warns. The private-equity world, which enjoyed a golden era of growth earlier this decade, is suffering through a global crisis “with no place to hide,” cautions Philip Bilden, managing director at HarbourVest Partners (Asia).

“My advice is to hang on for the ride,” Bilden says.  Private equity deals and dollars will fall several billion dollars this year to $5 billion or $7 billion, predicts Bain Capital principal Pavninder Singh, with activity picking up in the second half of the year.

The upside? The downturn will force investors and companies to reassess markets, retool their businesses and emerge leaner and stronger. The financial players remain bullish over the long run on India, with its rising number of companies in business services, pharmaceuticals, education and other sectors. And Mumbai (see post earlier this week), tech center Bangalore and other large cities and second-tier cities will lead the way. Venture capital firms based in India remain ravenous for promising startups.

While venture deal flow has leveled off so far this year, India enjoyed a record $874 million in 80 deals in 2008, according to Dow Jones VentureSource.