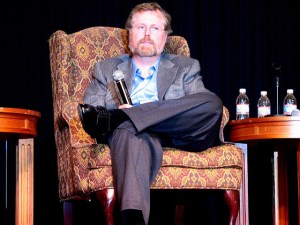 Intellectual Ventures is suing AT&T, Sprint and T-Mobile, accusing them of infringing on 14 separate patents. In a suit filed in U.S. District Court in Delaware today, Intellectual Ventures, a private company that has made a business of producing, collecting, licensing and litigating over patents, has made its boldest claim yet.

Intellectual Ventures told All Things D it decided to go to court after several months of business negotiations broke down. That’s a nice way of saying that these companies wouldn’t pay to be part of the protection racket that IV is running (you pay us, we don’t sue you).

If the case does go to trail, it will be an interesting test of IV’s muscle. AT&T in particular has both the resources and the patent portfolio to put up a serious fight.

The companies who agreed to be “investors” in IV, meaning they will pay to stay out of court, Adobe, Amazon.com, American Express, Apple, Cisco Systems, eBay, Inc., Google, Microsoft, Nokia, Verizon, and many more. Of course having Google as an investor didn’t stop IV from suing Motorola Mobility, that is, going after a company Google had already announced it was trying to acquire.

Intellectual Ventures was founded by Nathan Myhvorld, formerly the chief technology officer at Microsoft. It has an in-house team of inventors who dream up ideas and file for patents. It does not produce any actual products, its business is in licensing its patent portfolio. It has been the subject of scathing reports by National Public Radio, which called it a patent troll. The company continues to ramp up its aggressive legal action against the biggest names in the technology business.