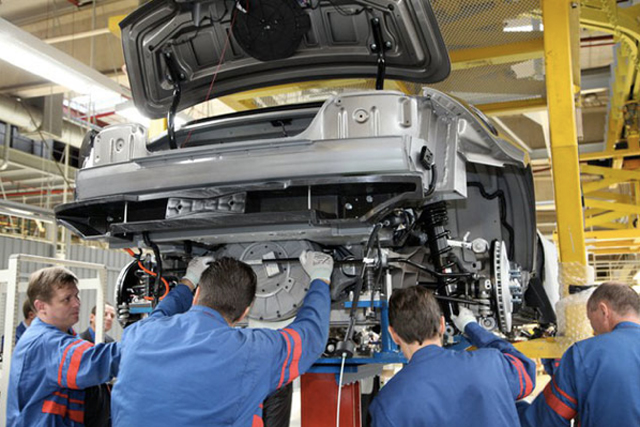 Electric car maker Fisker Automotive has issued a recall for 239 of its Karma vehicles, fewer than 50 of which have been sold to customers. The $96,000 luxury electric sedans have an issue with a hose clip in their battery units that could result in a coolant leak and possibly a fire.

All Karma owners have already been contacted by Fisker, and the company aims to have all the batteries replaced in customer cars before Jan. 1, Fisker spokesperson Roger Ormisher told VentureBeat.

While the number of vehicles affected may not seem high for a car recall (GM issued a recall for 4,296 vehicles the following day), it is actually a good chunk of all the Karmas that have been produced so far. The Karma only began shipping over the summer, after two years of delays and a disappointing EPA rating. Fisker plans on ramping-up production to between 10,000 and 12,000 Karma vehicles in 2012, slightly down from its earlier goal of 15,000 a year. Currently, it is producing 25 cars a day.

“What was interesting for us was how quickly we did this recall,” said Ormisher. “It can take weeks to get a recall in place and we did it in less than 48 hours.” The company acted immediately after discovering the issue, and had already called all retailers and started the process of replacing batteries when the official National Highway Traffic Safety Administration report went out.

It’s been a bumpy year for the electric-car startup. In October, the company missed manufacturing goals for its next vehicle, the plug-in extended-range dubbed Project Nina, and had to delay plans for production. The Karma is produced in Finland, but the Nina will be manufactured in a revamped GM plan in Wilmington, Delaware. Ormisher says there’s already a pre-production model of the Nina, and the company plans to start production on the car at the end of 2012.

Fisker Automotive has raised over $760 million in private equity financing so far, and has received $529 million in loans from the U.S. Department of Energy as part of the government’s green jobs initiative. Only $169 million of the U.S. loan money has gone toward production of the Fisker Karma.