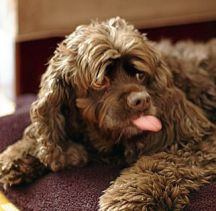 Thin-film solar panel maker Nanosolar isn’t shy about tooting its own horn. The heavily-funded startup has made a series of advances over the past couple years, from building one of the world’s largest solar cell factories to printing its first cells, all the while claiming that it has the best technology around.

Well, maybe the claims are true. CEO Martin Rosencheisen today unveiled a new tool made by the company, an ultra-fast solar cell printer (video below), that he tells me will create “a new regime of capital efficiency in the solar industry”, leaving competitors in the dust.

Most thin-film startups, including Nanosolar, use a material called CIGS to convert sunlight into electricity (regular cells use various forms of silicon). In theory, you just need to put a CIGS layer atop a substrate like a plastic sheet to start generating energy. In practice, making cells that are both uniformly efficient and cheap has been a challenge for CIGS startups.

What Nanosolar has now, it says, is a $1.65 million printing tool that can churn out one gigawatt of cells each year, running out up to 2000 feet of material each minute (the average speed is 100 feet per minute). Rather than stuttering as it speeds up, Rosencheisen says the printer is more effective at higher speeds, producing cells of up to 14 percent efficiency, which blows a recent record HelioVolt laid claim to, of 12.2 percent efficiency, out of the water.

Putting all that in perspective, most thin-film startups are contemplating initial production lines of under 100 megawatts, with cells running from 6 to 12 percent efficiency. Nanosolar is claiming jaw-dropping figures for a single production line — and at the equipment price, bargain-basement cheap. The tool “not only allows for ultra-low product cost but also makes it possible to scale to large volume without requiring ever larger external funds,” says Rosencheisen.

Furthermore, the tool is boosting Nanosolar’s already-ambitious production potentials at its plants in San Jose, Calif. and Germany, although Rosencheisen didn’t say by how much. The company is still scaling up at its facilities now, and has not yet hit its full production schedule.

So what does the news mean for other CIGS startups? It definitely sets a high bar. Although Heliovolt seems to be doing well, and IBM just made a big splash with its entry into CIGS, when I asked Rosencheisen which of those companies he has his eye on as competitors, he said “none”. Nanosolar, he says, is only competing with First Solar, the successful manufacturer of thin-film CdTe cells.

It’s impossible to get specific figures out of Nanosolar at the moment, but it sounds like the company either has, or it close to breaking the $1 per watt price barrier widely considered competitive (so no subsidies would be required). And if it is now cheap for the company to expand its production, there could be a lot more thin-film cells on the market over the next few years than anticipated.