Here are the top cleantech stories we’re following today on the GreenBeat: 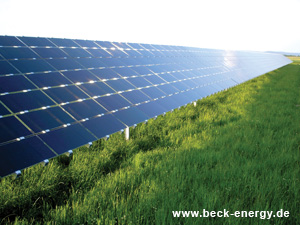 Global solar panel leader First Solar has announced a 15 percent rise in third-quarter profits, with net income increasing from $153.3 million to $176.8 million, Bloomberg writes. Sales rose from $481 million to $798 million thanks to increased demand from Germany and Canada. The company recently announced plans to double its capacity.

GE is placing what may be the largest order for electric vehicles in history, BusinessWeek writes. The company is ordering tens of thousands of electric cars that will be driven by its sales personnel of 45,000, although it hasn’t specified which car maker it’s ordering from. Electric car makers like Coda have said they want to target corporate fleets for sales. The Nissan Leaf, for example, has landed orders from car rental company Hertz.

Tessera Solar has won approval for a $2 billion, 664-megawatt solar plant in Southern California, which, when completed, will power 200,000 to 500,000 homes, Reuters reports.

Italy’s top utility, Enel, has slashed the price of the renewable energy unit it’s selling in an IPO today to $11.1 billion, Bloomberg writes. Its  price had been considered too high by investors.

First Wind withdrew its IPO yesterday after first cutting its price by 25 percent. The company was burdened by heavy debt and cited unattractive terms from investors as the reason for its pullout.