In case you’re tired of reading about the markets imploding, here’s some unrelated news: 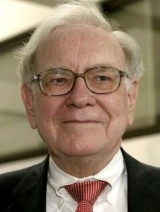 Web radio bill passes House — Companies like Pandora and Last.fm may survive after all, following the passage of a bill in the House allowing web radio companies to negotiate their own terms with copyright holders.

Is cloud computing a marketing hype campaign? — Free software campaigner Richard Stallman really hates the idea of cloud computing, warning of a future increase in fees for others to own your data.

One of private equity’s worst deals ever — TPG’s $1.35 billion investment in Washington Mutual, part of a $7 billion syndicate, was entirely wiped out late last week. It was one of the largest private equity deals in history, although representing less than 10 percent of TPG’s total capital, so it won’t (immediately) wipe the firm out.

ShuffleBrain readies photo game for Facebook — CNET has a good profile of ShuffleBrain, a game startup that will allow players to create their own photo-building game in a yet-to-be released Facebook app.

Apple TV update may be coming tomorrow — A mysterious message sent to Apple resellers, and picked up by The Unofficial Apple Weblog, suggests that an updated Apple TV may be coming Tuesday. 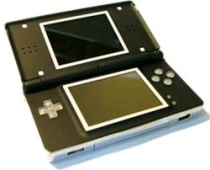 Nintendo may offer DS Lite follow-up by year’s end — The successful DS Lite may have a successor by the end of this year, according to Crave, with better wireless, a camera and music playback.

Multimedia chip maker NeoMagic dies — The Santa Clara, Calif. company’s shares were once listed for $125 on Nasdaq. Its remaining 52 employees are now being set free.

The new pathway of innovation — Union Square Ventures’ Brad Burnham ruminates on the new flow of innovation from consumers to business, versus the old, opposite way.