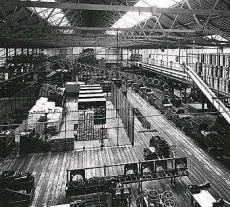 Tesla Motors, the heavily-funded electric car company that produces the high-end Roadster sports car, has settled on a location in San Jose, Calif. for its manufacturing plant to make a more market-oriented car model.

The site of the new factory has been uncertain, while Tesla let various states and cities go through a bidding process of offering financial incentives. After deciding to site in the United States, the company in mid-summer allowed California governor Arnold Schwarzenegger to woo it away from Nevada.

But those expecting immediate electric car gratification may be doomed to a long wait. Construction on the plant won’t begin until the middle of next year. The very first Model S, the company’s $60,000 sedan, will roll off the line in late 2010 — at least according to the company’s estimates. In reality, even long-term projects like this often face little setbacks and delays.

Eventually, Tesla hopes to manufacture 15,000 to 30,000 cars each year at the factory, which will employ 1,000. For San Jose, this is a major win, bringing both prestige and a new group of skilled, well-paid workers. Conveniently, it will also be only a short jaunt from Tesla’s San Carlos headquarters (a map showing the specific location in San Jose is below).

Incidentally, this isn’t the only 1,000 worker electric car factory being planned. Also in the works is a plant in Kentucky to build cars for Zap. The $100 million facility is slated for completion in a year’s time to make the Alias, a concept car design by the company. Yet Zap has been accused of seriously inflating its claims in the past. For the moment, the Tesla news remains more noteworthy.

However, it should be noted that Tesla is planning a $250 million initial public offering on the stock markets. That capital is intended to go toward the San Jose plant and the Model S, so if the markets don’t become healthy enough to allow Tesla to hit the public markets next year, the company could have problems hitting deadlines. But if that turns out to be the case, we’ll all have bigger problems than a scuttled car plant. 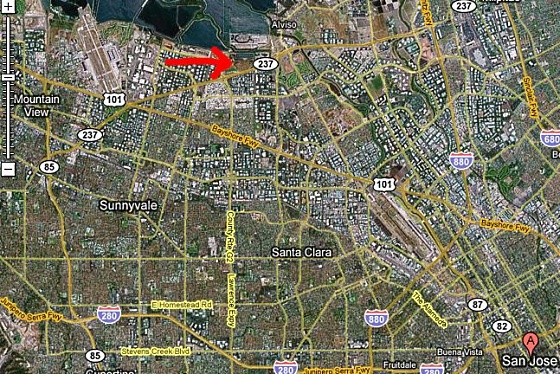