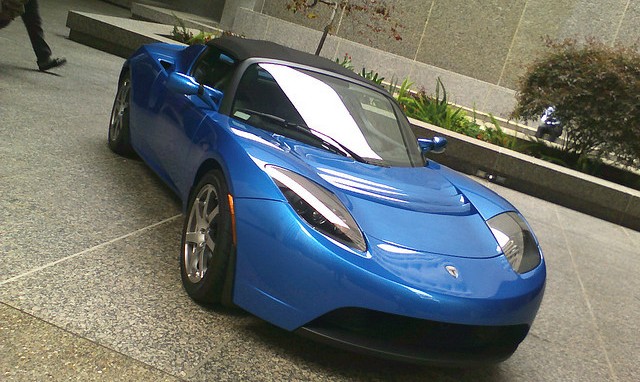 Blogger Michael DeGusta sparked a minor uproar in the electric vehicle community this week when he posted about the “devastating design flaw” that he said left many Tesla cars “bricked:” their batteries depleted, unable to move, with the only repair being a new $40,000 battery.

Tesla responded today with a long blog post that tried to answer Mr. DeGusta’s accusations point by point. “If ever the battery in your Tesla runs low, the car is designed to let you know with repeated visual and audible warnings…. Starting with Roadster 2.0, owners can also elect for their car to contact Tesla headquarters once the state of charge falls below a specified level, and we can then contact the owner.”

Mr. DeGusta has his own spin on what Tesla describes as their exemplary service. “In at least one case, Tesla went even further. The Tesla service manager admitted that, unable to contact an owner by phone, Tesla remotely activated a dying vehicle’s GPS to determine its location and then dispatched Tesla staff to go there. It is not clear if Tesla had obtained this owner’s consent to allow this tracking, or if the owner is even aware that his vehicle had been tracked. Further, the service manager acknowledged that this use of tracking was not something they generally tell customers about. Going to these lengths could be seen as customer service, but it would also seem to fit with an internal awareness at Tesla of the gravity of the “bricking” problem, and the potentially disastrous public relations and sales fallout that could result from it becoming more broadly known.”

DeGusta wants to have things both ways. Tesla is intentionally playing down the issue and trying to keep customers from knowing about the danger. When they do go above and beyond to ensure that their customers don’t lose a battery, its an invasion of privacy and a cover up to keep the problem from being widely known.

The truth is that any electrical vehicle needs to be treated with a certain amount of care. As Sam Jaffe explains at the Clean Energy Blog:

Another error on the part of the blogger is the claim that if the cars discharge fully, the battery packs will be damaged. This is blatantly false.The battery management system of the Tesla Roadster keeps the battery from being discharged to a damagingly low state of charge under normal driving conditions. It’s true that a full discharge to zero percent state of charge can potentially be damaging to a battery. However the battery management system of the Roadster won’t allow the car to reach that low level of charge. There is a fundamental problem when any rechargeable battery is discharged and then left to sit for months. Any boat owner understands that that’s why you plug in a trickle charger when the craft is put into storage. The same should be done for any electric vehicle. However, to imply that the Tesla Roadster has a fundamental design flaw because of the nature of electrochemistry is like saying that Chrysler has a fundamental design flaw because its engines will be damaged if you drain all the oil out and then drive cross-country.

DeGusta claims to have found five instances of Tesla vehicles that were bricked. He doesn’t have any names or links to support this claim. It would be very interesting to hear from those owners directly, since DeGusta himself doesn’t own a Tesla (he’s on the waiting list).

Jaffe over at Clean Energy has a response to this as well:

Here’s the primary fact that the blogger in question doesn’t understand: the Tesla battery pack is not a battery. It’s a collection of more than 8,000 individual batteries. Each of those cells is independently managed. So there’s only two ways for the entire battery pack to fail. The first is if all 8,000 cells individually fail (highly unlikely except in the case of something catastrophic like a fire). The second failure mechanism is if the battery management system tells the pack to shut down because it has detected a dangerous situation, such as an extremely low depth of discharge. If that’s the case, all that needs to be done is to tow the vehicle to a charger, recharge the batteries and then reboot the battery management system. This is the most likely explanation for the five “bricks” that the blogger claims to have heard about. They probably aren’t actually bricks, but cars in need of servicing.

At this point the claims from DeGusta directly contradict what Tesla and an independent blogger have said. We’ll keep you updated if anyone else weighs in or fresh details emerge. So far, Tesla hasn’t said anything about adding an option for insurance on the battery, which was DeGusta’s biggest complaint in terms of the company’s failure to protect its customers.