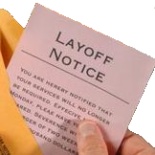 Following its ouster of founder Martin Eberhard and appointment of new chief executive Ze’ev Drori late last year, electric car maker Tesla Motors is going through a fresh round of layoffs, including several execs and members of its engineering team.

Eberhard revealed the news yesterday on his Tesla Founders blog in a post titled “Stealth Bloodbath,” listing 26 people (full list below) who have lost their jobs at Tesla through what he called “random firings on a daily basis,” and questioning the company’s motives.

Following Tesla’s production delays, the firings might seem like a good basis for concern, but a company spokesperson, Darryl Siry, told us there’s no reason to worry. “We’re letting go of people who are either not the best on the team, or are working on something that is not a priority,” he said in an interview.

The company’s new CEO is “holding people accountable at all levels, and that starts at the top,” Siry said of the executive departures. Three top execs were removed, including the vice presidents in charge of manufacturing and the White Star, Tesla’s upcoming mass-market model.

Supporters quoted by Eberhard on his blog disagree. “Everyone understands necessary, rational cost management actions in startups, but this was neither necessary nor rational,” writes one, with another stating that “The new management have slowly squeezed the life out of engineering.”

Siry, in turn, points out that the company has over 250 employees, and is growing out of its startup phase. “I think [the layoffs] are normal. It’s painful, it’s difficult, but it’s not unusual,” he said. And, he added, some of the layoffs were only contractors, or date back to October of last year.

It’s also worth noting that Tesla has already opened a wait list for the 2009 Roadster. The company also says it is still on track for a 2010 release of the White Star.

The full list of dismissals from Eberhard’s blog is below:

Update: We’ve removed the names following a polite request by someone on the list concerned about privacy. Also note that the employment terms of some people on this list are actually not scheduled to end until next month.