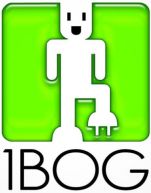 Social activism startup Virgance is no slow mover. The San Francisco startup, which last month took the wraps off two projects aiming to change the behavior of corporations through consumer buying power and help intelligently distribute philanthropic wealth, has acquired a solar-power cooperative effort called 1 Block Off the Grid (or 1BOG) that will give homeowners in 20 cities leverage to go green.

Like Virgance’s other efforts, 1BOG is all about community effort toward a common good. But there’s an added element to 1BOG: It’s also a great way to personally benefit from activism. Under the plan, consumers who want to install solar panels band together into coordinated buying groups to cut a deal for their own home’s installation.

The resulting savings can be really good: One of the participants in 1BOG’s inaugural program in San Francisco cut 43 percent off list price, according to co-founder Sylvia Ventura. For the average customer, the benefit will probably be closer to about 20 percent off, or $1.50 per watt that’s installed. Apply that to a $25,000 solar system, and you’ve just saved $5,000 — and rebates knock off much of the rest of the price.

Some 180 people received a home evaluation out of that group, with 35 eventually buying, which made the “1 Block” appellation rather fitting. However, there’s nothing to limit the size of the groups that go in for the packages. And since coordinated solar buys aren’t new — some cities have run their own — it’s Virgance’s method of marketing and profiting from 1BOG that really stands out. 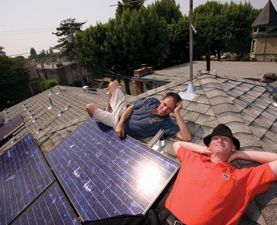 The three founders of 1BOG will manage the 20 cities that the company is moving into themselves, combining outreach through blogs and newspapers with word-of-mouth through people joining the program, who are also operating out of self interest, knowing that larger groups equal larger savings.

When it comes time to negotiate the installations, the 1BOG founders kick back in, using their knowledge to haggle down the price (co-founder Dave Llorens is, himself, a solar installer). For 1BOG’s cut, it takes 25 cents per watt, out of the total average savings of $1.75. So on that $25,000 solar system alone, Virgance might make almost $1,000 dollars. With hundreds or thousands of participants, the numbers add up.

The idea seems almost too easy, as reflected by the confidence of Virgance CEO Steve Newcomb, who told me that 1BOG alone will be “in the millions of dollars of revenue very, very soon.” But it’s also worthwhile to remember that the solar installation market is very new, and there’s a lot of room for new ideas. And sometimes, it’s the simple ideas that work best.