While San Carlos, Calif.-based Tesla Motors gets plenty of attention for its much-hyped Roadster, it’s only one of a group of California startups aiming to commercialize electric cars. Idealab-backed Aptera, which is based out of Carlsbad, officially unveiled its new Typ-1 design today, with a scheduled 2008 shipping date.

Where Tesla decided to go with a standard-looking car, however, Aptera has chosen a rather unconventional design. Like the Zap Xebra, the Typ-1 is a three-wheeled car — in this case, two front wheels and one back. (See full-sized picture below.)

The company says its futuristic design is “extremely safe,” but the car’s rather bizarre appearance does raise some serious questions. First, how many people will want to buy this two-seat three-wheeler for $30K? Second, how will it ever get regulatory approval for the mass market. 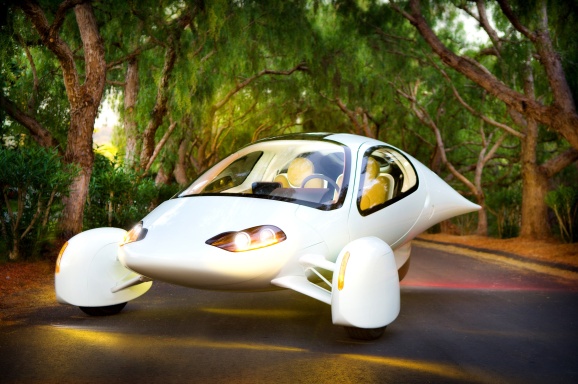 Starting with the easier question — the second one — Aptera is a registered motorcycle manufacturer. Like Volkswagen’s similar but never launched GX3, the two-seat vehicle would qualify as a motorcycle for registration purposes.

Aptera appears to have paid some attention to the history of VW’s cancellation of the GX3. In that case, the company’s internal lawyers had the product scrapped, citing liability concerns. The GX3 was open-topped, and the exposed driver, they said, would be too likely to be injured.

Aptera’s design is fully-enclosed with reinforced roof and doors, protecting passengers in the event of a roll-over. It has a crash-tested front end with airbags for frontal collisions.

Assuming Aptera makes it past the concerns of lawyers and government officials, it still needs to convince consumers. Three-wheeled vehicles sound like a concept from 1950s science fiction, and the car’s odd body design, in our view, harks back to the same lost era. To a consumer base that’s been buying four-wheeled vehicles for several decades now, the idea of a three-wheeled car will seem outlandish.

And that’s just the tip of the iceberg when it comes to Aptera’s challenges. Commercializing any electric or hybrid car comes with its own set of issues. For a more in-depth commentary on the market, including pricing and branding, read VentureBeat posts on the thoughts of Darryl Siry and Vinod Khosla.

Of course, we could be wrong in being skeptical. At its price, the Aptera is a steal, compared to Tesla’s $100,000 Roadster. And Aptera says it already has 400 pre-orders, without having done any advertising to this point.

Aptera’s Typ-1 will come in two models: the $26,900 all-electric Typ-1e, with a range of 120 miles, and the $29,900 Typ-1h, a hybrid gas/electric vehicle the company says will travel 600 miles. The company hasn’t announced a firm delivery date yet for 2008 but is accepting deposits on vehicles. 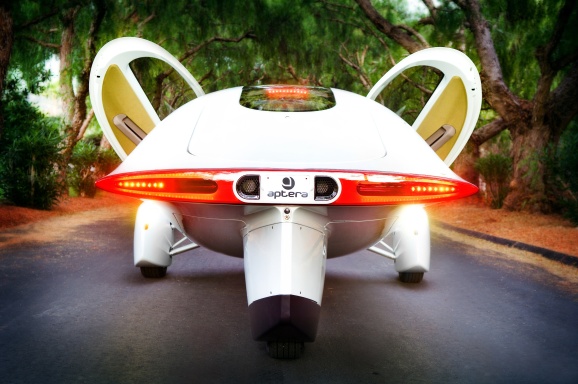 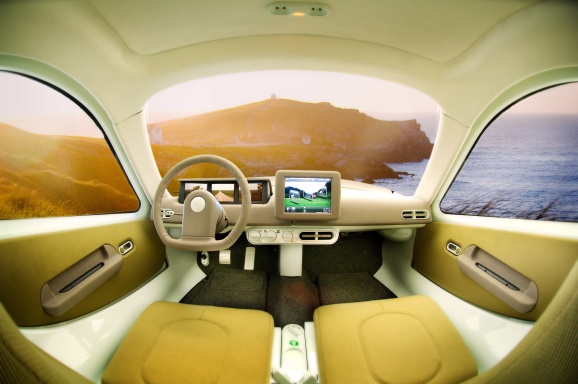