Stimulating the senses with something non-existent is what all the fuss has been about this year.  From flooding the floors at CES in January to lines wrapping around the halls at GDC, virtual reality has been going through a renaissance after its not so victorious consumer adoption in the 90s. As headsets become smaller, lighter, and more affordable, we take a look at some emerging startups that will be shaping the future of VR, AR, and mixed reality this year. And guess what? It’s not all about gaming.

The ten companies below are part of the VR/AR Hacker Unit cohort — the first, entirely remote accelerator. The program is quite unique in the way that it advances the concept of business collaboration and experimentation between startups and established industry leaders, whether that’s tech giants or consumer brands. Intel for instance has been on board from the kickoff of this season engaging with six of the participating startups on a business level and advancing their VR program. The accelerator is currently adding more business partners to its portfolio of upcoming seasons.

Without further ado, here are the ten startups that will be shaping the virtual reality world:

Location-based VR is perhaps the most relevant technology in the VR world and is expected to replace, or at least alter, indoor entertainment areas like theme parks, paintball, and laser combat fields, mall entertainment areas, etc.  Gamers are looking for more immersive and interactive experiences than their own VR setup at home. The solution, built by the Istanbul-based startup, is a complete product package which contains affordable tracking hardware, physical environment, and VR content. AVR is mostly focused on affordable and easy setup as all current location-based CAVE solutions are expensive and require high-end expertise to put in place. 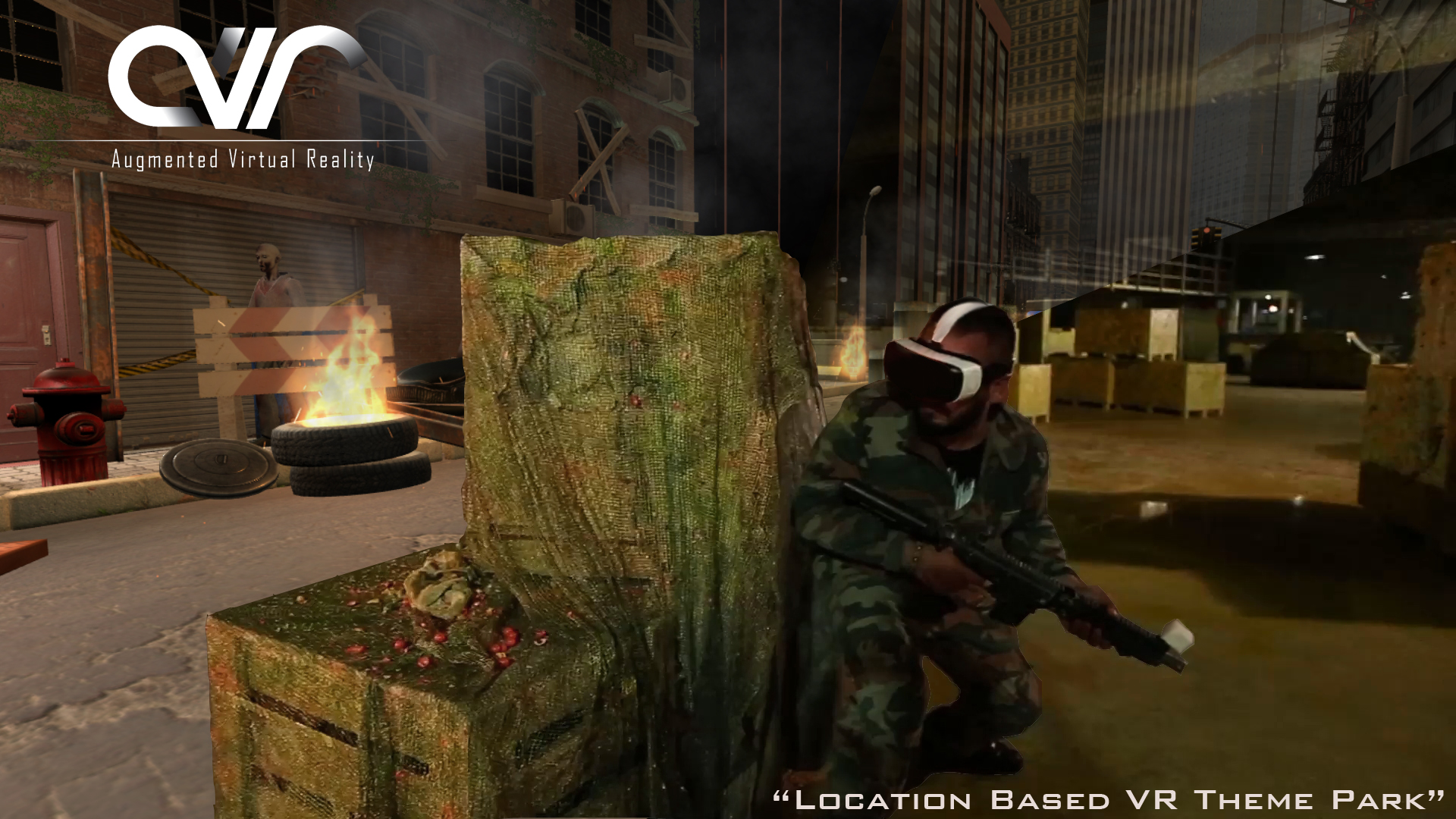 Two-screen experience on a single screen

InvisiVision has a patent-pending technology that allows users to see two different projections on the same screen at the same time through the use of their bifocal polarized eyewear. This cost-effective eyewear allows users to watch two parallel storylines in a movie simultaneously, see battle sequences from different characters’ perspectives, see multilingual subtitles, and even see closed captions for the hearing-impaired. The technology generally offers a better and more immersive experience to an entertainment industry that, according to InvisiVision’s founder, has grown stagnant.

The Airbnb for virtual reality is a shared economy marketplace that gathers like-minded people and early adopters of high-quality Virtual Reality hardware and encourages them to share their gear and knowledge with others. Their quality assurance, curated software selection, and cooperation with hardware companies provides a perfect starting point for any VR enthusiasts. The marketplace aims at providing high-end experiences for everyone passionate about virtual reality. 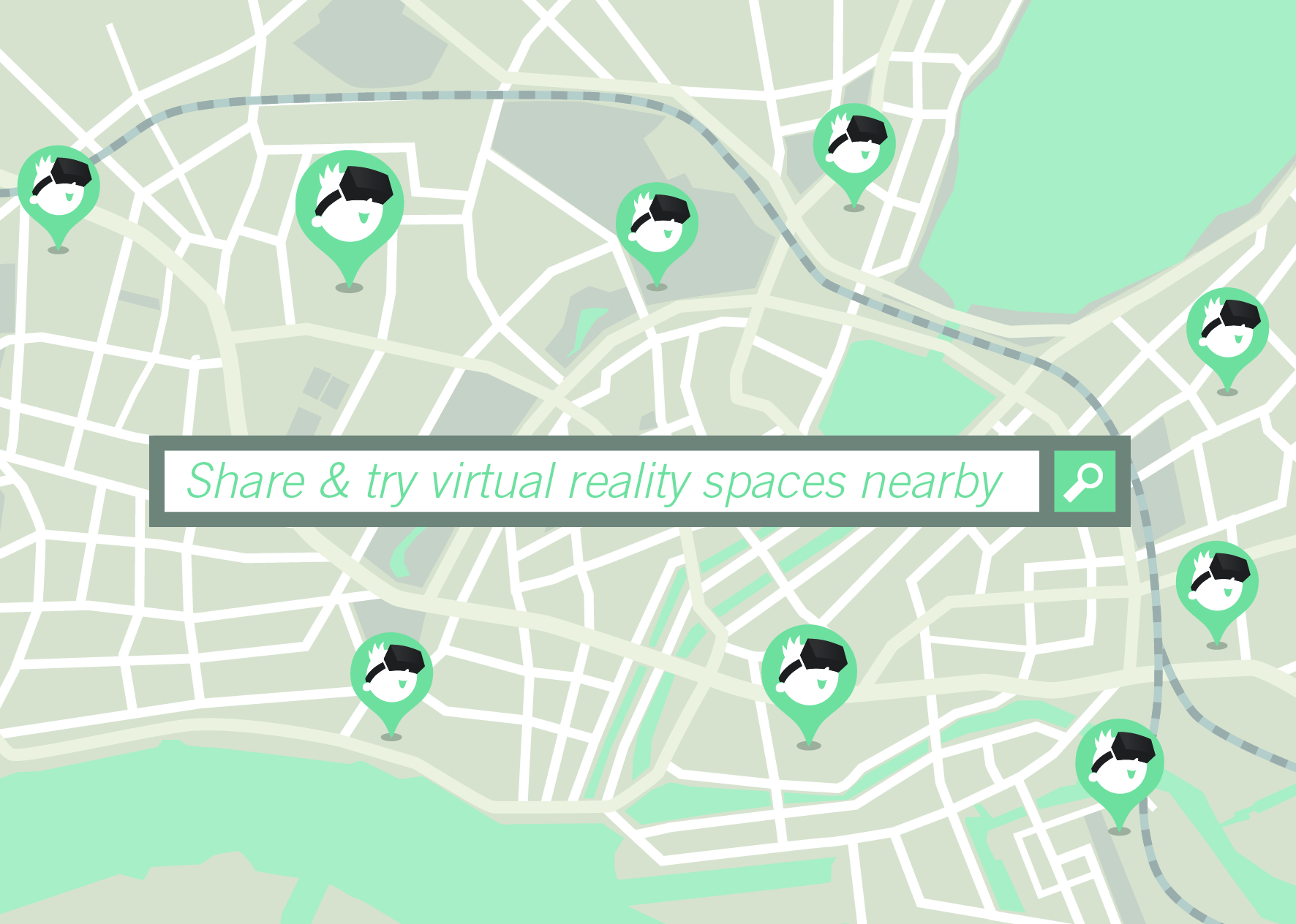 Noys gives musicians the opportunity to perform live in virtual worlds. The app created by a stellar team of music lovers and developers allows listeners from all over the world to see live performances with a VR headset. As the interaction between a musician and their fans is the main driver for performing and visiting live concerts, NOYS offers many social-VR features as well. The startup’s main goal is to equip artists with a sophisticated toolset and help them promote themselves while also encouraging users to attend interactive music experiences. A preview of the product is going to be available in the Gear VR Store very soon. 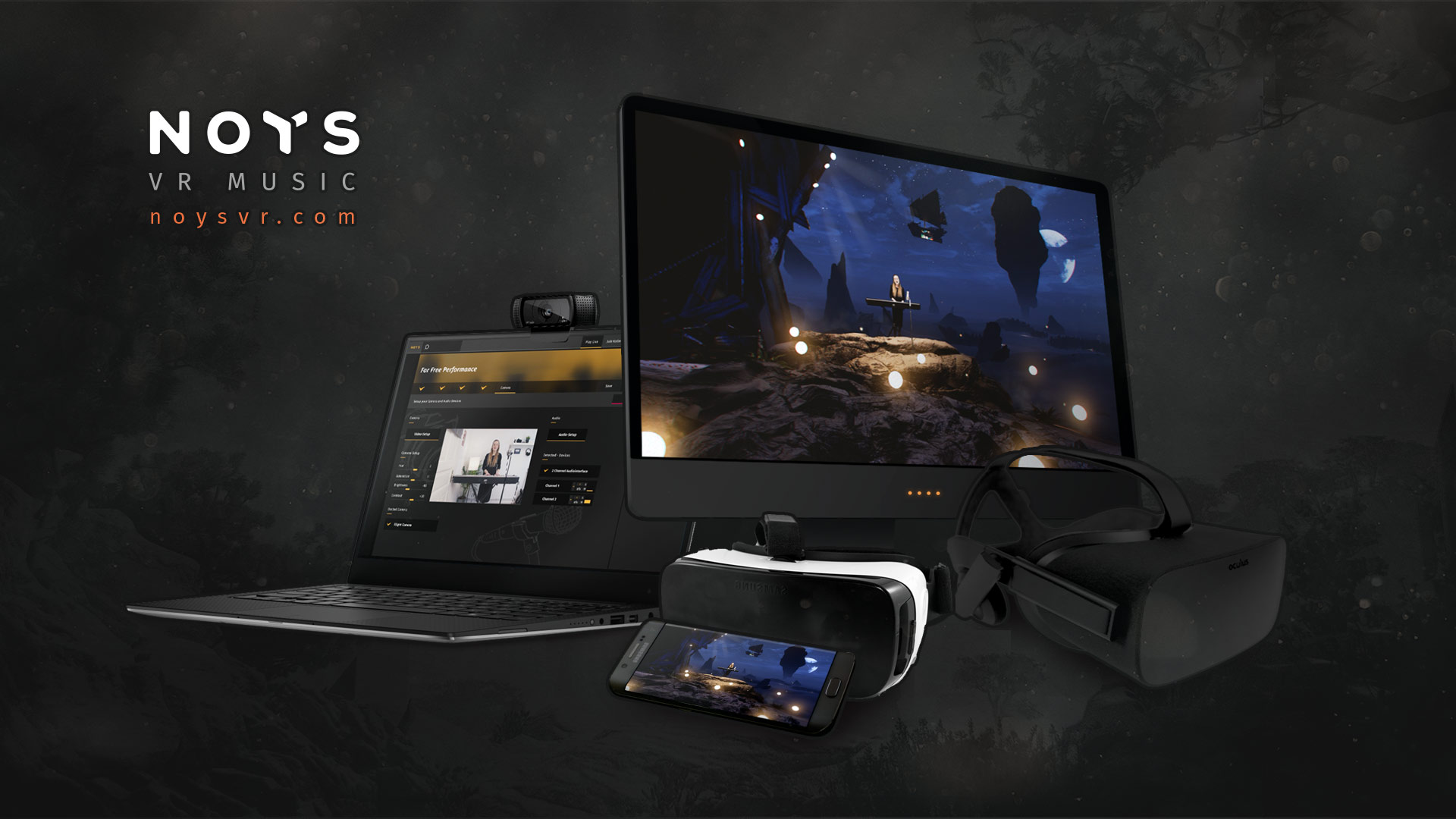 Not many startups can say that they’ve already tested their product at the Arts Décoratifs museum, and the Louvre Museum in Lens. Opuscope, a startup creating a centralized platform to access art and history on demand through immersive tours in VR, has done exactly that. The company developed a technology that generates smart scenography that adapts to exhibits. With its software, Opuscope wants to empower museums and cultural institutions by letting them create their own customized mixed reality exhibitions. The Opuscope app will be available on most VR platforms by the end of summer and the team hopes to introduce mixed reality experiences by 2017.

The Canadian startup has developed a first-person VR content creation platform for iOS and Android. Accompanied with printable, insanely low-cost controllers, Pinch opens up the world for anyone to create, collaborate, and share interactive VR experiences using their smartphone. The platform also comes with a free software development kit (SDK) that leverages market-leading headset devices in a highly accessible, user-friendly way. 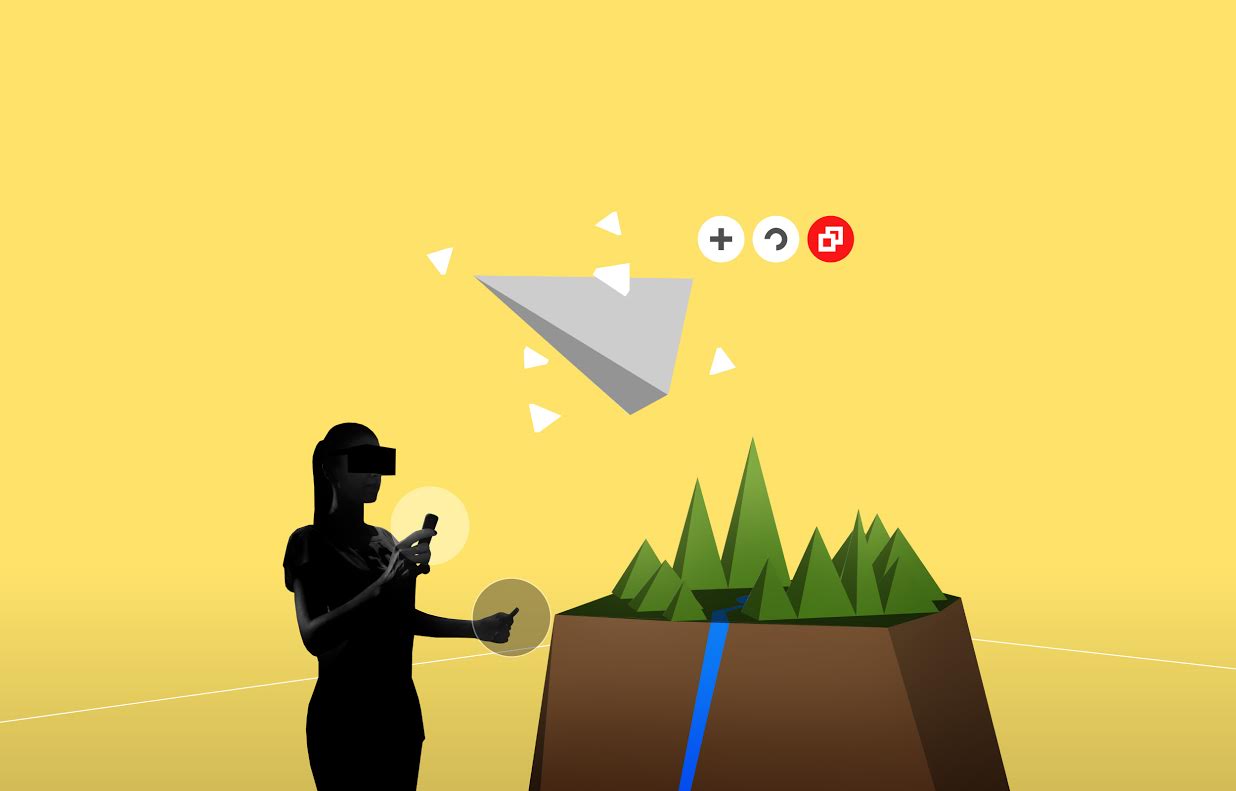 A drone startup in an AR/VR accelerator? Heck, yeah! With a focus on precision flight, PRENAV is essentially building automated reality capture drones: “press button -> capture environment.” PRENAV is already being used for infrastructure inspection, roof inspection, cinematography, and light shows, but is also exploring how to turn its scan data into VR experiences for commercial customers. PRENAV has raised $2.5M in seed funding to date and is based in San Carlos, CA. Check out their precision navigation technology in action in this award-winning drone light painting video. Spaceout.VR is a multi-feature Virtual Reality space and community that features user-owned music, images, and social content, powering hyper-compelling experiences in VR. Their unique product includes three distinct layers of experience: Rhythm.VR — music powered experience; Vision.VR — photo/video powered experience; and powwow.VR — a social, geospatial information-rich voice chat. The company makes software that transforms the physical medium of the user into Virtual Reality entertainment, communication, and games which then can be easily shared with friends. Spaceout.VR is an integrated content publisher for Google Cardboard, Oculus, HTC Vive, and Gear VR. Download the free app and try it for yourself. Model the world with a phone

Trnio is the first 3D scanning platform for mobile that is user-friendly, fast, and produces crisp, vibrant colors. Its platform uses intelligent machine learning to produce textured, high-resolution 3D images from scans taken on everyday devices, whether it be a smartphone, drone, or DSRL. Just scan from your mobile device and send to Trnio. Within seconds you receive a high-quality, 3D-rendered image. No more need for clunky, expensive machines, or extensive technical knowledge. With Trnio, anyone  can create high-quality 3D renders for game avatars, prototypes, and more.

Virtual reality is set to revolutionize real estate, but getting existing properties into VR is a time-consuming and labor-intensive process. Virt has found the answer by combining 360-degree videos and robots in the VirtMobi. The rover drives through a space, navigating all of the walkable paths. Then the videos are stitched and aligned into a single map. The end result is a photo-realistic environment that users can smoothly walk through and explore. The initial target market is real estate, but this is an efficient and cost-effective way to get any indoor space online and into VR.

Hacker Unit’s value as a remote accelerator lies in its ability to attract some of the most influential mentors in the industry. Mentors for the first two seasons include Chris Bailey from Hotel Tonight, Rand Hindi from Snips, Francisco Martin from BigML, Alban Denoyel from Sketchfab, Jeff Norris from the NASA JPL program, and Raven Zachary from Object Theory.

To take a deeper look into Hacker Unit’s metrics, mentors, and startups, check the AngelList profile page. If you’d like to get in touch with them and find out more about their solutions, we will be happy to help: contact@hackerunit.com.

Hacker Unit was launched in November, 2015 by BeMyApp.