Venture funding in female-founded businesses has remained painfully stagnant at only 2.2 percent for two years in a row. Insiders expect that figure to begin trending upwards, albeit slowly.

A new survey of female founders reveals that a mere 8 percent feel supported by the venture community. The sluggish growth of female leadership in venture capital is considered the largest culprit — nearly three-quarters of U.S. firms lack even a single female partner. Many junior female investors burn out before reaching senior ranks, frequently citing a shortage of support as a factor. But now nearly 1,000 female VCs globally are working together on a fix.

The Global Women in VC Directory is the largest self-reported directory of women investors at institutional, corporate, and family offices on record. It includes VCs across over 600 funds from more than 25 countries. The private directory is password protected and for women currently in the venture community only, but the co-creators of this initiative — Sutian Dong, Partner at Female Founders Fund, and Jessica Peltz-Zatulove, Partner at MDC Ventures — have just released some key findings from the group.

Common stages that female VCs invest in — and why

By a huge margin, women predominantly invest in the early stage, with 71 percent investing in Series A and 66 percent investing at the seed stage, according to data collected through the directory. Meanwhile, when it comes to Series B and growth stage deals, significantly fewer women invest — 44 and 30 percent, respectively. The gap widens at the partner level — just 20 percent invest at the growth stage and 37 percent at Series B (compared to 75 percent investing at the seed stage and 68 percent at Series A). The problem is clear: When fewer women are at the table and — more specifically — writing checks, fewer women-led companies get funded. Looking at these figures, it’s not surprising so few female founders successfully raise Series B and growth rounds.

The sectors women invest in 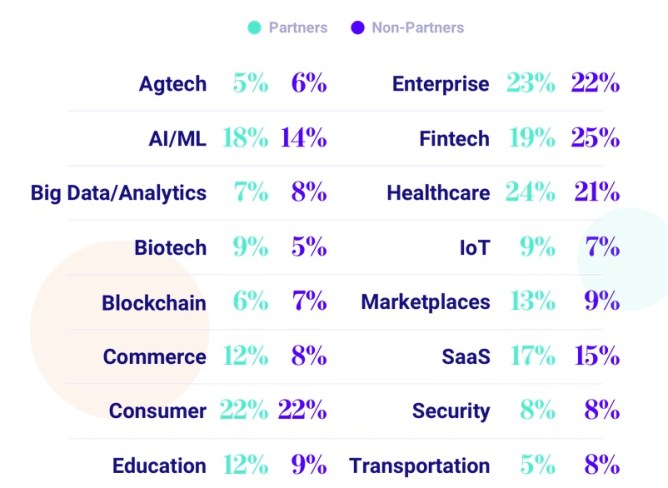 The top industries vary widely when reviewing deal flow among partners vs. those at more junior levels. For instance, the number one sector women partners invest in is healthcare. They’re also more likely to focus on marketplaces, biotech, education, AI, and commerce than their more junior counterparts. Junior VCs, on the other hand, show a greater preference for fintech, transportation, agtech, insurtech, and AR/VR than partners.

A path towards more women in leadership 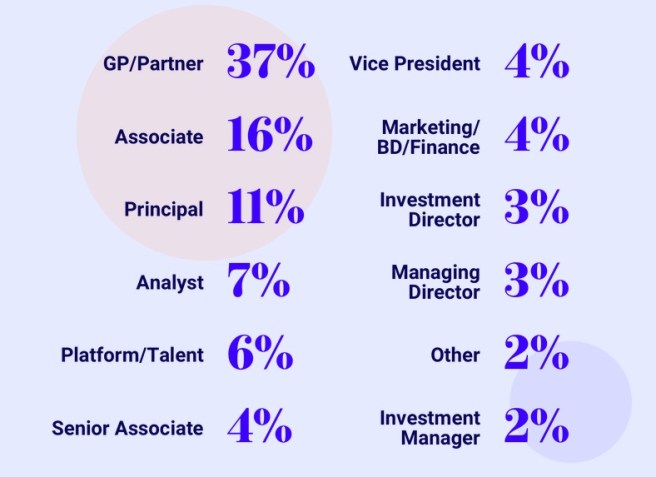 “We have to uplevel both support for junior talent to reach the partner level and funding initiatives for women to increase the number of first-time female fund managers globally. It starts with more women not only speaking up, but working together to identify solutions,” Dong told me.

Most women in VC work in San Francisco (29 percent) and New York (27 percent), followed by London (9 percent), Boston (5 percent), and Chicago (4 percent), according to the directory’s data. While 36 percent of all female partners are unsurprisingly based in the Bay Area, the New York venture market is bursting with junior female talent — 32 percent of all non-partners in VC reside there. SF follows with 25 percent. Some global markets for emerging junior talent are Toronto, LA, DC, Sydney, Berlin, Singapore, St. Louis, Amsterdam, Bangkok, and Tel Aviv. 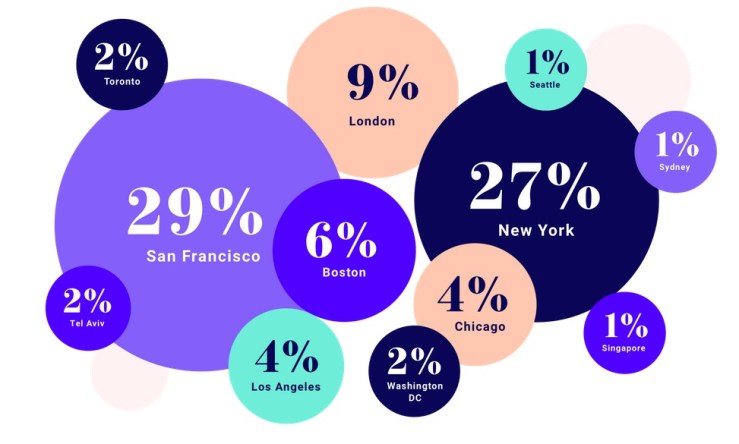 “This research demonstrates that women are betting big on technical businesses and investing in a wide range of markets. It debunks any misconceptions that women predominately invest in consumer or commerce companies,” Peltz-Zatulove told me. Since the women in the directory hail from 74 cities and 29 countries, the community “has become a gateway to a larger support system when there’s often a shortage of other women investors in their local market, it’s helping keep them in the industry instead of churning out.

The directory of women VCs does more than shine a light on these statistics, though, say Peltz-Zatulove and Dong. They see it as a community that can effect change. “[It enables] women VCs to better connect with each other to collaborate, share deal flow, and foster a strong sense of community,” said Dong. “The broad access to real-time industry data and trends [in that community] is a powerful added benefit. It can be used to identify growth, detect gaps, and understand exactly where and why women are still hitting major roadblocks within venture.”

Beck Bamberger is an investor and founder of Bam Communications. She contributes regularly to Forbes, Fast Company, and AdAge.